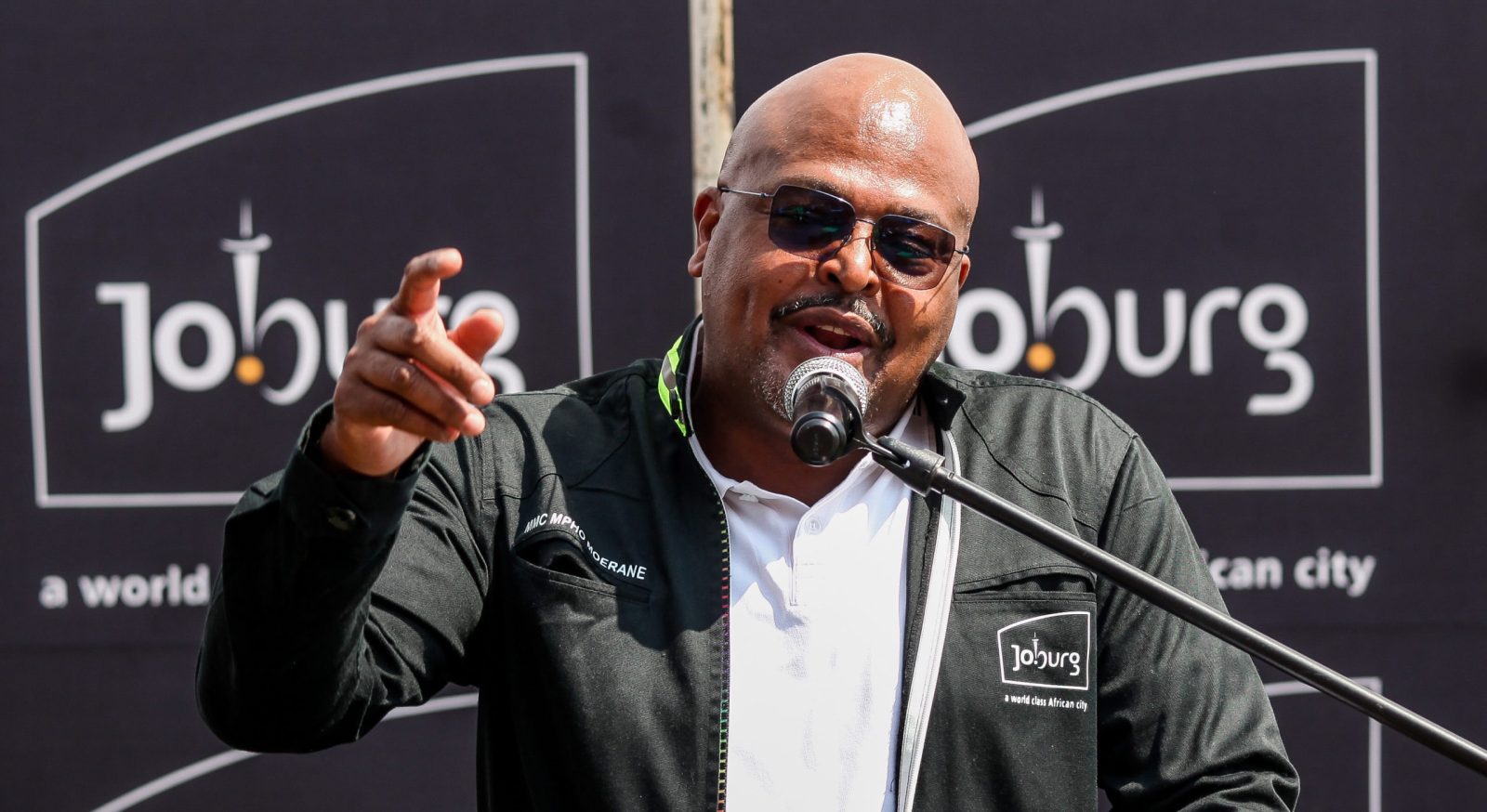 The newly-elected Johannesburg Mayor Mpho Moerane is geared to take up the baton to improve service delivery, specifically in regard to the reliability of power supply across all areas currently provided by Eskom in the city.

Restoring the collapsed electricity infrastructure in Johannesburg has been part of the economic reconstruction and recovery plan for the year, first formally announced by late Mayor Jolidee Matongo. Matongo first announced the plans in his financial year’s budget speech of 2021/2022 in his capacity as the City of Johannesburg’s Finance Member of Mayoral Committee, as reported by CNBC Africa.

Moerane, who was sworn in last week, says he is demonstrating his support to facilitating the service delivery commitments started by both late Executive Mayors, Councillor Geoff Makhubo and Councillor Matongo.

For many years, the Johannesburg grid has edged closer to collapse as a result of outstanding bills payments, vandalism, cable theft, and irregular maintenance of ageing infrastructure. This has severely impacted residents in the form of frequent power cuts and has also disrupted crucial utility functions, such as water the provincial water supply, that depend on electricity.

Moerane says the decision to migrate areas currently supplied by Eskom to the municipal power utility entity, City Power, would improve the reliability of power supply.

He told Daily Maverick via email: “Considering that there is a great amount of debt attributed to Johannesburg residents’ Eskom account holders, to manage the cost of electricity supply, reliability of supply and demand pressure on City Power, the city is also looking at introducing an alternative energy mix. This will include mini-grids, solar panels, gas, and smart meters that will enable households to closely monitor and manage their consumption”.

Noting the financial constraints of many residents, Moerane said the City is encouraging Joburg residents who can not afford to pay for electricity to come forward and apply to be part of the expanded social package (ESP) or rebates programme, in order to be exempted. Moerane said the move is aimed at curbing illegal electricity connections which contribute to vandalism of substations and power supply interruptions in Johannesburg communities.

A date has yet to be announced from when the migration would take place.

Moerane says the migration from Eskom to City Power is a complex ongoing long-term process but he believes it will be a success given that the city is already in negotiations with Eskom.

Eskom confirmed to Daily Maverick that it is in exploratory discussions with the City of Johannesburg and other parties involved saying, “at an appropriate time, and as discussions advance, Eskom will ensure that all relevant stakeholders are engaged and form part of the process. It is to be noted that any eventual handover of, or changes, in the distribution licence would also require numerous regulatory approvals, including the National Energy Regulator of South Africa and National Treasury, amongst others”.

While Moerane has said the plan has been welcomed in the city, some civil society members were not satisfied. They say they are unconvinced that the migration will lessen their power supply troubles.

King Sibiya, a resident in Soweto and leader of the Soweto Electricity Crisis Committee says, “In my view, the mayor’s plan is great but does not resolve the issue with Eskom power supply because even if we were moved to City Power, the city still has to source the electricity from Eskom. The only exception from our end is that we won’t have to deal with Eskom directly”.

According to Sibiya, this is just a continuation of a systematic problem as there is no clear indication of how the existing issues with Eskom will be resolved. Sibiya is also concerned that City Power will serve as a middleman when it takes over the power supply and residents fill face rate hikes.

“My biggest concern with the plan is how it has been isolated from the city of Joburg residents, there was no consultation for public participation”, said Sibiya.

In the past, the areas most affected  by power problems include; Soweto, Diepsloot, Orange Farm, Ivory Park and part of Sandton. As reported by Ferial Haffajee in Daily Maverick, electricity is more often off than on in the city of Joburg with more than 1000 power cuts from January 2021 to 28 May – excluding Eskom load shedding. This is as a result of the malfunctioning power stations that are constantly stopping and starting. DM

City Power Joburg had not responded to queries at the time of publication.