Sex Worker Pride is a way of sex workers showing that they, too, take pride in their work 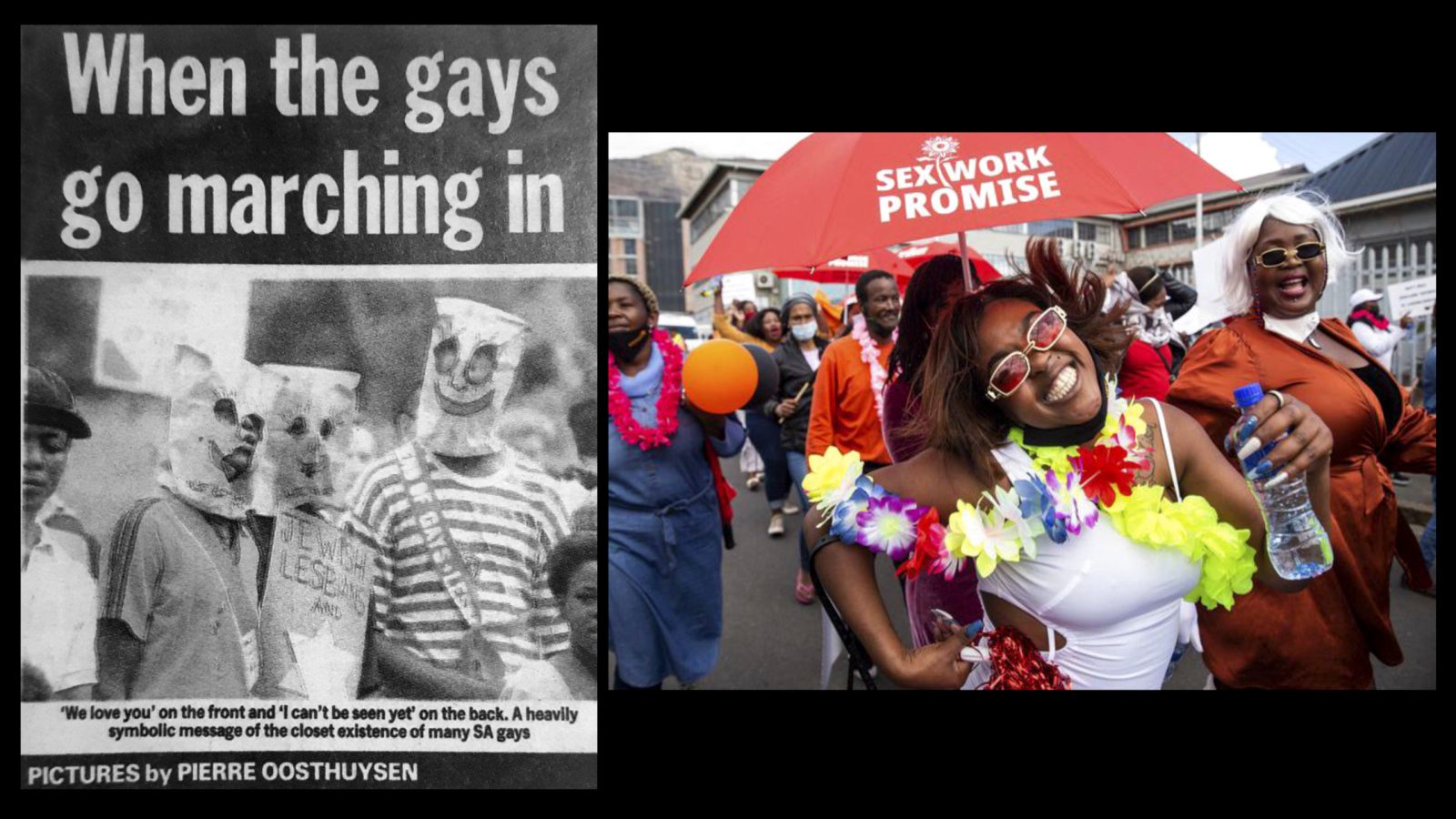 While there is still a long road ahead before sex work is decriminalised and considered a legitimate way to earn a living, Sex Worker Pride 2021 showed that it is within reach.

Marlise Richter is with the Health Justice Initiative and has worked in the health and human rights field for 20 years. She holds a visiting researcher position at the African Centre for Migration & Society, Wits University, and focuses on research, advocacy and policy change in gender, human rights and the Covid-19 pandemic, with an emphasis on the impact of criminal law on health access for sex workers. She is currently on the board of the Sisonke Sex Worker Movement.

It was a chilly Spring day in Cape Town on 14 September. The wind blew a steady avalanche of clouds over the still-singed parts of Table Mountain and down onto the placards of a group assembled at the Mowbray police station. The atmosphere was exuberant. These were determined sex workers and equally determined advocates of their rights. No one seemed to mind the icy gusts one bit. They simply held onto their festive balloons, costumes and wigs more tightly.

There was a Mardi Gras atmosphere – but also an unmistakable political message. Posters and T-shirts were unequivocal, proclaiming “My work should not cost me my life” and “Sex work is work”.

They also reminded President Cyril Ramaphosa of a promise he had once made: to decriminalise sex work.

This was Cape Town’s second celebration of Sex Worker Pride day. Across the world, resolute groups gather every year to affirm sex worker self-determination. They also rejoice in the increasing strides made in acknowledging sex work as a legitimate and proud source of human sustenance.

The vibrant, animated group set off. From the police station, they headed towards Salt River along Main Road, escorted by police cars and officers on foot.

The irony of the moment wasn’t lost on anyone. This is what the police should be doing – showing respect and support for the human and constitutional rights of sex workers. Police ought to keep them safe and protect them from harm (in this instance, from taxis in the notorious city traffic).

And the march’s starting point – Mowbray police station – was by design. During the dark, early days of the hard lockdown, on 9 April 2020, sex worker Robyn Montsumi died in Mowbray police custody. Police maintain she committed suicide after spending two nights in a cell on drug charges. Robyn’s friends have never bought this version of events.

They reported her death to the Independent Police Investigative Directorate and complained to the moribund Commission for Gender Equality and the SA Human Rights Commission (SAHRC). Despite frequent appeals, meetings and even a picket in front of the SAHRC’s offices, there’s been no progress in determining the facts behind Robyn Montsumi’s death.

Yet, Sex Worker Pride 2021 was not about abusive law enforcement practices, the extraordinary levels of violence against sex workers or about preventing HIV.

These critical vulnerabilities are the usual legitimate entry points for rights-based arguments for safeguarding sex workers and extending labour law protection to them.

A one-dimensional (and often patronising) approach risks ignoring the dignity and robust agency of sex workers. They demand recognition and respect in and of themselves. Like everyone else, they have inherent rights, pride and self-respect. They are friends, mothers, fathers, children, neighbours and fellow congregation members.

It celebrated the gay and lesbian community – it was jubilant, but also sombre. Some participants wore brown paper bag masks out of fear of reprisals from the apartheid state and a homophobic public.

Support and public acceptance for the LGBTIQ community grew significantly in the next 30 years. Momentous victories include “sexual orientation” as a ground of non-discrimination in South Africa’s Constitution, declaring the “crime” of sodomy unconstitutional in 1998 and recognising same-sex marriages in the Civil Union Act of 2006.

In contrast, the only masks worn at this year’s Sex Worker Pride were those designed to protect against Covid. Okay, there was one participant who was masked like Zorro, but it was so skewed that it was clearly being worn in jest.

No self-righteous religious groups protested against the march. No threats of eternal damnation were shouted.

There were mostly only friendly motorists hooting, waving and even blowing supportive kisses. Some pedestrians joined the march. A police officer was even seen smiling. The public scorn and moral outrage that was once a given were nowhere to be seen. The group ended their journey at a Salt River sports field where a pop-up vaccination site and various health services awaited them. There was even a friendly address from a provincial government minister.

One way to read the march is that it not only honoured sex workers, but it also served as a barometer for how far South Africa has come in moving from publicly expressed prejudice against marginalised groups, towards a celebration of diversity.

It by no means erases the hate crimes, deep-seated sexual bigotry and ever-present violence and abuse that many marginalised groups contend with every day. It does, however, signify an incremental change in public perceptions and opinion and the increasing courage and tenacity of those who march with pride.

While there is still a long road ahead before sex work is decriminalised and considered a legitimate way to earn a living, Sex Worker Pride 2021 showed that it is within reach. DM/MC