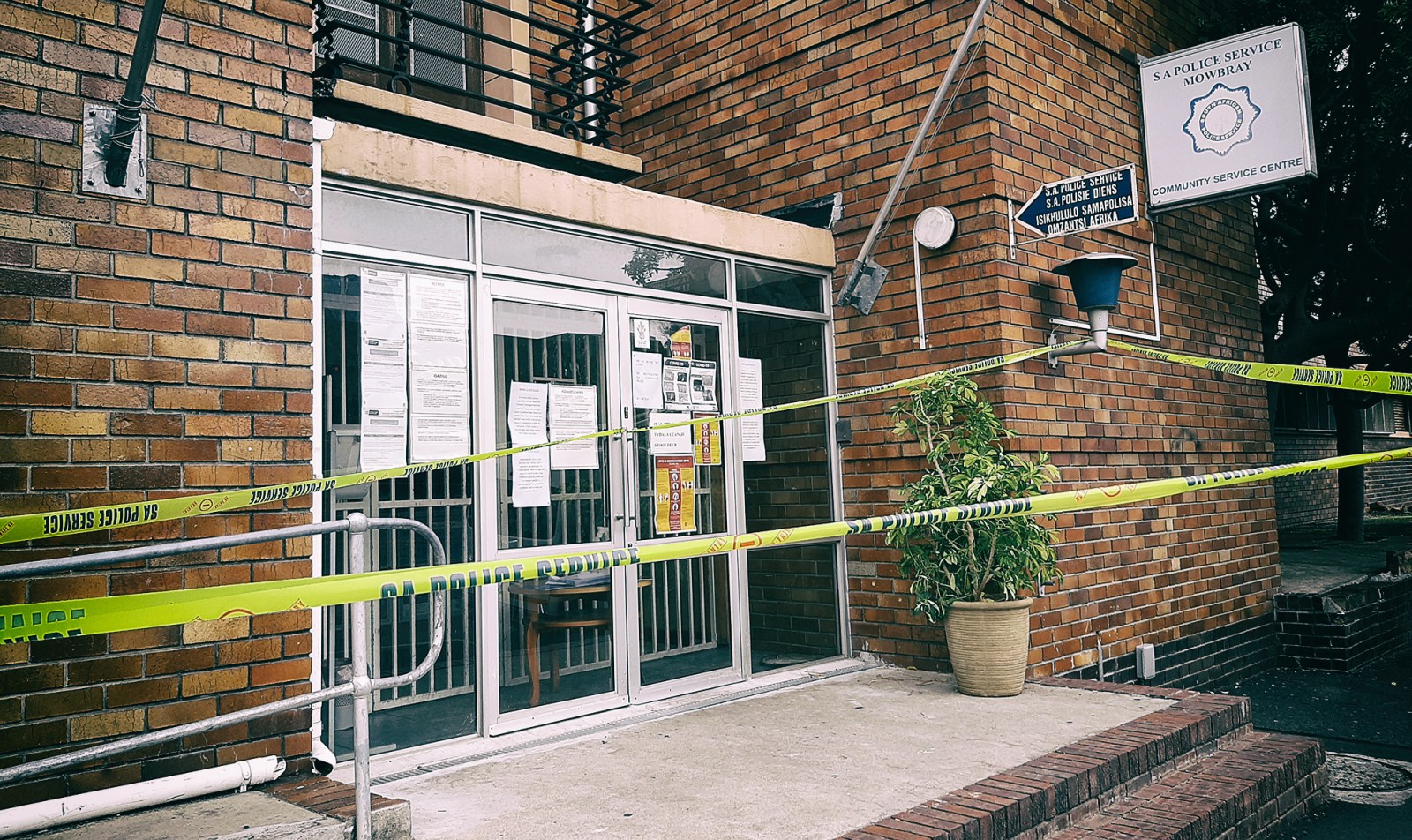 A 39-year-old sex worker died in police custody in April this year. Now, two investigations have been opened into her death by alleged suicide. She is the 12th person to die following police action during the lockdown.

The death of sex worker Elma Robyn Montsumi at Mowbray police station in April this year has raised alarm bells amongst LGBTQI activists.

A joint statement calling for an investigation into her case was issued by the Sex Workers Education and Advocacy Taskforce (SWEAT), Sisonke, the National Movement of Sex Workers and the Triangle Project.

“The news of Robyn’s death is devastating. We knew her as a passionate activist aware of her rights. Those who interacted with her prior to her arrest remember her as being upbeat, and the reports of an apparent suicide are baffling,” the statement read.

The 39-year-old Montsumi was arrested on 9 April at around 5pm for suspected drug possession. She was allegedly found with ‘unga’, a highly addictive heroin-based drug.

She was held for four days before allegedly committing suicide on 12 April. Montsumi was apparently not allowed visitors while in custody.

According to the joint statement, the deceased’s partner and some of her friends found a way to communicate with her while she was inside the cells.

“(They would) shout from the outside and she would call back on how she was doing.”

On Saturday, 11 April, she told them she was feeling ill and the following day, when they called her, she didn’t respond.

“When her partner got to the police station an ambulance was there, and bystanders told him that it was Robyn inside and that she had hanged herself.”

The Independent Police Investigative Directorate (IPID) says it is looking into the matter. According to spokesperson Ndileka Cola, “no one has been arrested” in connection with her death as “no one has been found responsible.”

“The preliminary investigation conducted by IPID confirms that the woman was arrested in possession of drugs, she was detained in Mowbray Police Station. She was found hanging in the police cell alone, as she was in a single cell. No one has been arrested as a result of this incident as no one has been found responsible. There is no discrepancy/foul play that has been found during the preliminary investigation, also the pathology report didn’t show any malpractice from the police services.”

The full investigation is still underway.

Montsumi’s case has been referred to the Human Rights Commission (HRC) and the Commission for Gender Equality (CGE) for a separate investigation.

SWEAT media officer Megan Lessing said Montsumi may have been suffering severe withdrawal symptoms the day before she died, given her drug addiction.

Lessing was told that Montsumi had likely used a ripped up blanket to hang herself, but she’s questioning whether it’s true that Montsumi took her own life.

“Robyn (was) very very petite and very slight, and if she had already started feeling the effects of withdrawal, the strength to rip a blanket doesn’t seem plausible,” said Lessing.

An officer from Mowbray SAPS (who asked to remain anonymous) also said that Montsumi had used a “brown blanket to hang herself on the door”.

In their statement, the activists questioned why Montsumi wasn’t granted bail in accordance with the Disaster Management regulations. Also, if she was ill, “did she report that she was ill, was it noted by police officers and if so, what was the nature of her illness and was she provided with medical care?”

According to the SAPS officer, Montsumi had to appear in court before being granted bail because hers was supposedly “not a petty offence”.

According to the officer, the onus was on Montsumi to request medical help if she was in distress. Cox, however, “highly doubts” that she would have been helped even if she had asked.

However, she was arrested the Thursday before the Easter weekend and died before she had even been formally charged.

Montsumi was supposed to be held for 48 hours only, but that rule only comes into effect once a person has been formally charged and, because of the public holidays, the courts were closed.

Her only recourse would have been to call a lawyer to expedite the process, but, as the officer said, “You need money. If you don’t have, then unfortunately the law is against you.”

Montsumi was homeless. She worked and lived on the streets of Mowbray.

Lessing said that if a police officer had checked on Montsumi, they would have known if she was ill.

“The family was told that the officer who came to book Robyn on the Sunday was actually the one that found the body, not the police officers already stationed at SAPS.”

Sharon Cox, health and support services manager at the Triangle Project, claimed that Robyn had said she was vomiting when she last “shouted outside” to her partner and friends. This has not been confirmed.

According to the officer, the onus was on Montsumi to request medical help if she was in distress. Cox, however, “highly doubts” that she would have been helped even if she had asked.