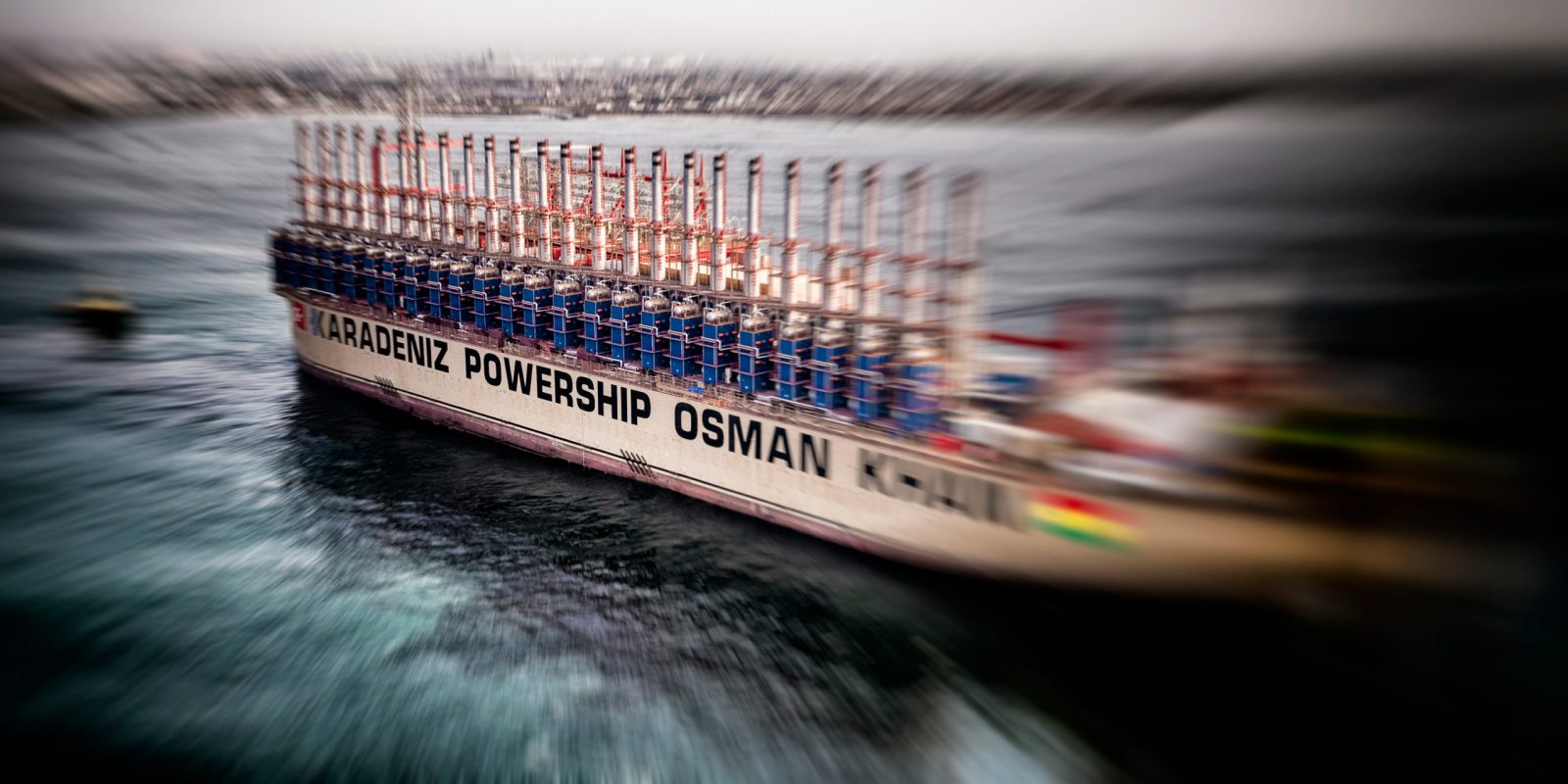 Gwede Mantashe’s energy department has thrown another lifeline to the sinking Karpowership deal, granting the Turkish floating power ships company another (four-month) extension to get its financial and regulatory approvals in place.

Considering Mantashe’s previous declaration that he would brook no delays in the government’s emergency power bidding process, his department appeared to be stretching credulity to the outer limits when officials insisted that no special treatment was involved in the latest regulatory extension reportedly granted to the Karpowership group for is controversial R228-billion, 20-year-long gas-to-electricity bid in three local harbours.

“I just want to correct you: No extension has been extended to Karpowership [only]. It is for all of the bidders,” Mantashe’s ministerial liaison officer Nathi Shabangu said on Friday when asked to confirm that the Turkish-controlled power ships company had been granted a further extension to reach financial close.

The first deadline for financial closure was July 31. This was extended by the Department of Mineral Resources and Energy (DMRE) to September 31. Now it appears to have been extended to January 30, against a backdrop of allegations of political interference made by rival bidders and the outright rejection of Karpowership’s environmental impact assessment (EIA).

The company also attempted to obtain a back-door EIA exemption, but this was later revoked by Forestry, Fisheries and Environmental Affairs Minister Barbara Creecy after it was exposed in Our Burning Planet.

While Mantashe’s department had yet to issue a formal written statement on the reasons for the latest extension at the time of publication, several civil society groups have voiced consternation over the latest developments.

Liz McDaid, spokesperson for the Green Connection and the Organisation Undoing Tax Abuse (Outa) said the January 30 extension was not unexpected “since it has become fairly evident that Karpowership are nowhere near ready – with all the legal requirements in place – to reach financial closure”.

“Earlier this month, we called for the Risk Mitigation Independent Power Producer Programme [RMI4P] programme to be scrapped. It has been delayed from its inception. The initial bid date was extended from August 2020 to 20 December 2020 and although the winning bids were announced in March 2021, the results were immediately questioned by experts.”

McDaid noted that Mantashe declared in March that “Due to the urgency to bring power online, this date [July 31] is not negotiable. It is for the preferred bidders to manage all the risks to reach financial close.”

“This all still smells very fishy. To us, this suggests that the DMRE is stalling and seems that it will not be satisfied with any other ‘emergency’ energy options and will essentially keep extending the deadline, until this deal with Karpowership is complete. South Africa has now spent more than a year, trying to procure emergency power, with no result. The DMRE issued a request for proposals [RFP] for the RMI4P in August 2020 and there is still no end in sight,” she said in a statement on behalf of the Green Connection, a non-government group working with small-scale fishing communities.

The latest delay “also confirms just how ridiculous it is that the National Energy Regulator of South Africa [Nersa] – the body tasked with making decisions on electricity generation licences – has already approved Karpowership’s electricity generation licences, without some critical authorisations in place, such as the pending approvals from the [environment department]. The truth is, we are not convinced it will ever fully meet all the requirements.”

The Green Connection has also endorsed letters the Centre for Environmental Rights (CER) have sent to Eskom and the DMRE, highlighting why it believed these projects were not in the public interest and should not reach commercial close.

“The RMI4P was announced as a solution to our short-term energy struggles with such fanfare. But over time, more and more mud has stuck to the wheels of the process and, as the months go by, it still seems to be going nowhere. More than just an embarrassment, these types of quick-fix ‘solutions’, which are proposed come with a hefty price tag, should be a lesson to the DMRE that the solutions to South Africa’s energy poverty lie in working with the people in this country.”

She said the DMRE’s apparent determination to cling to fossil fuels was key to the “Uproot the DMRE” campaign launched by civil society, calling for a system change.

The Centre for Environmental Rights has also sent questions to the DMRE and Eskom on the Karpowership deal, requesting further information. Its main submissions are that:

* Commercial close cannot be reached by the September 30 deadline because of the outstanding licences and authorisations, and the pending High Court proceedings by rival bidder DNG Energy.

* In order for Eskom to sign a power purchase agreement, it had to satisfy legal requirements under electricity regulations and the Public Finance Management Act (PFMA) which could not have been satisfied because the Karpowership projects did not result in a “net benefit to the prospective buyer or to government having regard to cost, price, quality, quantity, risk transfer or a combination thereof, but also where applicable to the government’s policies in support of renewable energy”.

*  The three Karpowership projects were also “not in the best interests of Eskom” and that the Eskom board of directors would be breaching their fiduciary duties in terms of the PFMA, the Companies Act and the King Code, if it entered into power purchase agreements  for the Karpowership projects.

350Africa.org, a movement established to address climate change in Africa, said the proposal to allow further fossil fuel burning in a 20-year contract would lock the country into expensive power deals that would also harm local communities and worsen the impacts of climate change through further carbon emissions.

“The [RMI4P] – a programme to procure emergency power – has seemingly been rigged from the start to favour gas with the powerships project kick-starting a gas market in South Africa. This included suspiciously specific tender criteria and the ongoing shifting of deadlines for financial close.”

350Africa.org said the granting of generation licences by Nersa, despite the lack of power purchase agreements with Eskom, indicated approvals that went against policy.

“The decision seems misaligned with the [environment department], who have rejected the environmental authorisations, currently being appealed. According to expert reports, there are no net benefits to Eskom, the government or the people of South Africa.

“Based on the profit model of the Turkish Karpowership company, this will be their biggest earning project yet, whether or not energy access is improved in South Africa. Fossil fuel projects like this will benefit the well-connected elites, and actively undermine locally affected communities. There is very little job creation or infrastructure left behind from docking a ship and plugging it into our grid for 20 years,” said 350Africa.org campaigner Alia Kajee.

Kajee said there was no longer any potential for any country to begin plans to extract fossil fuels and still stay within the Paris Agreement’s target of 1.5ºC of warming.

Last month, 350Africa.org delivered a petition to the potential funders of Karpowership SA demanding they abandon the deal.

“Finance is a key pillar enabling the fossil fuel industry. Drawing attention to the public funds going to this R200-billion project highlights what could have been spent on clean, affordable, accessible energy alternatives. All three financial institutions, the Development Bank of Southern Africa, Investec and Absa, all received the petition and emphasised that no decisions have been made. However, a lack of a yes is not a no.

“Powerships are a clear example of why transformational change is needed in the energy sector, and why we need to #UprootTheDMRE, who block progressive and sustainable change

Ministerial liaison officer Shabangu did not deny the report and said an official statement would be issued in due course.

We also asked DMRE to provide details on whether any other bidders (other than Karpowership) had requested extensions, along with details of any regulatory or other delays they had cited. DM/OBP