President Ramaphosa in the dark about his household ele...

President Ramaphosa in the dark about his household electricity costs 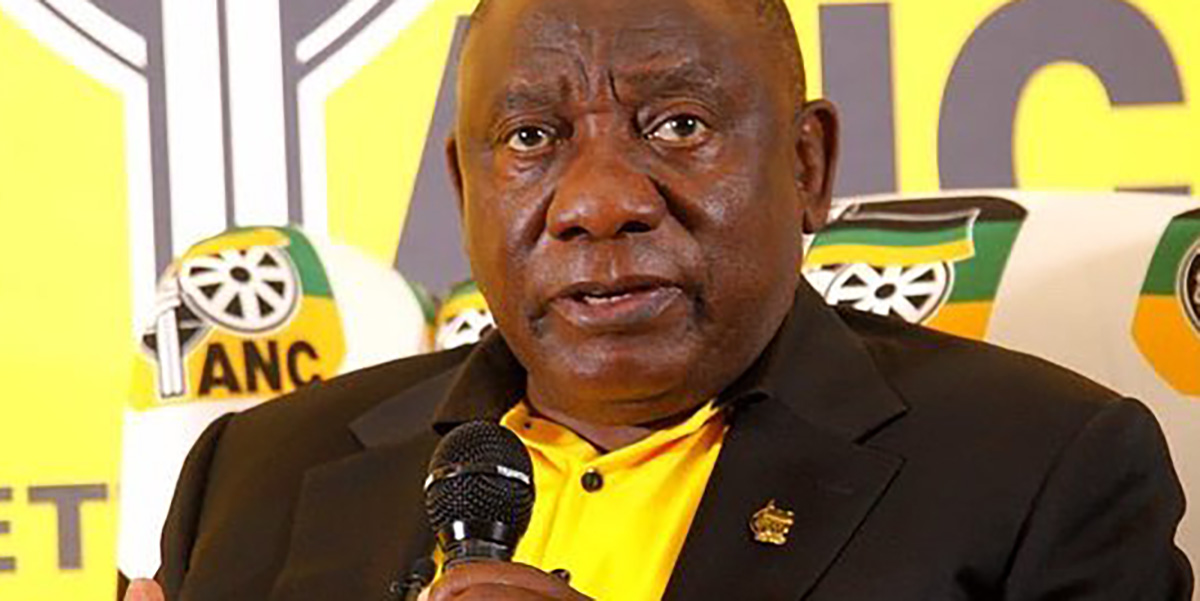 At a media briefing about the ANC’s local government manifesto, President Cyril Ramaphosa had ready responses to questions about Digital Vibes and ANC corruption, but he felt the heat when asked about his household electricity costs.

Almost two weeks ago, President Cyril Ramaphosa told residents of Chiawelo, Soweto, that they should opt for prepaid electricity to keep a handle on their electricity spend. An unwillingness and inability of residents to pay for power in the place where he grew up meant prolonged outages. Some places haven’t had power for a year.

In an apparent effort to appear at one with the people’s problems – local government is the one sphere that touches people very intimately and personally, and Ramaphosa should know this – the former business mogul told the crowd that his wife (Dr Tshepo Motsepe) was able to control the prepaid spend in their household and it worked out to be cheaper.

But when he was asked in a press briefing on Wednesday night at Luthuli House (this was meant to have been one-on-one interviews, but the ANC couldn’t budget enough time in a shortened and very busy elections schedule) what his electricity charges were, he said: “I don’t know.”

In a time when the suburbs are acutely aware that they’re paying eye-wateringly high prices for electricity, the president didn’t even know enough to make up an amount. Bills have shot up so much that the SA Reserve Bank last year found utility prices to be one of the major drivers of inflation.

A question by Daily Maverick over whether he ever experiences power cuts and what he does when these happen, received a roundabout answer. Just as Ramaphosa started his response, the first thunderstorm of the season cracked open the skies with a bang over central Johannesburg, startling those at the gathering.

“There are different types of power cuts, I guess: [As] a result of load shedding, when Eskom is trying to balance its power generation and has to resort to whatever levels, and so we all experience power cuts, possibly on a regional basis. And those that our people are experiencing in Soweto, that were given rise to by illegal connections, when the power substations go bust, because they just explode. And there are those other power cuts given rise to by people not paying,” he theorised.

The short answer would have been: “No.” Anyone who has had to deal with the power going off while trying to cook dinner, watch television, or get home by way of a dark road would have given a tighter response.

Ramaphosa’s tips for how to deal with a power cut were similarly lacking. While most households know there’s a hierarchy for dealing with these – from generators to rechargeable lamps and bulbs (such as his sister has in Chiawelo), to gas hobs and power banks – Ramaphosa said: “I guess you have to have another form of energy, like a candle, or some other type of lighting, and it does put an exertion on households when the power cuts are longer, when your foodstuffs can be spoilt and it can go bad in the fridge.

“I think we manage and deal with power cuts in different types of ways. It is a serious problem and one does not want to make light of it, because it affects people’s lives, and sometimes their health. It is a problem. It is a countrywide problem.”

Time was a bit tight to press him for answers on similar questions about water cuts, as experienced on a regular basis by almost every South African due to collapsing infrastructure.

At least it’s clear from Ramaphosa’s responses that he has been speaking to people. In response to a question about what he had learned on the campaign trail, Ramaphosa said: “I’ve learned that our people want decent services.”

He said people want him to understand their problems, internalise them and make commitments to solve them. Only then, they told Ramaphosa, “are we prepared to give you another chance”.

He intimated that people don’t regard voting for other parties as a viable alternative to the ANC. “When they are pressed they say, ‘If we don’t have the ANC, who else is there for us? We have nowhere else to go.’ They then say, ‘We want you to live up to what you are saying.’ ”

Ramaphosa has been promising to extend the renewal drive in the ANC to local government level in an effort to try to lure back a sceptical electorate. Many voters, especially in urban areas, in 2016 deserted the governing party led by former president Jacob Zuma.

Although Ramaphosa admits that the ANC’s support had gone down in urban areas, he said this didn’t mean that the party was about to become a rural one. There were also questions about Ramaphosa’s intended action on the Special Investigating Unit report on the R150-million Digital Vibes communications contract with the health department, which the Presidency released earlier in the day.

“I’m a process person,” Ramaphosa said, stressing that he might seem to be moving slowly on the damning findings against, amongst others, former health minister Zweli Mkhize, former acting director-general Anban Pillay and former director-general Sandile Buthelezi. “We should look at the recommendations on how to do things in a processed manner.”

Ramaphosa stressed that there must be fairness, and an opportunity for people to respond.

“We might not really be doing this at a pace and intensity that you might be wanting to see, but truth be told, we are acting on it, and our slowness, our stickler on process, should not be viewed as reluctance.” He repeated the Afrikaans saying: “Agteros kom ook in die kraal”, which means that even the slow oxen will reach their destination.

He said Mkhize had resigned and he defended thanking Mkhize for his work in the health portfolio at the time by saying Mkhize had done valuable work during both the Covid-19 and HIV/Aids pandemics. “We need to give recognition to that,” Ramaphosa said.

Future repeats of such wrongdoing could be avoided by being “much more alert as we do big-ticket tendering for various products or services”, he said. “We’re putting checks and balances in place.” DM