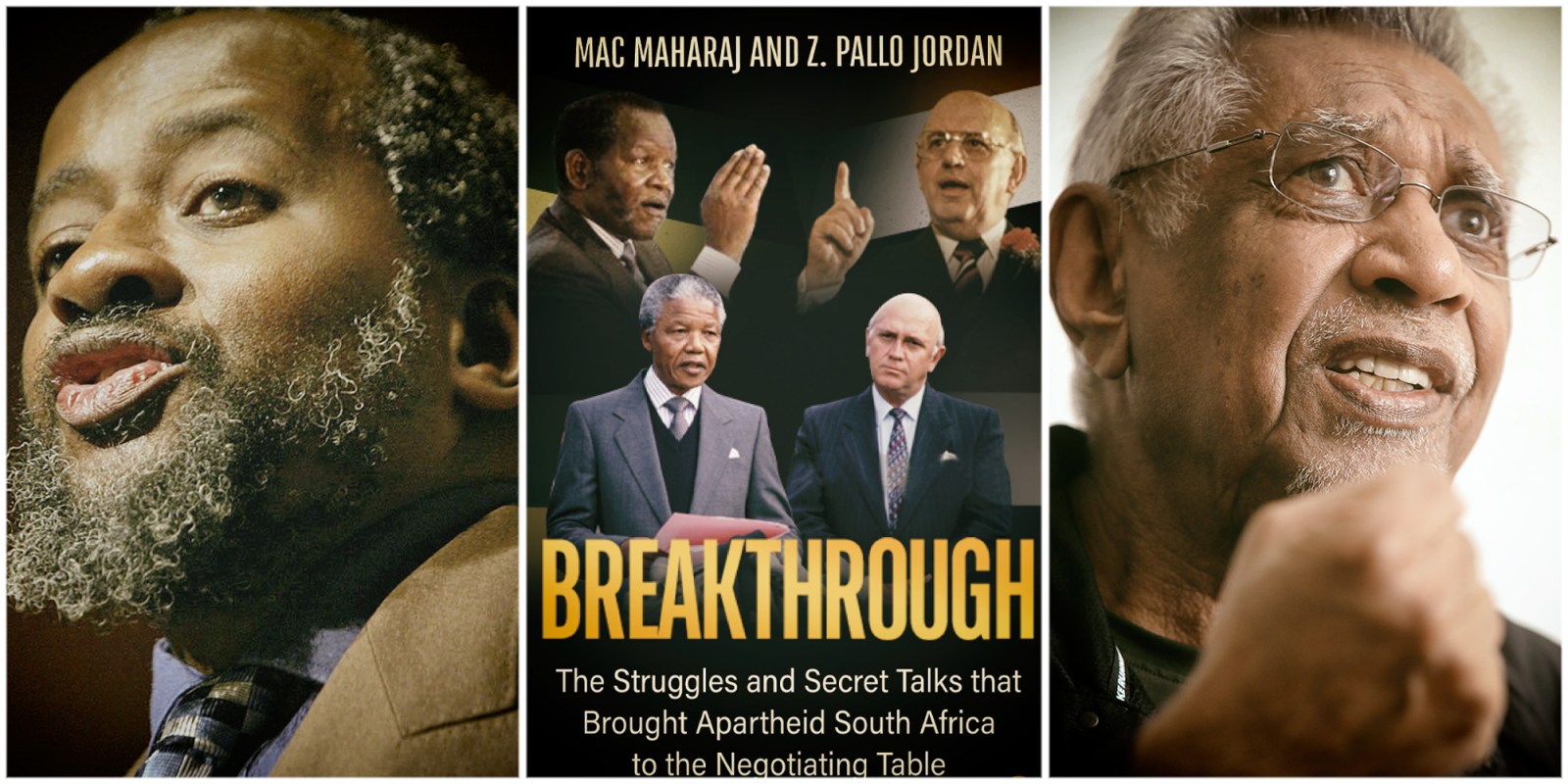 In their new book, ANC veterans Mac Maharaj and Z Pallo Jordan look at what happened before negotiations for a new, democratic South Africa took place.

The webinar was also the virtual launch for the book, Breakthrough: The Struggles and Secret Talks that Brought Apartheid South Africa to the Negotiating Table, which Maharaj co-wrote with Z Pallo Jordan.

The book draws on material in the prison files of Nelson Mandela, minutes of the meetings of the ANC Constitutional Committee, notes about the Mells Park talks led by Professor Willie Esterhuyse and Thabo Mbeki, communications between Oliver Tambo and Operation Vula, the Kobie Coetsee Papers, the Broederbond archives and numerous other sources.

Maharaj and Jordan are ANC veterans who both served in the Cabinet post-1994. The two use their knowledge and archival material to unpack what happened behind the scenes from 1984 to 1990 that led up to the negotiation table.

By the 1980s there was the Harare Declaration, which encouraged “the people of South Africa as part of their overall struggle to get together to negotiate an end to the apartheid system and agree on all the measures that are necessary to transform their country into a non-racial democracy”.

There was also the Nkomati Accord, which was a non-aggression and good-neighbourliness pact signed by PW Botha and President Samora Machel of Mozambique in 1984. This pact meant that South Africa would cease to support Renamo forces in Mozambique. In return, Mozambique would not allow the liberation movements, such as the ANC and Pan Africanist Congress (PAC), to establish bases in Mozambique or to transport arms or personnel through Mozambican territory.

“While all of this was happening the country had become ungovernable, the country was in flames,” said Maharaj.

“Post-Nkomati, we thought, maybe it’s time we negotiate with Pretoria. OR Tambo told Jordan to study what’s happening and write a proposal. That proposal concluded that negotiations were not feasible at that time because the regime was not interested.”

What was recommended was that the party should come out with a statement in support of multiparty democracy, said Maharaj.

In 1986, Kobie Coetsee, who was the Minister of Justice, was meeting with Mandela. Maharaj and Jordan write that: “Documents in the Kobie Coetsee Papers indicate that Mandela and Coetsee engaged in substantive discussions material to the regime and the ANC reaching the negotiating table.”

According to Maharaj and Jordan’s research, prison records show that between 1985 and 12 December 1989 Coetsee and Mandela met at least 15 times.

“When it became clear that we’re on the road to victory, Tambo took the initiative to win the support of the OAU – which is now the African Union – and later the UN,”  said Jordan.

“Our position was that whenever negotiations take place, they should be about dismantling apartheid.”

During that time, there were various documents the ANC drafted which would “become a roadmap on how to reach democracy based on the principle that the majority rules”, said Maharaj.

“While the National Party was still thinking about reforms that would still protect their privilege, we were thinking about what the Constitution would look like.”

Jordan said that the ANC had been thinking about a Bill of Rights from as far back as the 1920s. Although the Bill of Rights drawn up by the ANC in 1925 was “rather conservative”, the ANC has always stood by the principle that “governance should have the consent of the governed”, said Jordan.

“By the time [FW] de Klerk unbanned political organisations [in 1990], politically the NP had been defeated, which was why they had to come to the negotiation table,” said Maharaj.

But all of that did not happen without the NP trying to maintain power, said Maharaj. “It might sound like an oversimplification, but when the Struggle intensified, their solution was manipulation, not just in the country but internationally as well.”

Daily Maverick’s Marianne Thamm, who hosted the webinar, said that the book “provided the missing pieces to South Africa’s history”.

Jordan said that the book was about “showing the threads” of how we got to our democracy. DM