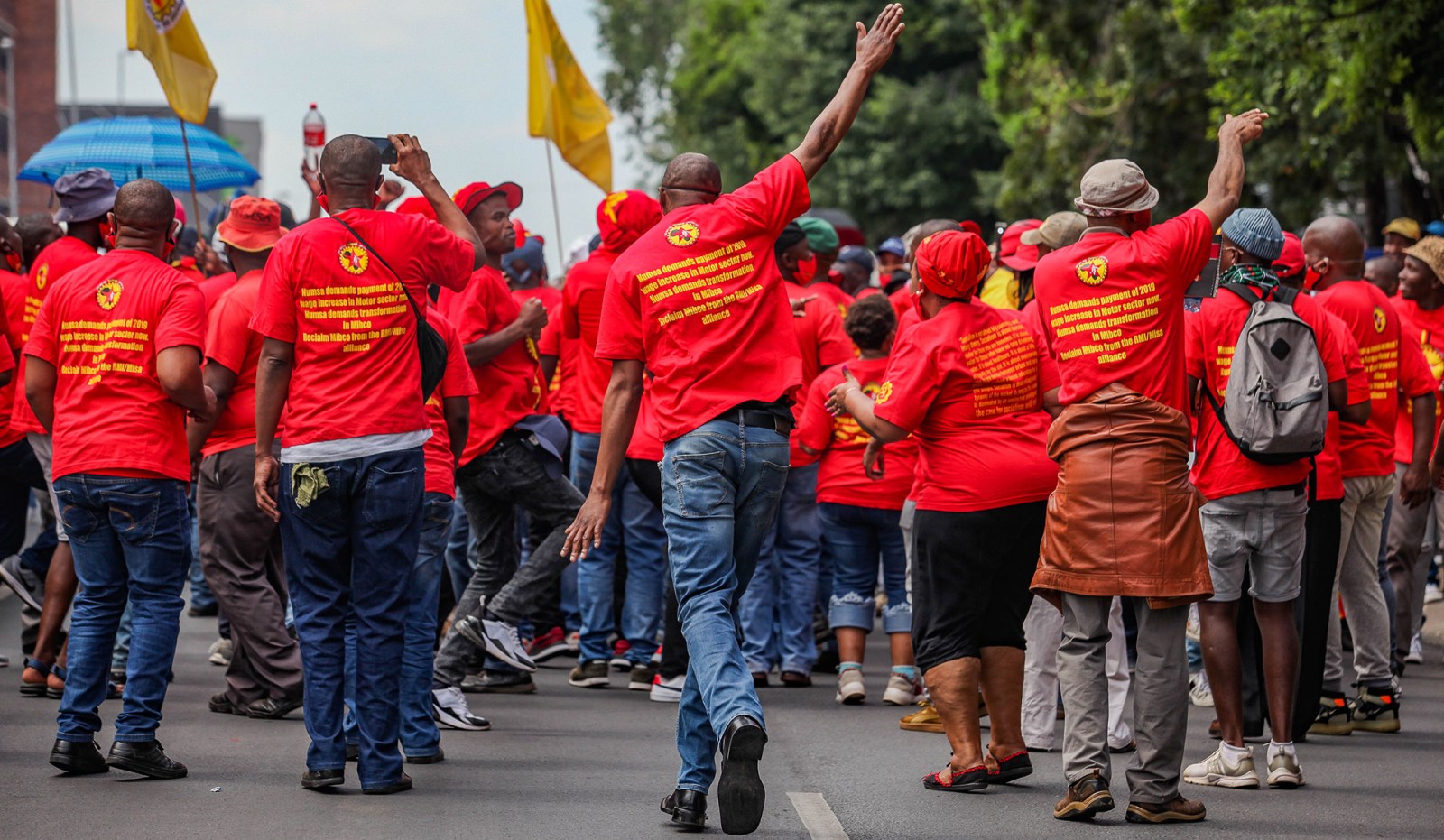 Striking workers have been picketing at the main entrance to the Coega Industrial Development Zone where First Automobile Works is located. (Stock photo: Gallo Images/Sharon Seretlo)

The National Union of Metalworkers of SA, angered by the wage offer of metal employers, is planning an indefinite strike beginning next Tuesday.

The National Union of Metalworkers of SA (Numsa) plans to hit the streets in all nine provinces on Tuesday, 5 October, after wage talks deadlocked with steel and engineering industry employers, with the firebrand leader of the Cosatu breakaway, Irvin Jim, promising that workers would stay at the lines for as long as it took employers to budge on an 8% salary bump.

Numsa wants a salary increase of 8% for one year (2021) and an adjustment of consumer inflation plus 2% for the following two years. This works out to salary increases of just over 6%, as the SA Reserve Bank expects inflation to average 4.2% and 4.5% in 2022 and 2023  respectively.

Numsa said that if the CPI+ equation falls below 6%, employers must offer 6% or reopen negotiations.

The Steel and Engineering Industries Federation of SA (Seifsa), with which metal unions have been negotiating, has offered a three-year agreement of a 4.4% increase for 2021, and inflation plus 0.5% for 2022, and CPI + 1% for the third year.

At a press conference on Tuesday, Numsa General Secretary Irvin Jim said the counter-offer was a “middle finger” to workers after they had agreed on a wage standstill for 2020.

“Employers have shown us a middle finger. They are not presenting any offer. This is despite the fact that when we look into their balance sheets in different companies they have made profits,” Jim told the press conference.

Numsa also said it wanted workers in the engineering and plastics industries to join the strike in solidarity. Numsa has more than 300,000 members, and if even a fraction of that sum joins the strike, it is likely to seriously hurt the metal industry.

The steel and engineering sector is key to SA’s economy, representing nearly 2% of the country’s economic output and around 190,000 direct jobs. It is also important to exports, a key driver of the recent recovery in economic activity and record trade surpluses as the country’s mines feed red-hot global commodity demand.

Numsa wants the companies to use those profits to fund the wage increases, but the steel companies say they are still battling cheap prices and a lull in construction projects.

Bargaining council Seifsa was not available for comment, but said in a previous statement that its members should prepare for the “worst-case scenario”. DM/BM