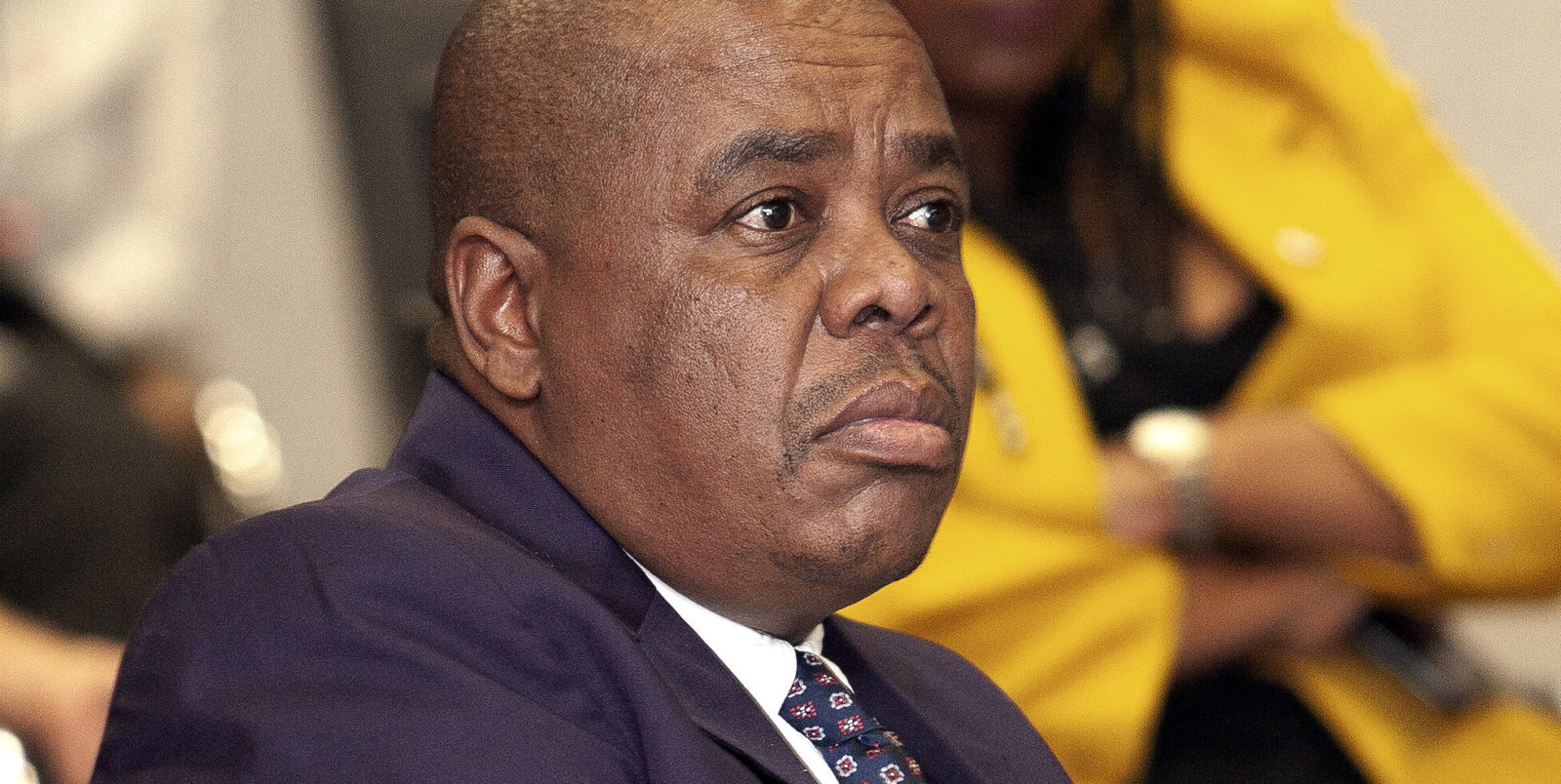 Department of Health Director-General Dr Sandile Buthelezi, accused of approving over R60m in payments to Digital Vibes, has been suspended as the scandal continues to rock the government. However, Deputy DG Dr Anban Pillay, also implicated, still has a job.

Department of Health Director-General (DG) Dr Sandile Buthelezi has officially been suspended pending a disciplinary inquiry into his role in the R150-million irregularly paid to Digital Vibes. Deputy Director-General Dr Nicholas Crisp was appointed acting DG in September while Buthelezi took leave amidst speculation on his pending suspension.

“The Ministry of Health confirms that Director-General: Health, Dr Sandile Buthelezi, has been placed on precautionary suspension until he appears before a disciplinary hearing regarding his role in the Digital Vibes saga,” said health ministry spokesperson Foster Mohale in a statement on Sunday.

“Dr Nicholas Crisp, Deputy Director General responsible for National Health Insurance, will continue to act until the hearing process has been concluded.”

Digital Vibes was appointed in November 2019 to manage a National Health Insurance (NHI) communications campaign. According to the Special Investigating Unit (SIU) that process was “deeply flawed, unlawful and invalid”. The scope of the contract then expanded to include communication around Covid-19.

Buthelezi, who started as health DG in June 2020, wasn’t involved in awarding Digital Vibes its initial contract or the tens of millions the company was paid during the first half of 2020. According to court papers filed by the SIU, Buthelezi approved more than R60-million in payments to the company, despite misgivings from the National Treasury.

In its affidavit to the Special Tribunal, the SIU said it was not seeking specific relief from the DG, “other than the setting aside of the agreements or the purported agreement concluded by its officials”.

Mohale told TimesLIVE that the SIU questioned what Buthelezi, as the accounting officer, did about the unlawful contract after he was appointed.

While Health Minister Joe Phaahla, appointed after Mkhize’s resignation, has acted against Buthelezi, he’s yet to suspend Deputy Director-General Dr Anban Pillay, who is implicated in the Digital Vibes scandal on multiple fronts.

The SIU found that the Department of Health appeared to tailor the NHI tender to suit Digital Vibes and said members of the tender evaluation committee (TEC) “did not evaluate and score the bid proposals fairly and consistently”.

Pillay was acting DG when the contract was awarded and was a member of the TEC. He has denied any wrongdoing. In its court application, the SIU said Pillay appointed Digital Vibes “based on an arbitrary decision… a decision made even before Digital Vibes had submitted its quotation”.

As acting DG, Pillay authorised R74-million in payments to Digital Vibes in four months. The SIU claimed he committed fraud, violated the Public Finance Management Act and exposed himself to criminal charges.

Speaking on behalf of the health ministry, Mohale told Daily Maverick Pillay had not been suspended. Pillay has denied all claims of wrongdoing.

While the minister and authorities act against those implicated in the scandal, there’s a risk of creating a vacuum in leadership at the department of health as it continues to lead South Africa’s battle against Covid-19.

Minister Phaahla told Daily Maverick in August that there would “unfortunately be some action” against officials in the coming days and weeks.

“When wrong things have happened and investigations have led to findings, then people have to be held answerable,” said Phaahla, before noting the challenges that come with holding staff accountable.

“If you are already working with a skeleton staff and four or five people have to go away for a month or so, it just means your management is thin.”

Crisp, who is likely to act as the department of health DG until Buthelezi’s disciplinary inquiry is finalised, has led South Africa’s Covid-19 vaccination drive and is regarded as an experienced and highly respected leader in the health sector. DM