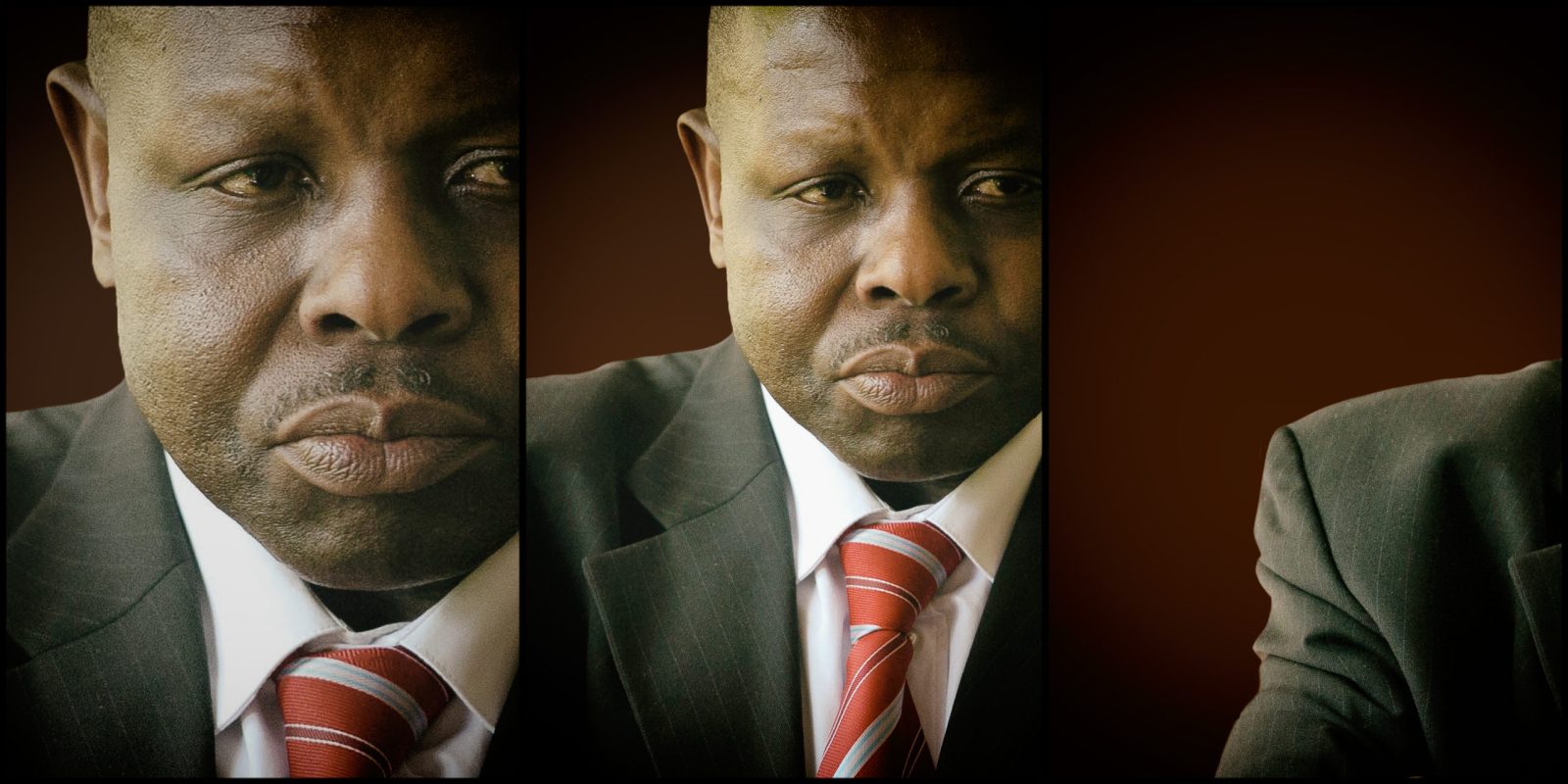 John Hlophe at his Judicial Service Commission tribunal which investigated a complaint of judicial misconduct against him on October 3, 2013 in Johannesburg, South Africa. (Photo: Gallo Images / Foto24 / Nelius Rademan)

There is no impediment to the Judicial Service Commission (JSC) now recommending to President Cyril Ramaphosa that Western Cape Judge President John Hlophe, found guilty by a Judicial Conduct Tribunal of gross misconduct, be suspended.

There is also no stopping the impeachment process set to kick off in the National Assembly.

This after Hlophe’s legal representative, Thembalihle Sidaki, abandoned Part A of Hlophe’s application in the Gauteng high court seeking to stave off suspension and the impeachment process.

This now clears the way for Hlophe’s suspension. All that is left is for the JSC to write to the president recommending this.

In proceedings on 22 September, Deputy Judge President Roland Sutherland did not take kindly to comments, made by Hlophe in his over 500-page affidavit filed, that no judge in the Gauteng division should hear his matter as they were “not impartial enough”.

So much so that Sidaki acknowledged to the court that the content of Hlophe’s letter of attack was “unfortunate”.

Hlophe filed the weighty motion on 13 September against the Judicial Service Commission (JSC), the President of South Africa, the Minister of Justice and Correctional Services and the Speaker of the National Assembly.

The Judge President was hoping firstly that the court would regard his application as urgent and also sought to stave off suspension and halt the impeachment.

With regard to Part B of Hlophe’s argument, that the JSC was not legally constituted when it made its findings in the first place, Sutherland set out a timeline for both parties to file all court documents. The hearing will take place at a later date.

Hlophe’s long walk into what everyone knows is a legal cul-de-sac ended on 25 August when the JSC announced it had decided to uphold an April 2021 report and recommendation of a Judicial Conduct Tribunal that Hlophe face impeachment.

On 8 September parliament’s committee on social justice and correctional services began tightening the procedural legal nuts and bolts of the impeachment vote when it met with government legal advisors who stated clearly that the guilty verdict by the JSC could not be altered and would stand during the impeachment vote process.

The role of the NA was that of accountability and strictly circumscribed members were informed in no uncertain terms. No new inquiry would be conducted, as the first stage of the impeachment process — the guilty verdict by the JSC — was sealed in stone. DM