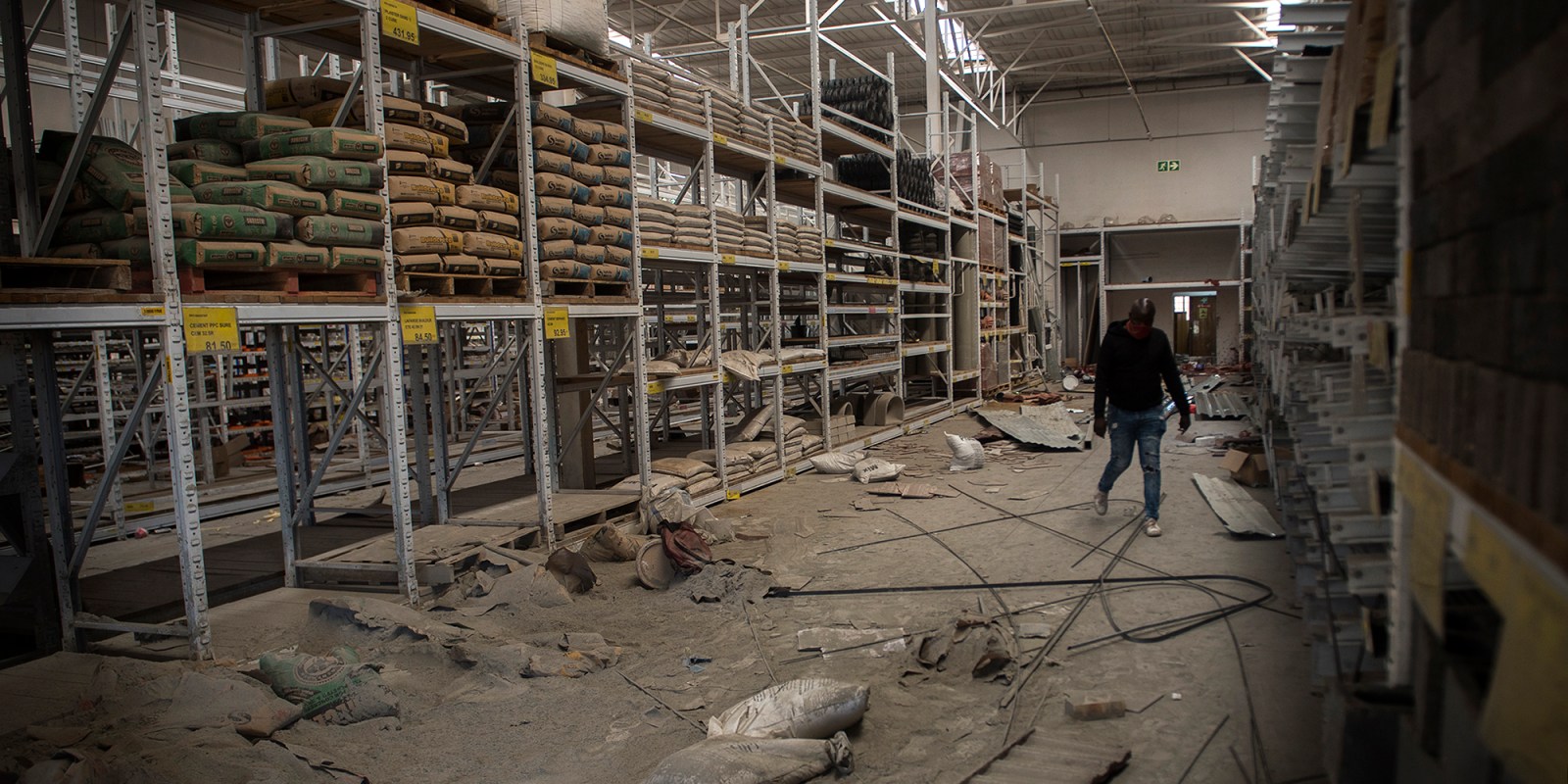 A plain-clothed policeman surveys the damage in the Cash Build hardware store at Diepkloof Square in Soweto on 13 July 2021. (Photo: Shiraaz Mohamed)

The new portal will aid the processing of claims and help the government to collect information about what happened and how to prevent similar events in the future.

South African businesses hit by the week of riots and looting in July, estimated to have cost the economy upwards of R50-billion, can now launch claims and details about the impact of the violence on an online government portal, the National Treasury said on Monday.

The new portal will aid the processing of claims and help the government to collect information about what happened and how to prevent similar events in the future, the Treasury said in a statement.

“It will provide a single governmental entry point for businesses to indicate the extent of losses they have suffered, and to access available facilities,” said the Treasury.

“The government calls on all business owners who were affected by the unrest between 9 and 19 July 2021 to register on the portal.”

KwaZulu-Natal and Gauteng were the provinces worst hit by the looting triggered by the arrest of former president Jacob Zuma for refusing to appear before the State Capture Commission, although experts and analysts have cited deepening unemployment and poverty due to the Covid-19 pandemic as the underlying cause of the unrest.

South Africa’s already ailing economy, in recession before the pandemic struck, is set to show the impact of the riots in the third quarter, the period between July and September, when businesses would have still been trying to pick up the pieces. Early indicators, such as business and consumer confidence, already suggest the deep toll of the violence on economic activity.

The RMB/BER Business Confidence Index slumped back into negative territory in the third quarter, falling seven points to 43.

A sore point has also been the difficulties faced by small businesses in particular, even before the riots, in accessing government aid, often due to notoriously inefficient and obstinate bureaucracy. In that regard, the launch of the portal may be a small step in the right direction. DM/BM