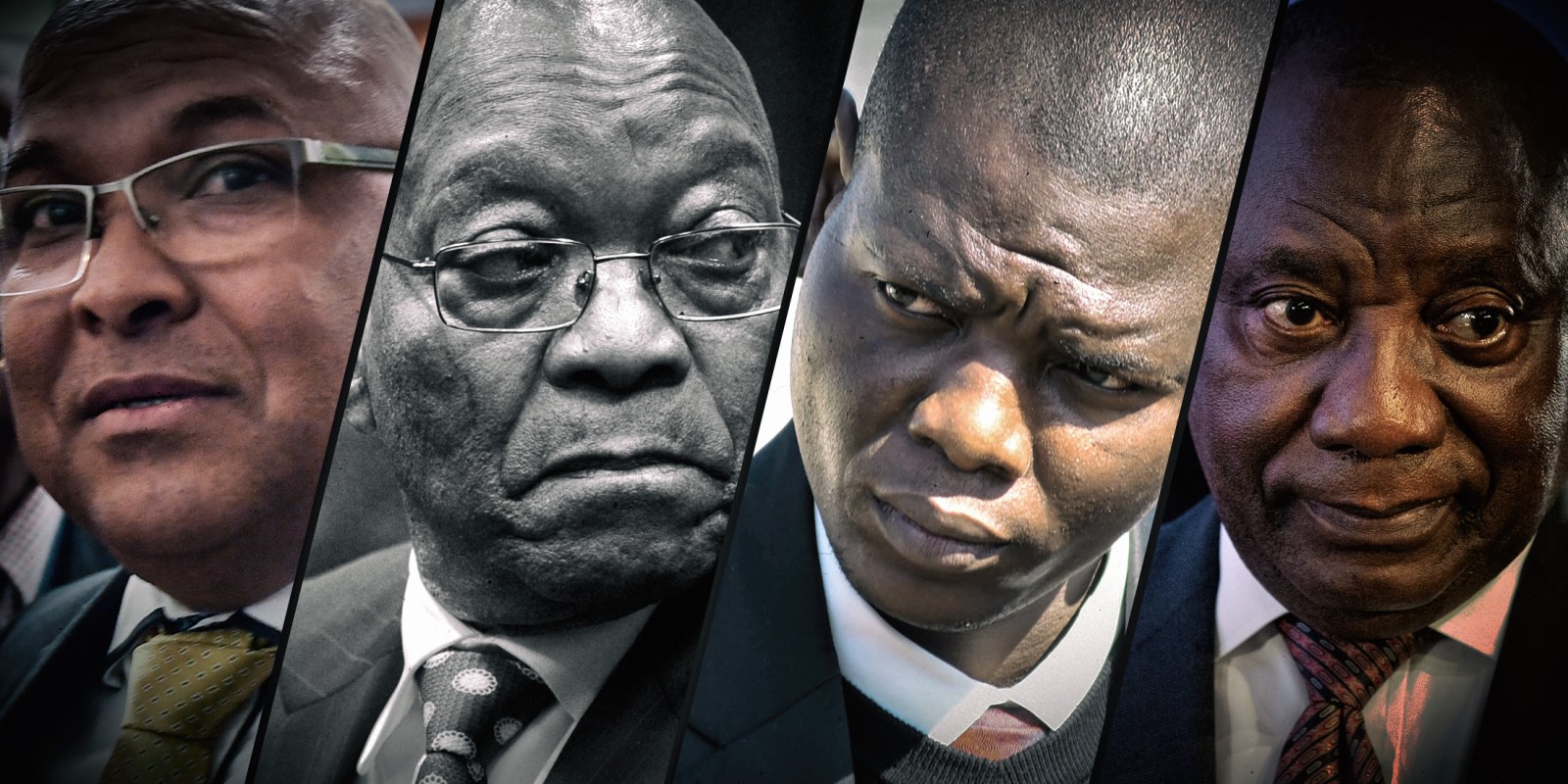 The DA raises questions about whether an independent medical parole board sanctioned the granting of medical parole for the former president, who has served less than two months of a 15-month custodial sentence.

“Naturally, he would be informed,” said  a senior government source who spoke on condition of anonymity.

*Later on Monday, Ramaphosa’s office confirmed to Daily Maverick that he. had been informed of the decision.

Fraser is appointed by Ramaphosa and reports to him via Lamola. Both men have kept Ramaphosa abreast of Zuma’s medical status after being hospitalised on 15 August while serving a 15-month sentence for contempt of court.

Zuma was sentenced to a 15-month term by the Constitutional Court on June 29 for contempt of court without the option of an appeal.  That judgment was subject to a rescission application, and the outcome is still being awaited after 56 days — his release on parole makes the decision moot but for the legal record.

Zuma is still in hospital but will be released into the care of his doctors and family. He has served less than two months after being imprisoned on 7 July.

The ANC welcomed Zuma’s release. “We welcome the space the former president has been granted to reunite with his family and recover,” said ANC spokesperson Pule Mabe. But DA leader John Steenhuisen is contesting Fraser’s decision and wants Parliament to summons the prisons boss to explain himself. “I will also request that the Justice and Correctional Services Committee summon Arthur Fraser to explain to Parliament his decision to grant this medical parole,” said Steenhuisen in a statement.

The party will submit an access to information request to Correctional Services for the records of the Parole Board decision to grant medical parole. The Daily Maverick has been told that the Medical Parole Advisory Committee, through which all medical parole applications must be processed, was overridden by Fraser.

But the Correctional Services spokesperson Singabakho Nxumalo would not answer any questions about this nor provide the current medical parole committee membership list to the media.

How is medical parole granted?

“The written medical report must include, inter alia, a diagnosis and a prognosis of the terminal illness or physical incapacity of the inmate; an indication as to whether the physical incapacity is of such a nature and extent that it limits the inmate’s daily activity and ability to take care of himself, and advance reasons as to why medical parole should be considered.

“A Medical Advisory Parole Board shall provide an independent medical report in addition,” writes Pillay.

The case of Zuma’s medical parole now rests on this independent medical report which the DA has requested access to. In the statement announcing his release, the Correctional Services Department does not reference receipt of a report by the Medical Advisory Parole Board but suggests they decided on a report by the former president’s own doctors.

It says: “Medical parole eligibility for Mr Zuma is impelled by a medical report received by the Department of Correctional Services (likely from Zuma’s own medical team; he has refused to be examined by independent doctors). Apart from being terminally ill and physically incapacitated, inmates suffering from an illness that severely the person’s can also consider limits their daily activity or self-care for medical parole.”

Zuma is due back in court on September 9 to argue his special plea that the arms deal linked corruption case against him be thrown out because of bias against him by the National Prosecuting Authority prosecutor Billy Downer.

*This article was updated at 4.20pm to include confirmation from the presidency.