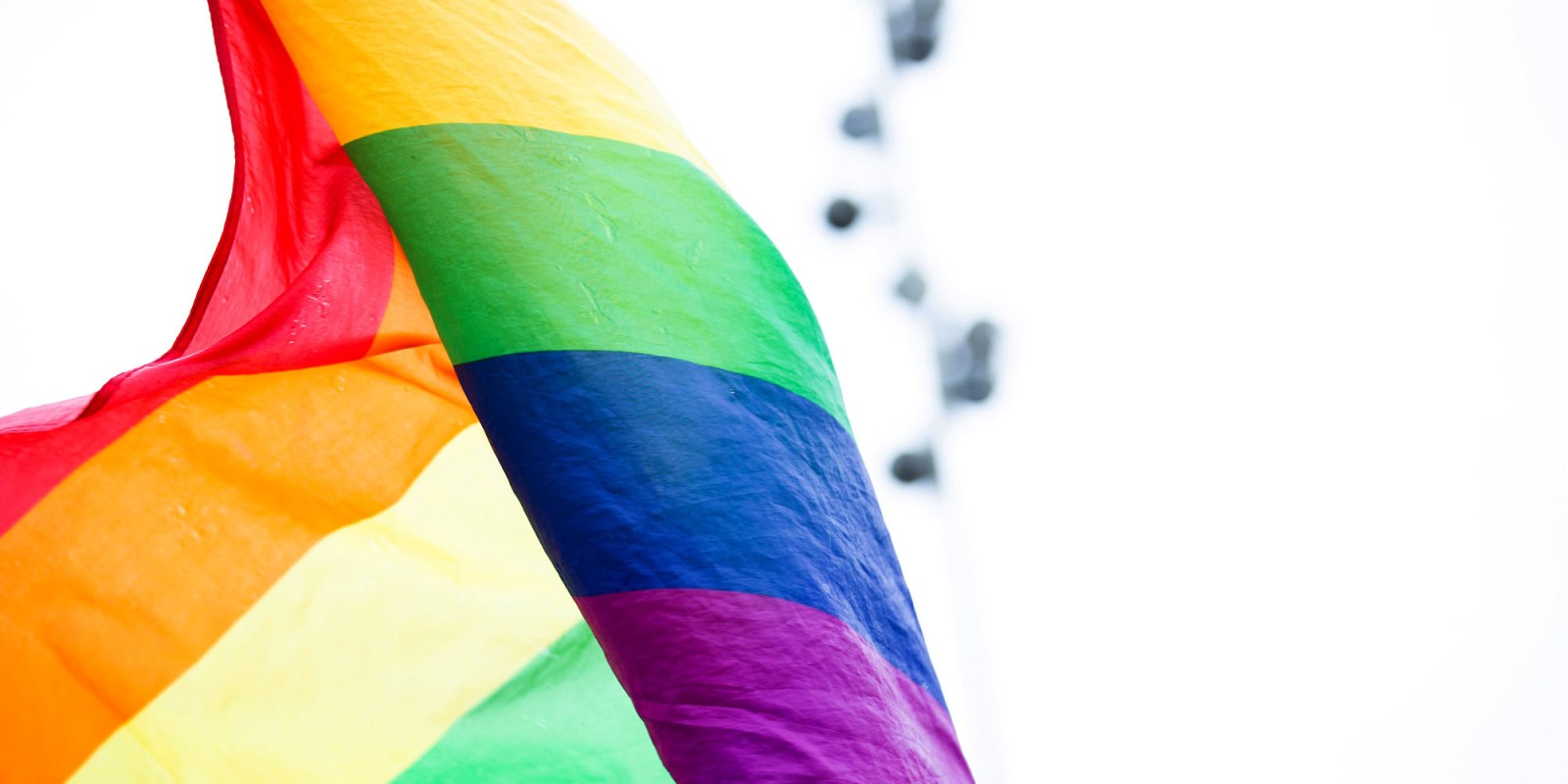 The Constitution was among the first in the world to prohibit discrimination on the grounds of sexual orientation. It also gives all South Africans the right to participate politically and to run for office. Yet, 30 years later, the representation of LGBTQI+ persons in government remains limited. Triangle Project’s Political Learning Institute is trying to change that.

South Africa’s Constitution prohibits discrimination on several grounds including sex, gender and sexual orientation, and gives every South African, regardless of sexual orientation, gender identity, gender expression or sex characteristics (SOGIESC), the right to run for political office and to participate in elections. Despite this fundamental legislative protection, lesbian, gay, bisexual, transgender, queer, intersex, plus (LGBTQI+) people continue to face stigma and discrimination in daily life, including when participating in elections and running for office. The barriers are both legislative and societal.

“LGBTQI+ communities remain among the most vulnerable and marginalised social minorities in South Africa,” explains Estian Smit, research, advocacy and policy manager at the Triangle Project. “For many LGBTQI+ persons, experiences of bullying, violence and rejection start at an early age, pushing us out of families, schools and communities. Finding a livelihood, social support and access to the most basic services becomes a daily struggle. This has been exacerbated by the Covid-19 pandemic.”

For LGBTQI+ persons, participating politically in this context is difficult, both as candidates and voters. Yet, Triangle’s 2018 research, which surveyed 876 people, shows that for most LGBTQI+ persons surveyed, voting is the main form of political participation, with education, basic services and political leadership among the top issues considered by LGBTQI+ voters when selecting a party.

As a previous Daily Maverick article shows, many parties have made efforts to enhance the representation of women under the guise of gender equality, supporting the idea that representation brings an additional focus to the issues of marginalised groups. To date, these efforts have not been successful in ensuring equal representation of men and women, and they have certainly not been effective in increasing the representation of LGBTQI+ persons in government. “We need LGBTQI+ inclusion in politics to ensure that we are recognised as equal members of society, to ensure our voices are heard, our issues understood, our contributions valued, and our needs addressed” says Smit.

In South Africa, as of 2021, there is no political party that exclusively focuses on the needs of LGBTQI+ persons, and there is certainly no reason to assume that all LGBTQI+ persons have the same needs or concerns. However, existing parties would do well to wake up to the potential rewards were they to appeal to LGBTQI+ voters by explicitly addressing SOGIESC human rights in their manifestos and action. This is because LGBTQI+ persons make up a significant constituency of voters – in 2015, about 530,000 adults self-identified as LGBTQI+. By simple maths, if all LGBTQI+ persons voted for the same party in national elections this could help a party secure a significant number of seats in Parliament – at least 10 based on voter turnout in the 2019 elections where a party needed an estimated 46,725 votes to get one seat.

Whether that seat would actually be filled with a self-identified LGBTQI+ representative is another matter entirely. “In elections, there are generally very few openly LGBTQI+ candidates or even just candidates knowledgeable about and committed to LGBTQI+ issues. Openly LGBTQI+ candidates risk discrimination, ignorance and abuse both from people within their party and the public. For LGBTQI+ voters, it is therefore difficult to find candidates to vote for who would also advance their rights and issues” says Smit.

Triangle’s own research supports this, finding that, as of 2017 just eight openly LGBTQI+ persons had been elected to national Parliament, seven of whom were men in the DA, with the other being ANC minister Lynne Brown. The research also found that none of the top five parties (at that time ANC, COPE, DA, EFF and IFP) explicitly mentioned LGBTQI+ issues in their previous election manifestos (2014/16). The Institute of Race Relations’ recent research shows that parties performed better in 2019. The 2021 manifestos remain a mystery despite an imminent election.

In addition to socioeconomic and party-political barriers to LGBTQI+ inclusion, there are also legislative barriers to LGBTQI+ persons having equal access to voting and running for office. The current legal model of gender recognition, facilitated by the Alteration of Sex Description and Sex Status Act (Act 49 of 2003) pathologises transgender, gender diverse and intersex persons who want to change their gender marker on their ID documents, and does not make provision for nonbinary persons. Its discriminatory medical requirements block access for most people who need gender marker changes. It fails to respect the right to gender self-determination.

Thus, although transgender and intersex people have the legal right to change their gender marker on their official documents to better reflect their actual gender identity, there are many practical and bureaucratic obstacles in the way to the achievement of this right, as Daily Maverick has reported.

The Electoral Act makes it a requirement that officials check that a voter’s name and identity match those listed in their document. This poses a challenge on voting day, and for registration, when voters must present an ID document that might not match their identity. Smit explains that “transgender, gender diverse, nonbinary and intersex persons may face discrimination, barriers and exclusion at voting stations if the gender markers or photos on their identity documents do not reflect their gender identity, gender expression or physical appearance. Some may not even want to register to vote for this reason.”

Currently the Electoral Commission of South Africa (IEC) does not have a procedure to ensure there is clarity on how to proceed in such cases. If the voting official is not sensitive to this situation, and the needs of LGBTQI+ voters, this can discourage them from returning to vote again. “In addition, unhoused LGBTQI+ people often do not have IDs or the resources to obtain them, which means the most marginalised LGBTQI+ people often cannot vote at all,” says Smit.

In 2021, as reported by Daily Maverick, the Department of Home Affairs introduced a Draft Official Identity Management Policy which attempts to address legal gender representation matters for trans, nonbinary and intersex persons, including the amendment of the Alteration of Sex Description and Sex Status Act. Despite good intentions, the policy doesn’t include a consistently accurate understanding of SOGIESC concepts and needs additional work before it actually enhances SOGIESC human rights.

“It is through greater LGBTQI+ visibility that we can achieve social change in attitudes and perceptions,” adds Smit. This is evidenced in other countries around the world where governments and electoral management bodies have taken proactive steps to promote LGBTQI+ political inclusion and participation.

For example, in 2012, Argentina passed the Gender Identity Law which allows transgender people to be treated according to their self-identified gender identity. All that is required is the submission of a letter to the National Bureau of Statistics. Several other countries have followed suit. In Mexico, in 2017, the National Electoral Institute adopted a protocol to ensure the right to vote, without discrimination, for trans people. It includes guidelines for electoral officials on election day, and efforts to promote registration of voters before elections. Similarly, in Brazil in 2018, the Tribunal Superior Electoral made it permissible to allow transgender people to register with the gender identity and social name of their preference, and established a specific registration period to enable this. In Pakistan, in 2011, the Election Commission was instructed by the Supreme Court to allow transgender citizens to register as voters based on self-identification. These are just a few examples of where a proactive approach can assist increased registration and participation, particularly for transgender voters.

South Africa is a complex country where legislative equality and freedom often do not translate into substantive lived equality for many groups. The prevalence of violence, hate crimes and hate speech also may discourage LGBTQI+ participation on voting day.

To achieve greater visibility and representation in government, candidates have to come forward and stand for office, particularly at the local government level where the majority of basic services are delivered. Triangle’s work seeks to address exactly this.

“Two cohorts of young LGBTQI+ leaders have been trained through our Political Leadership Learning Institute. They developed knowledge and skills in political campaigning and networking, the electoral system, SOGIESC human rights frameworks, Parliament and governance structures, and working with the media.”

It’s encouraging to hear that the response from political parties has been promising. “The three biggest parties were all keen to partner in providing training to their members on LGBTQI+ inclusion and SOGIESC rights. A number of political parties (ANC, DA, EFF, ATM, IFP) participated in the civil society forums hosted by our Political Leadership alumni in the Eastern Cape, Western Cape and KwaZulu-Natal.”

Work like that of the Triangle Project is vital to ensure that LGBTQI+ issues are raised at all levels of government, that polling places and electoral processes are affirming and safe for all voters, and that every South African is equally able to access the right to vote in our forthcoming elections. DM/MC