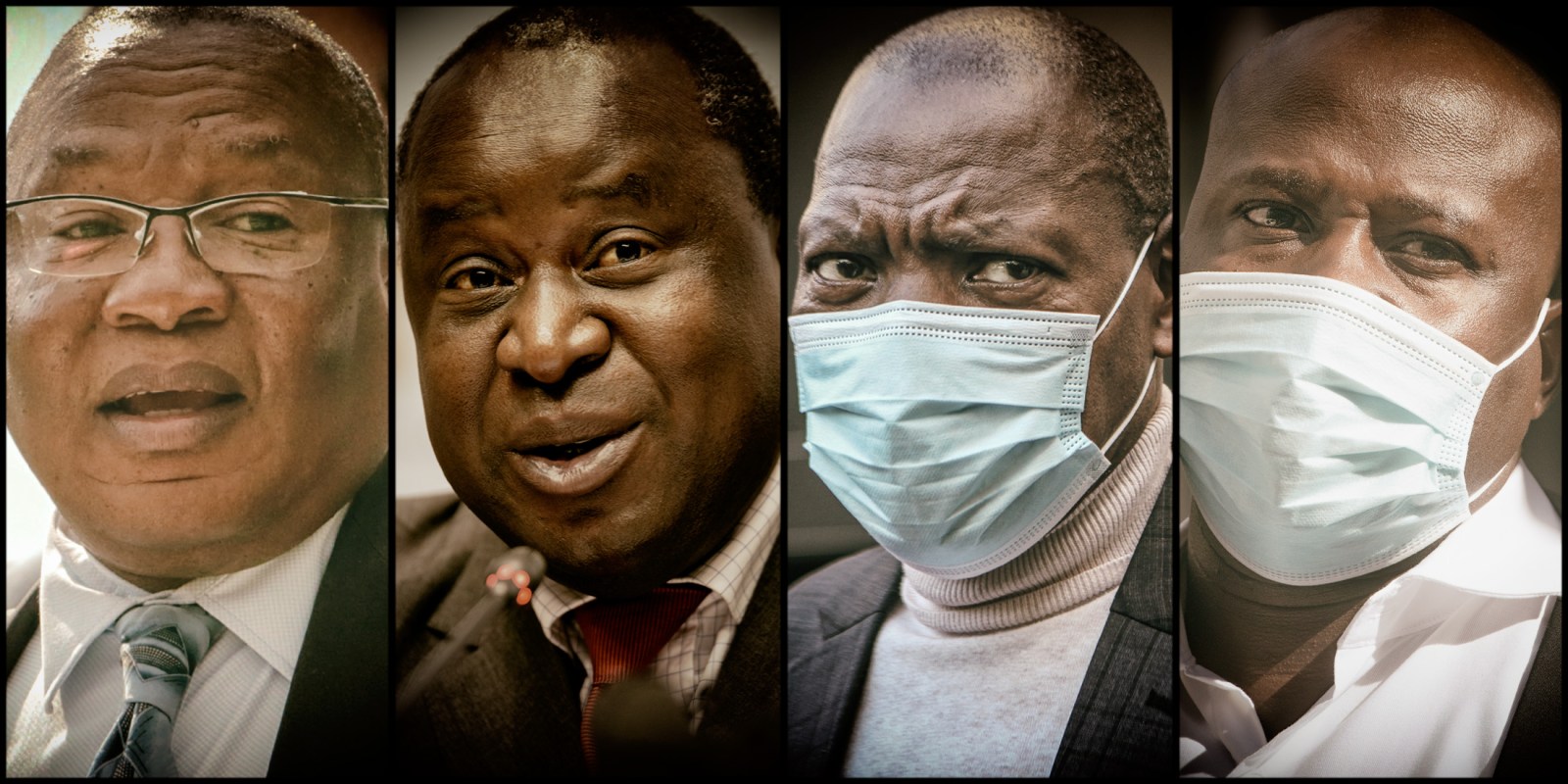 “It is my personal and political decision to stay on as an MP,” is ANC MP Tito Mboweni’s text reply to a request for comment. The former finance minister’s resignation from Cabinet had been long predicted when President Cyril Ramaphosa announced on 5 August he had granted Mboweni’s wish.

This week Mboweni attended the first meeting of the water and sanitation committee which ANC Chief Whip Pemmy Majodina assigned him to. But it was a brief meeting to elect ANC MP Robert Mashego as committee chairperson.

Mkhize is joined on the human settlements committee by another former Cabinet minister, advocate Mike Masutha, who held the justice portfolio, but did not make it back after the May 2019 elections, being too low on the ANC lists. Masutha was also sent to the rules committee.

By next week everyone should have settled in nicely.

Not needing such a transition was ANC MP Bongani Bongo, the former state security minister, as he had shifted to the back benches in May after stepping aside. That was after he was charged and appeared in court for another corruption trial. The previously acting home affairs chairperson, Mosa Chabane, was installed as permanent chairperson this week.

Elected as higher education committee chairperson was Nompendulo Mkhatshwa, the former #FeesMustFall activist and Wits University students’ representative council president. She has served on that committee since coming to Parliament in the May 2019 elections.

ANC MP Tandi Mahambehlala, once a deputy minister in the Jacob Zuma administration, was moved from chairing the international relations committee, which has been razor-sharp in its criticism of both the department and Minister Naledi Pandor, a Ramaphosa ally once mooted as his CR17 deputy. Central to this criticism were strong rebukes over various overseas property deals.

Mahambehlala is associated with the Radical Economic Transformation (RET) grouping in the ANC parliamentary caucus. In her last official statement before the move to chair the parliamentary tourism committee, she slated the last-minute apology by Pandor and the acting director-general for not appearing before the committee.

Mahambehlala is now chairing tourism, whose previous chair, Supra Mahumapelo, took Mahambehlala’s former post at the helm of the international relations committee. A Teflon politician, the former North West premier, even though closely associated with the RET ANC faction, has to date rebuffed most if not all rebukes, including a five-year suspension the North West ANC disciplinary committee tried to impose on him in late June.

Fellow RET supporter Faith Muthambi — she made more than one appearance at ex-president Jacob Zuma’s court cases — is no longer chair of the cooperative governance committee, taking instead the chair at the environmental affairs committee.

It’s a curious move, as the cooperative governance committee MPs had formed cross-party political bonds and were working well together, not cutting any corners in oversight. And if that meant working the 7pm to 10pm Zoom slot at night, it was done.

At least until someone complained, and Majodina and the House Chairperson for Committees, Cedric Frolick, got involved.

The writing has been on the wall since then.

Interestingly, the Freedom Front Plus seemed to give the benefit of the doubt to newly elected health committee chairperson Kenny Jacobs.

The ANC parliamentary caucus changes were published in a most unusual format — it resembled more an internal political working document — in the Announcements, Tablings and Committee Reports (ATC), or Parliament’s record of work.

It’s unclear why the changes for the National Assembly were published like that. The National Council of Provinces (NCOP), in the same ATC of 27 August, published its changes in the traditional format of discharged/appointed.

NCOP Eastern Cape delegate Zukiswa Ncitha is no longer chairperson of the petitions and executive undertakings committee, a post she had until now kept after months earlier stepping aside from her provincial party political duties for being accused of fraud.

That committee is now chaired by ANC NCOP Eastern Cape delegate Zolani Mkiva — a recipient of the national Order of Ikhamanga in Silver, according to the Presidency, with an email address Parliament gives as [email protected]

Ncitha, a former Buffalo City Metro mayor, is one of the 14 accused in the Nelson Mandela funeral corruption case, which after years of delay is set to start in the high court on 5 October.

According to the ANC parliamentary caucus reshuffle, Ncitha now serves on the NCOP committees of appropriation and finance. DM