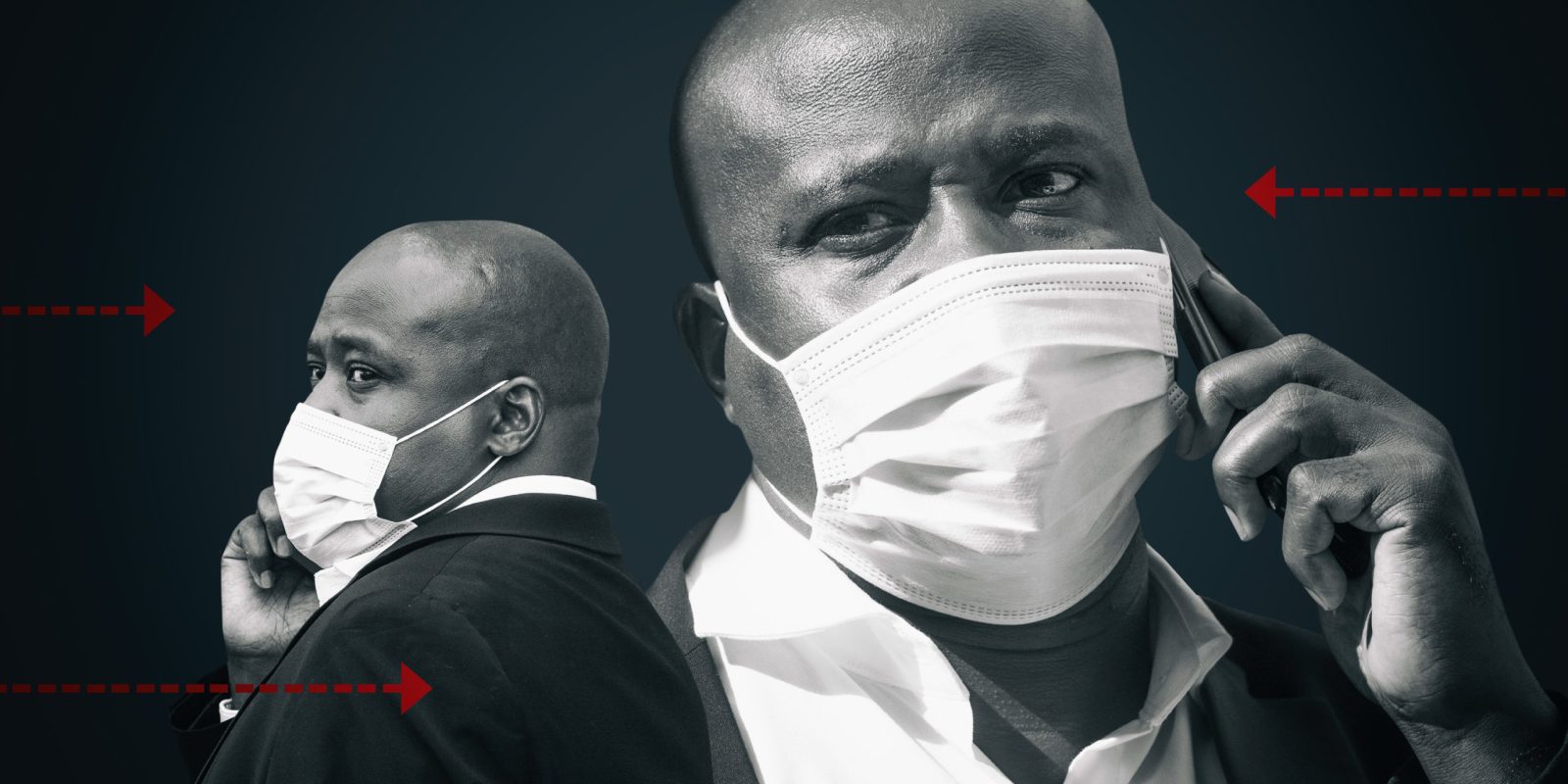 ANC MP Bongani Bongo has taken leave from Parliament, signalling that the governing party’s rule — step aside if criminally charged or face suspension — is biting. But the rule is a paradox — regardless of stepping aside or suspension, legislators must attend committees and sittings of the House.

First order of business for Parliament’s home affairs committee on Tuesday was to elect an acting chairperson. No particular reason was given beyond “the chairperson is not in the meeting”.

“… [A] number of ANC members had stepped aside and others had been served with notices of suspension. These include our secretary-general Ace Magashule and NEC member Bongani Bongo.”

Bongo on Tuesday confirmed: “I am suspended,” and that he has also taken leave from Parliament since Friday. He declined to say anything more. But being on leave, particularly long leave, is not an inconsequential matter for a publicly elected lawmaker.

To be away from Parliament on leave for longer than 15 consecutive sitting days requires a motion in the House, according to Rule 36, that “must state the reason for the request and period for which continued leave of absence is sought”. And such a motion may be rejected.

Unauthorised extended absence from sittings of the House can lead to losing one’s seat on the parliamentary benches, according to Rule 37.

It’s only in January 2022 that Bongo and 11 others will go on trial for fraud, corruption, money laundering and violating the Public Finance Management Act (PFMA) in Mpumalanga — the reason for his suspension under the ANC step-aside rule.

If Bongo were to remain on long leave until then, the ANC in Parliament must bring a motion saying he — and possibly others — are suspended from the party because they face criminal charges. Opposition parties would make political hay, never mind that it’s an election year with the municipal poll set for 27 October.

But, crucially, the ANC step-aside/suspension rule is just plain odd and contradictory.

While it’s easy to tell NEC members not to speak publicly on ANC matters during their step aside/suspension, the ANC rule hits turbulence when it comes to elected public representatives, especially legislators.

The parliamentary rules on leave are just the first bump on this road.

While on step aside/suspension, the publicly elected ANC office-holder “may not occupy any executive office (minister, deputy minister, MEC, MMC (member of mayoral committee) or other position of responsibility in the legislative body of caucus to which you belong (Speaker, Deputy Speaker, chairperson, whip etc”, according to an official step-aside/suspension ANC document seen by Daily Maverick.

Effectively, the step-aside/suspension rule simply brings about a demotion if the suspended person is a chairperson, as is Bongo, and also National Council of Provinces (NCOP) delegate Zukiswa Ncitha, chairperson of the petitions and executive undertakings committee.

The document goes on:

“During the period that s/he steps aside (is suspended), a public representative must:

1)  Attend sittings of the legislative body and its committees to which you belong, unless otherwise agreed.

2)  Vote on behalf of the organisation when requested to do so.”

The Oxford dictionary defines suspend as, “Officially prohibit (someone) from holding their usual post or carrying out their usual role for a particular length of time.”

The rule raises a fundamental contradiction by requiring stepped-aside/suspended ANC legislators to do their work, like attending committees and sittings. Bluntly put, be suspended, but still go to work — just don’t speak, but vote.

It’s a political calculation aimed at maintaining the ANC’s majority in tightly balanced precarious places like the Gauteng legislature and councils across South Africa.

The ANC rule goes deeper into the incongruous.

An ANC public representative who is stepped aside/suspended also may not “represent the organisation publicly or in any other forum, including speaking in the legislature body that you belong to, other than being a member of that body”.

Yet an ANC lawmaker at all time represents the ANC — there’s no other way but to speak on behalf of the ANC in Parliament, or the provincial legislatures and also in local government councils.

That was made clear at the State Capture commission in April when both ANC president Cyril Ramaphosa and national chairperson Gwede Mantashe repeatedly and vigorously maintained that because South Africa works on a party political system, MPs are in Parliament to represent the party — not their own jacket.

Publicly elected representatives — in committee or in the House, or even in the party caucus — speak on behalf of and for the party they represent. That’s the reality of the national and provincial legislatures and of councils, which are the law-making bodies at local government level.

To recap the ANC step-aside/suspension rule:

The impact is for the stepped-aside/suspended ANC legislator to undergo a demotion, if a chairperson, whip or such, but still requiring her/him to participate — silently because of the ban on speaking for the ANC — in committees and House sittings where (s)he must vote if and when required.

And the taxpayer picks up the tab.

“During the period that a public representative steps aside, s/he will be entitled to remuneration and other benefits in line with her/his conditions of employment,” says the document seen by Daily Maverick, and applicable to Parliament, provincial legislatures and municipal councils and also to the executive, including ministers, MECs and MMCs.

The ANC in the National Assembly did not comment beyond saying that party headquarters, Luthuli House, was still expected to write to the ANC’s chief whip. On the NCOP side, chief whip Seiso Mohai did not respond to several calls and a text sent on Tuesday.

Parliament spokesperson Moloto Mothapo on Tuesday indicated that both Houses had rules for various types of leave and absences, most of which fall within the scope of political parties — except when leave of more than 15 consecutive sitting days is involved. Permission from the respective House is then required.

Bongo is not the only stepped-aside/suspended ANC parliamentarian. NCOP petitions and executive undertakings committee chairperson Zukiswa Ncitha stepped aside some two months ago after the Eastern Cape ANC executive suspended her along with then health MEC Sindiswa Gomba and others.

On Tuesday, Ncitha, who was Buffalo City metro mayor, appeared in the East London Magistrates’ Court as one of 12 accused in the Nelson Mandela funeral corruption scandal that saw R10-million disappear. The case, which involves charges of fraud, corruption and contravening the Municipal Finance Management Act, was postponed to 20 July 2021.

Ncitha told Daily Maverick she “stepped aside a long time ago”, immediately after the March ANC provincial executive meeting. “I wrote a letter to the secretary the same day.”

Asked what arrangements had been made with Parliament, Ncitha simply replied: “I have done my part. Now the ANC processes must happen.”

With the ANC’s step-aside/suspension rule contradictory and wobbly, particularly when it comes to legislators, it remains to be seen how it all unfolds. DM