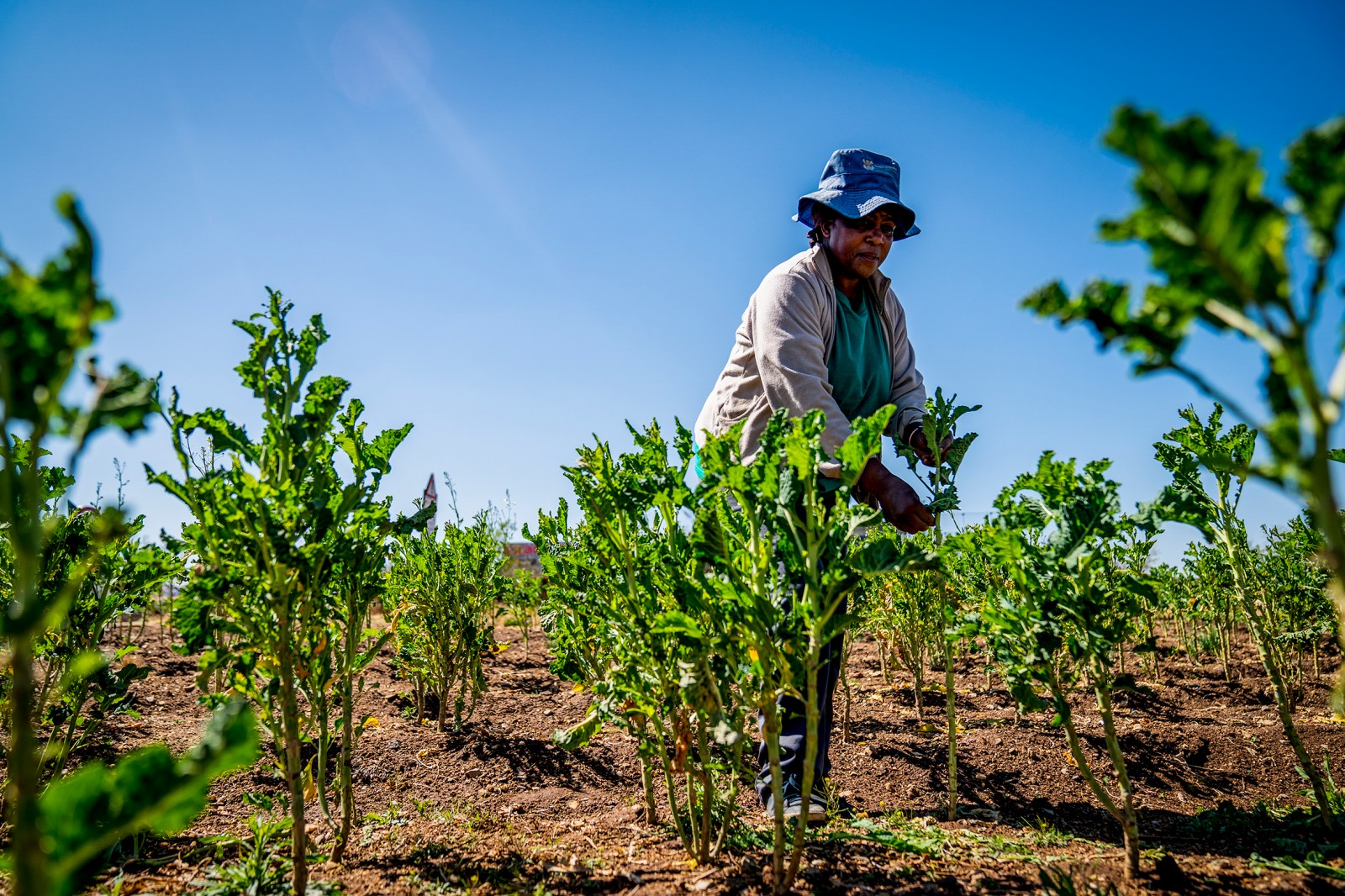 Alexandra women working in the Lenin communal garden are plugging the hunger, nutritional and gender gap, but above all they are raising awareness of small-scale farmers, urban agriculture and the food security programme in Joburg.

Women are not only most affected by food insecurity, but bear the food and nutrition responsibilities for families and communities in the entire food value chain – from growing crops to bringing food to the table.

While the South African agricultural and labour market recognises men more than women, the Lenin Drive communal garden in Alexandra township challenges the narrative. The predominantly women-run project is an example of Johannesburg’s urban agriculture and food security programme, the ultimate goal of which is to enable beneficiaries to become self-sustainable, emerging and commercial farmers.

City of Joburg spokesperson Nthatisi Modingoane said the programme is important in the context of a historically male-dominated farming sector and the repression of urban farming, particularly in the townships.

The Lenin Drive garden was once a dumpsite and a rape and murder hotspot, but is now a community garden that sustains region E of the Joburg City Council and beyond with fresh vegetables and herbs. The fresh produce ensures residents’ nutritional and medicinal needs are taken care of. Curly kale, spring onions, chomolia, carrots, spinach and cabbage are popular.

The land belongs to the City but managed by 13 individuals or cooperatives with different visions. Better-performing cooperatives are identified from a pool of communal gardeners and allocated 1ha or more through the Food Empowerment Zone/AGRI parks. These are large City-owned farms ranging from 5ha to 500ha. They include Eikenhoff farm, south of Johannesburg (270ha) and Northern farm (58ha) near Diepsloot.

Violetta Phala Mabaso, a farmer at the Lenin garden and founder of the Malobanyane Co-operative, is one woman who has been successful in the communal garden and has since been given another, larger farm next to Mam Refiloe Molefe’s downtown farm.

Mabaso said she joined the Lenin garden in 2014 with a vision of educating residents of Alexandra about organic, culinary and medical herbs, and hasn’t looked back.

Her willingness to learn and try alternatives to diversify farming and treat it like any other business, has enabled her to expand from a 1,400m2 garden to a 2,5ha farm. She expanded her business from selling fresh organic vegetables and herbs to drying and preserving them. Mabaso uses a traditional method which she has adapted slightly from drying in the scorching sun to under a shade. Drying vegetables and herbs in the shade preserves the colour and all the nutrients, she says.

Her range of dried products include basil, fenugreek, thyme, marjoram, oregano, celery, sage, chilli, rosemary, lemon verbena, parsley, dill, mint and fennel. Her products are widely known throughout Alexandra and beyond for the lifeline they provide.

Another farmer at Lenin garden, Sina Gwebu, says: “Through the communal garden I can feed my family and sell surplus produce to markets in Alex, mainly street hawkers.” She also donates fresh produce to child-headed families, indigent funerals, shelters for abused women, homes for the elderly and for people living with disabilities in her community.

For Gwebu, growing her own food is more than just about putting food on the table, it evokes memories of her childhood in rural areas, where they ate from the farm since her grandfather, her guardian at the time, was a farmer. He always reminded her that “riches come from the soil” – words that have stuck with her, driving her passion for farming.

Gwebu hopes to expand her agricultural productivity to increase impact. Above all, she wants to pass on farming knowledge to the younger generation to empower them.

The Lenin garden is more than just a communal garden, it is a skills centre that helps the farmers with training, seeds and tools.

Two more Lenin gardeners, Zoliswa Tutuka and Siphiwe Mati, are grateful for the farming and business skills attained through the garden. They encourage young people in Alexandra to take up urban farming as a business opportunity and a means to change the myth around agriculture.

Modingoane says: “As the custodian and administrator of the garden, we would like to access external funding to put more infrastructure at Lenin Drive, to intensify the production with high-value crops, increase sales, create jobs and improve the livelihood of the project members”. DM/MC