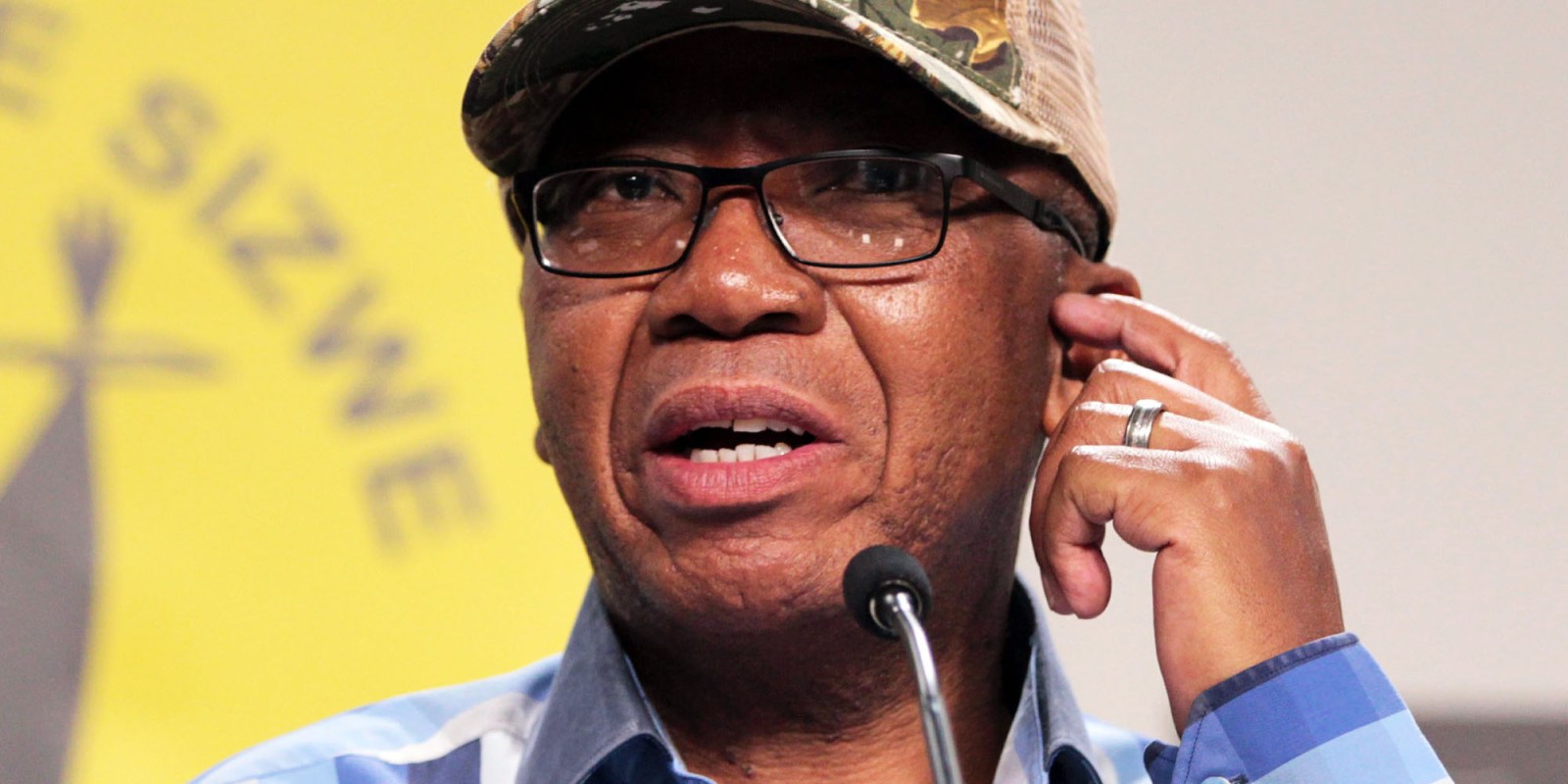 MKMVA leader Kebby Maphatsoe, who died on Tuesday, rose to prominence as an ally of Jacob Zuma. He pinned his career on defending the former president, using the name of Umkhonto weSizwe to spark controversy.

In May 2007, Kebby Maphatsoe appeared in front of Parliament’s Joint Standing Committee on Defence and described the plight of ex-combatants. The then chairperson of the Gauteng Umkhonto weSizwe Military Veterans Association (MKMVA) called on the government to extend further support to those who fought for liberation, claiming that almost 50% of ex-combatants were unemployed and living in poverty, making them vulnerable to drugs, alcohol and lawlessness.

Maphatsoe was elected to lead the MKMVA that same year and continued to highlight the plight of ex-combatants over the next 14 years. But his career became inextricably linked with another event in 2007 and its consequences – Jacob Zuma’s election as ANC president.

Emmanuel Kebby Maphatsoe, who died on Tuesday in Johannesburg at the age of 59, was one of Zuma’s most strident supporters, using the name of the ANC’s armed wing to defend the former president and advance the conspiracy theories that Zuma’s allies pushed to deflect attention from allegations of corruption and other crimes.

The MKMVA leader had Julius Malema, in large part, to thank for the repeated questions and ridicule he faced regarding his time as a soldier in exile and how he lost his right arm.

“One of you must ask Kebby Maphatsoe how he lost his hand,” the EFF leader reportedly told Parliament in 2014. “He was running away from the MK camps. He went awol. Kebby was running into a dangerous farm of wild animals. The police had to shoot him to save him from wild and dangerous animals.”

In an interview with the Mail & Guardian, Maphatsoe said he marched in Soweto on 16 June 1976. His profile on the government’s website says he was a former member of the Congress of South African Students, Soweto Youth Congress and SA Youth Congress.

He told the Mail & Guardian he went into exile in the early 1980s and was trained as a political commissar in MK, spending stints in Lesotho, Zambia and Angola, where he experienced battle on the frontlines, before he was sent to Uganda in 1989.

He told the Sunday Times that conditions in the Ngoma camp in Uganda were unbearable, with inadequate food, poor conditions and excessive punishment.

In interviews, Maphatsoe said he and a group of fellow MK members left Ngoma in 1991 after nothing happened when he reported the poor conditions at the camp to his ANC seniors. He told the Sunday Times the aim was to reach Kenya and get repatriated to South Africa to report his concerns.

While it’s still unclear why exactly Maphatsoe fled Ngoma, there have been widespread reports of difficult and sometimes horrendous conditions at the MK camps.

When he returned to South Africa, Maphatsoe told his story to Shell House, the ANC’s former headquarters. He served as a PR councillor in Johannesburg from 2000 to 2008 and was Johannesburg MKMVA regional chairperson from 2004 to 2005.

Maphatsoe was relatively unknown before Zuma appointed him as deputy minister of defence and military veterans in 2014, a post he filled until 2019. He’s credited with helping add the military veterans’ department to the defence portfolio and his supporters say he helped ex-combatants access housing, jobs and pensions.

“He continued to fight for MK military veterans throughout his life up till his last breath,” said MKMVA spokesperson Carl Niehaus, who has been suspended by the ANC.

Maphatsoe was an MP at the time of his death and the ANC’s parliamentary caucus said in a statement, “In Comrade Maphatsoe’s passing, the ANC has been robbed of a dedicated, loyal and patriotic freedom fighter, a robust and fearless legislator as well as a capable leader.”

Cosatu spokesperson Sizwe Pamla said, “Comrade Kebby Maphatsoe was a passionate fighter for social justice, and he was part of a select cadreship that left the country to fight the evil apartheid regime.

“He was a man who was passionate, and who also spoke his mind without fear.”

But Maphatsoe’s fight for neglected MK members came second to his own self-interest and defence of Zuma and his allies. He defended the Guptas, claiming their critics were racist against Indians and were motivated by white businesses and Western interests.

The courts found that Maphatsoe and former MKMVA leaders had abused a trust established to support veterans, allegedly using the funds for their personal benefit, and ultimately removed him as an administrator.

When the #GuptaLeaks revealed that PR firm Bell Pottinger, contracted by Gupta businesses, had drafted MKMVA media statements, Maphatsoe said the organisation did not need foreigners to tell them the South African reality of white minority capital.

In 2010, the Guptas paid R850,000 for the MKMVA’s national general council. In 2016, Maphatsoe said the MKMVA had extensive business relations with the Guptas, which he was proud of.

In 2014 Maphatsoe made headlines when he accused the then Public Protector, Thuli Madonsela, of being a foreign spy after she found that Zuma should repay the costs of non-security related upgrades to his Nkandla home.

Maphatsoe was not one to hold his tongue and paid for his comments in court, losing multiple defamation cases. Under his leadership the MKMVA was also allegedly paid by the State Security Agency (SSA) to defend Zuma. The Zondo Commission heard that the SSA paid the MKMVA R1.85-million to send “members”, many suspected of being too young to have served, to confront anti-Zuma marchers at an #OccupyLuthuliHouse rally in 2016.

Ahead of Zuma’s recent arrest, the MKMVA backed Zuma’s attempts to raise the stakes, warning of civil unrest should he be incarcerated. MKMVA members stood guard outside Nkandla and Maphatsoe warned that the former president would not be apprehended easily.

“As MKMVA, we had taken a resolution a long time ago in 2007 that we will support [Zuma] up until death do us part because we feel very strong that he has been a target,” Maphatsoe was quoted as saying in February 2021.

Maphatsoe’s funeral will be held on Sunday. DM