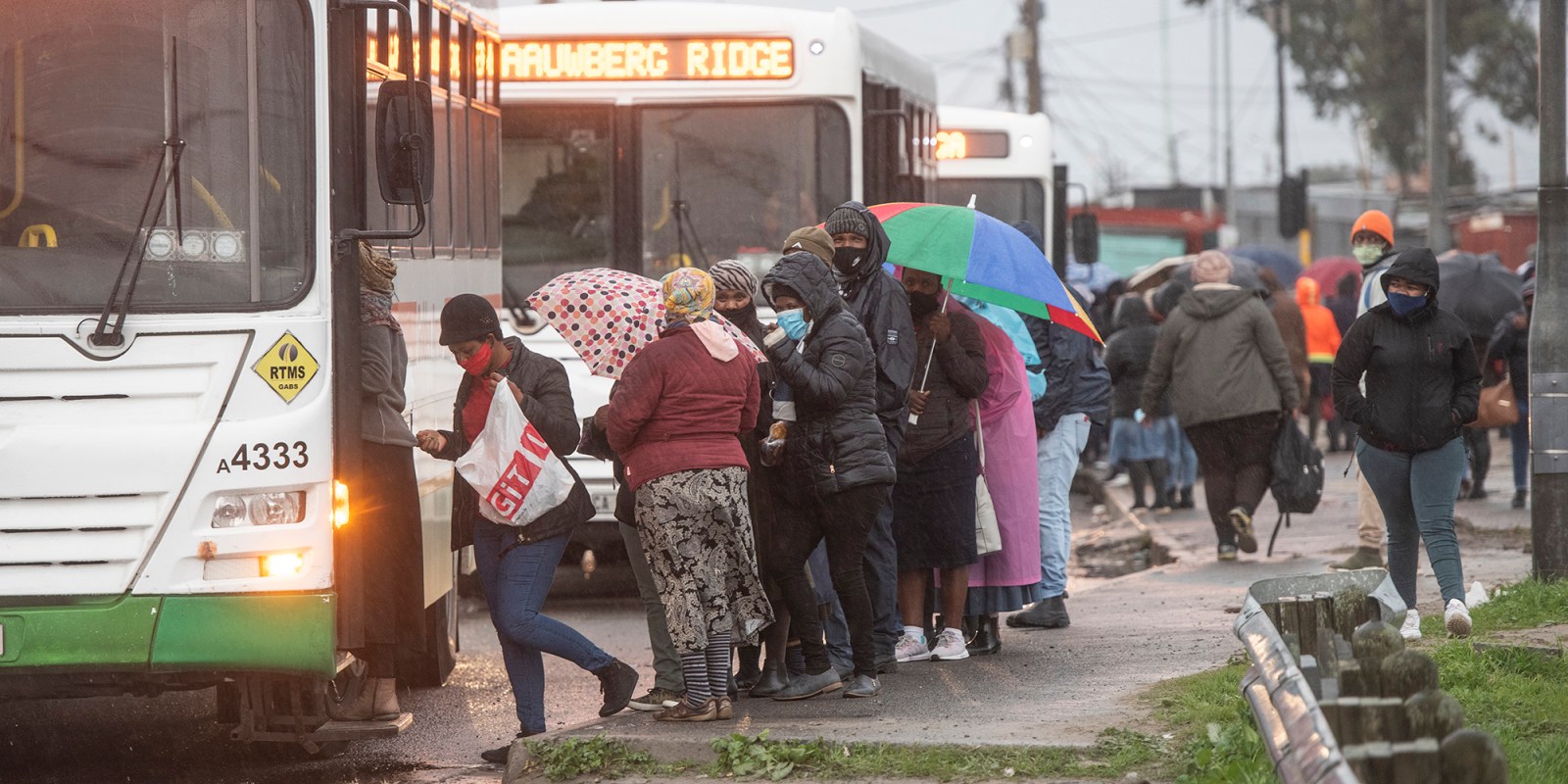 With a few short weeks until municipal elections are due, new Cape Town mayoral committee member responsible for transport, Roberto Quintas, is fully aware of the brief time he has to fix some of the metro’s most pressing transport issues.

On 19 August, during a council sitting, outgoing Cape Town mayor Dan Plato announced Quintas as the new mayoral committee (mayco) member responsible for transport. Quintas will fill the role until the upcoming local government elections, at present scheduled for 27 October 2021, unless the Constitutional Court decides otherwise.

Plato said Quintas’s previous roles on the city’s oversight committee on environmental and spatial planning “allowed him to get a high-level view of the transport environment in the City of Cape Town”.

But Quintas has a short window to fix some of the city’s most pressing transportation problems. Cape Town’s rail services are limited in operation and a key route between the CBD and areas such as Mitchell’s Plain and Khayelitsha are not functioning.

On the other hand, there have been 29 attempted murders and 24 murders in July, directly related to ongoing disputes between rival taxi organisations. Then there are complaints from residents about the state of the city’s roads. Potholes are a common problem across the metro.

On taxi violence, Quintas said he’d had a “front-row experience” about two years ago when there had been “four or five fatalities over a period of a… few weeks”. This had required his engagement as a ward councillor with the provincial and national governments. This had given him a grounding into the nuances and difficulties around continuing issues, he said, “just in a different space”.

Quintas said he had been working closely with Western Cape Transport and Public Works MEC Daylin Mitchell on issues related particularly to the taxi industry, to “assist wherever we can”.

He said integrated public transport was required. Part of this included working with the Passenger Rail Agency of South Africa (Prasa), which he said the city was doing everything it legally could to assist the agency to fix its service. Quintas described rail as the “backbone” of the city’s transport system.

In addition, Quintas wants the MyCiTi N2 Express service up and running again. The service, which runs from the CBD to suburbs such as Mitchell’s Plain and Khayelitsha, has not been operational since April 2019.

“We know that there’s a definite desire (from) the residents, commuters from Mitchell’s Plain and Khayelitsha, to see that route… running again. That’s going to certainly be a focus — one of my hopeful, achievable goals before the end of this term if we go into next year,” Quintas said.

If the Constitutional Court rules for a postponement of the municipal elections, Quintas could be a mayco member until February 2022.

“Obviously, if it’s going to be at the end of next month… then in October, I don’t know if I’m going to be able to pull that rabbit out of that hat,” he joked in a lighter moment during the interview.

In a more serious tone, he spoke about the N2 Express service. “I said I will make it a focus… that if we have that extended term, I would like it to be a personal deliverable that we see the N2 Express at the very least up and running again”.

One of Quintas’ prime goals is to fix potholes in the city’s roads.

He explained that under various Covid-19 lockdowns the infrastructure complaints could not be attended to. Thus the city was saddled with an almost “five-month backlog of road maintenance and repairs”, aggravated by the winter weather and closures of city depots related to Covid-19 cases among personnel.

Quintas said that with the upcoming dry season and the allocated budget, “I firmly believe we’re going to be making a very, very good headway”. By the end of his term, Quintas would like to see Cape Town’s roads “being (of) a standard that Capetonian residents and ratepayers expect of Cape Town roads, where possible, exceeding their expectations”.

He urged residents to report transport and road-related issues — “the city can’t fix what we don’t know is broken”.

“Keep us accountable,” said Quintas and added, “we are here to be kept accountable… and we’re here to ensure that transport plays its part in creating a city that Capetonians can be proud of and to be proud to live in”.

Quintas told Daily Maverick that his role was a privilege and not something to be taken for granted. “It’s something that comes with a great deal of responsibility” but he was aware that he had a very limited time “in which to make whatever difference I can”. DM