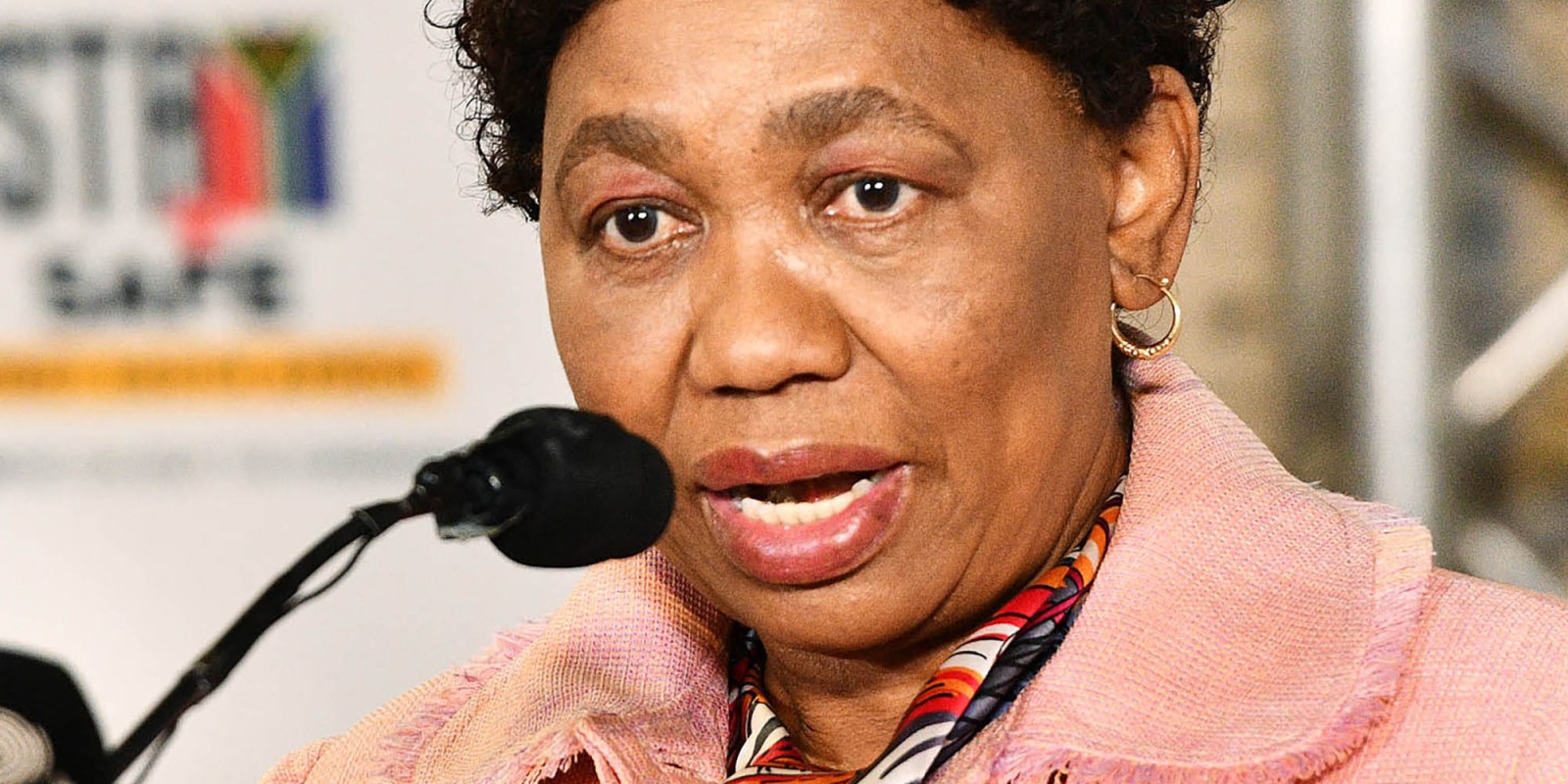 Minister of Basic Education, Angie Motshekga addresses the media, providing an update on the basic education sector’s response to the impact of COVID-19 on schooling in Pretoria, South Africa on Sunday 29 August 2021. (Photo: Jairus Mmutle/GCIS)

Despite expressing concern about the ‘crisis of lost learning’ caused by pandemic-induced disruptions to teaching time, Basic Education Minister Angie Motshekga has announced that the October school holidays will continue as planned.

More than half the school year and at least 80% of learning time was lost in 2020. This was revealed by Professor Martin Gustafsson, socio-economic researcher at Stellenbosch University (SU) during a briefing by the Department of Basic Education on Sunday.

“The challenges around learning and teaching are very serious, and if we don’t find a way of containing them now, the consequences are dire,” Basic Education Minister Angie Motshekga said. The minister provided an update on the impact of the Covid-19 pandemic on schooling, saying that a strategy to recover lost learning remains critical.

“The unpredicted closures of our schools, and the unplanned disruptions to teaching and learning have resulted in the reversal of gains made in the last 20 years,” said Motshekga, who expressed deep concern over the learning losses reported since the start of the pandemic.

Motshekga said the first step to addressing “the crisis of lost learning” is to prevent further disruptions to school time, and prevent additional learning losses.

“Our efforts to introduce comprehensive safety protocols in schools, and the vaccination of teachers and support staff, have created the possibility to keep schools open, and a sustained return to regular attendance,” she said.

The second step, said the minister, is to implement measures to catch up on the teaching time which has been lost as a result of Covid-19 disruptions.

However, socio-economic researcher at Stellenbosch University (SU), Professor Martin Gustafsson says research done for the education department indicates that it is nearly impossible to recover all of the lost learning time over the past 18 months.

Addressing the media on the learning losses in the sector, Gustafsson said: “The sobering reality is that we have now reached a point where it’s virtually impossible to recover all of the lost learning. So the challenge currently is to minimise the losses that have occured. We almost certainly are not going to be able to get back to where we should be, or would have been, had there been no pandemic.”

This means that, in South Africa, for every day of contact time lost, approximately 1.5 days of learning are lost, explained Gustafsson.

“If a child loses a week of school time, the child has lost approximately 1.5 weeks of actual learning, because of the way learning works,” he added.

The pandemic-induced disruptions have hindered pupils’ progression, causing learning to effectively, “slow down”, he said. “These disruptions have effects on learners that go beyond what one might think by just looking at the time that learners have lost.”

So far, about 50% of the 2021 school year has been lost for a large number of pupils, as distancing strategies implemented in last year continue.

Monitoring indicates that pupils have been receiving approximately three days of schooling per week, said Gustafsson. This lack of contact between pupils and teachers is what lies behind the learning losses experienced in the sector, he said.

“If children are not in contact with teachers, especially children from disadvantaged communities, learning does not happen as it should,” he added.

The NIDS-CRAM data indicates that attendance issues have been worse in rural and township schools. Gustafsson said that the Eastern Cape and Free State appear to have “particularly serious” losses in attendance.

While the NIDS-CRAM Wave 4 data suggests that school enrolment is approximately 500,000 pupils less in 2021 than it should be, the Department of Basic Education has conducted its own preliminary research on levels of attendance and enrolment, which suggest that this number could be lower.

According to Gustafsson, the DBE’s research, which will be released soon, found that:

“The concerns that we have in South Africa are global concerns,” added Gustafsson.

The World Bank estimates that globally pupils with disrupted schooling due to the pandemic will earn on average 5% less in their lifetimes.

“This would be a lot worse for some – especially those who lose a lot of schooling and drop out of school. So these are very serious long-term effects,” he said.

Gustafsson expressed concern about the impact of the Covid-19 pandemic on matric students 10 years from now, whose learning was disrupted during critical foundation years.

“We can be certain that there are losses throughout the system, but what is particularly concerning are these losses at the foundation phase, because this is where fundamental skills are developed,” he said.

Despite remarks from Motshekga about the “urgent need to recover learning that has been lost” and concern over the disruptions to the sector, she announced that the October school holidays will continue as scheduled.

The decision comes after news that Department of Education officials had considered scrapping the October break, as a way to make up for lost school days. The proposal to cancel the mid-term break was met with immediate pushback from teacher unions, who were opposed to the change in the school calendar. Both the South African Democratic Teachers Union and the SA Onderwysers Unie argued that the DBE had not consulted with them on the proposed amendment.

Following rounds of consultations, the Council of Education Ministers (CEM) met on Friday, 27 August, to consider recommendations from stakeholders regarding further amendments to the 2021 school calendar, to help make up for lost teaching time.

Three options emerged from the consultations; which were subsequently presented to the CEM for consideration.

The CEM agreed that the October school holidays will not be interfered with and will remain intact. “The CEM further recommended that the lost number of school days would be recovered at a district and school level, but with reasonableness,” said Motshekga. DM