This week we’re listening to: Ending stigma with stories 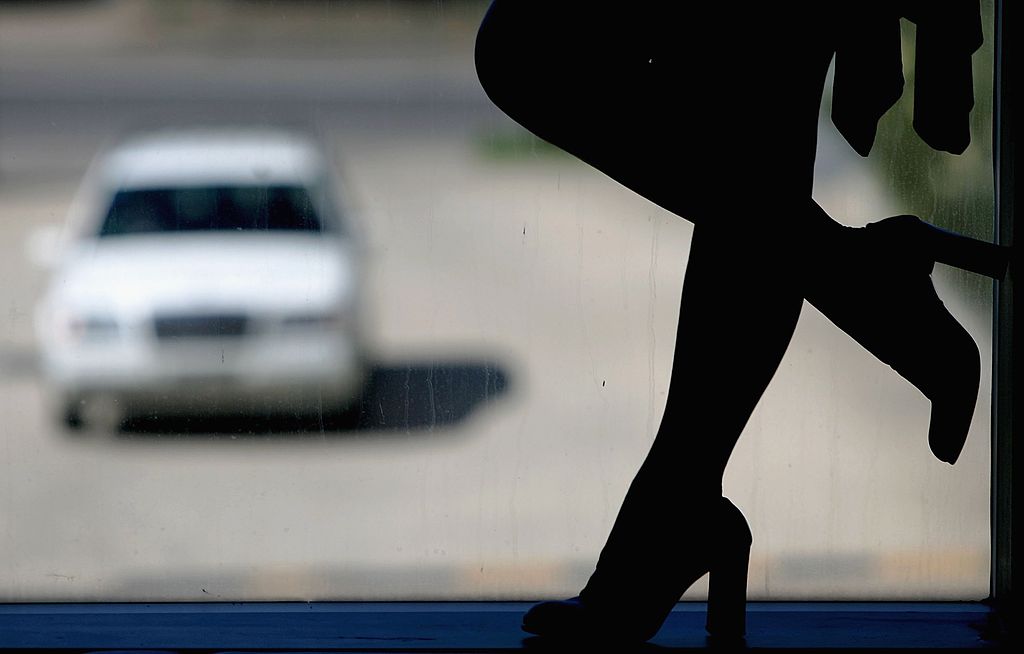 Beth, a “service provider” at Sydney brothel The Site, stands in a window as a motorist approaches September 1, 2006 in Sydney, Australia. (Photo Illustration by Ian Waldie/Getty Images)

At the end of Women’s Month, this podcast episode unpacks why empathy is vital in telling women’s stories. Host Kentse Radebe converses with Duduzile Dlamini from SWEAT, an organisation that advocates for the rights of sex workers in South Africa, and Zeenat Hendricks from Rape Crisis on how they are telling stories true to South African women’s experiences.

“Empathy is described as the ability of a narrative to put us in another place or time, or even allow us to place ourselves in another person’s shoes and to see the world through their eyes,” host Kentse Radebe says. Empathy is, she argues, vital in storytelling, especially when it comes to telling stories that are true to women’s lived experiences.

“Stories are important, there’s no denying that. They are powerful, and they have the potential to change our thinking, perceptions and perhaps even our actions, but it is empathy that gives stories their power in advocacy,” Radebe explains.

When stories are told and shared with empathy, highlighting the complexities of our humanity, they have the ability to combat stigma and stereotypes, creating a space for experiences to live in the light instead of shunned in the darkness of shame.

“Empathy helps us resist judgment, question assumptions, understand and appreciate the motivations that ultimately create system shifts. Stigma is a powerful social force that often rob society of our ability to be nuanced and our understanding of a social phenomenon, for a rape victim, it could be subtle implications from friends and family that placed the blame on the victim… The stigma of being raped can often prevent women from reporting sexual assault,” Radebe explains.

“For a sex worker, on the other hand, stigma puts sex workers at risk since criminal and licensing laws against sex work often lead to violence. According to an article in The Conversation, mere knowledge of someone’s sex work can be used against them by abusive partners as blackmail or suggesting they’re unfit parents in custody cases. Not only that, but stigma is also socially isolating, it leaves sex workers with few options to turn to for support and is a critical barrier to accessing health care, human rights and justice.”

So how do we move away from stigma and towards more empathy?

Authentic storytelling grows empathy — people can tell when something is not genuine, and that can be the difference between whether someone buys into a cause or not. Radebe asks human rights and social justice activist Ishtar Lakhani how we can create authentic stories that can inspire change.

“I often ask people, ‘What made you care?’ And I’ve asked this question to thousands of activists all around the world and all of them tell really deep, meaningful, visceral, very personal stories… Of an experience they had that moved them to care and moved them to care enough to do something about it,” Lakhani says.

“When developing any kind of advocacy intervention, my question is: if we’re trying out a tactic and that didn’t move us to care, what makes us think it’s going to move someone else? I think building narratives is a huge part of what we do as people who advocate for particular issues.”

This means that outside perspectives are not enough. We need to be telling stories from within.

“What’s really important around the narratives of sex worker rights is that so often it’s, it’s written or told by someone else and 99% of the time that someone else is a Hollywood director, or a journalist or someone who has never actually lived a life in the sex industry or knows anything about what it means to be a sex worker. So, what’s really important is that we make sure that the narratives that are put out in the world are actually narratives led and told by those who are most affected,” says Lakhani.

Zeenat Hendricks, the communications coordinator at Rape Crisis, feels that despite the serious nature of her work, there are still opportunities for creative storytelling that empowers and engages people.

“I’ve been trying to figure out, you know, what does sexual violence mean? How do I understand it? How do I relate to it? What can I, as the communications person do to better the strategy so that the community, and at large South Africa can benefit from the work of Rape Crisis and so then more people have access to services.”

At this point in the conversation, Radebe highlights how SWEAT, the Sex Workers Education and Advocacy Task force, has been utilising creative storytelling to highlight the rights of sex workers and to make the case for the decriminalization of sex work in South Africa.

In 2019, SWEAT ran a campaign for a sex worker-led party during the general elections.

Duduzile Dlamini, SWEAT’s advocacy manager, explains that the campaign wanted to show that sex workers are capable for advocating for themselves and deserve a seat at the table.

“I want to prove people wrong … being a sex worker, that doesn’t mean that I’m a bad person, or that I’m a bad mom. I deserve to be respected regardless of the work that I do,” Dlamini says.

“Stop assuming who we are, we know who we are, we really do, but we are not victims. I know who I am, I know what I want, and I know that I am a human rights defender for each and every woman in South Africa who needs to be supported. I am a fighter.” DM/ML