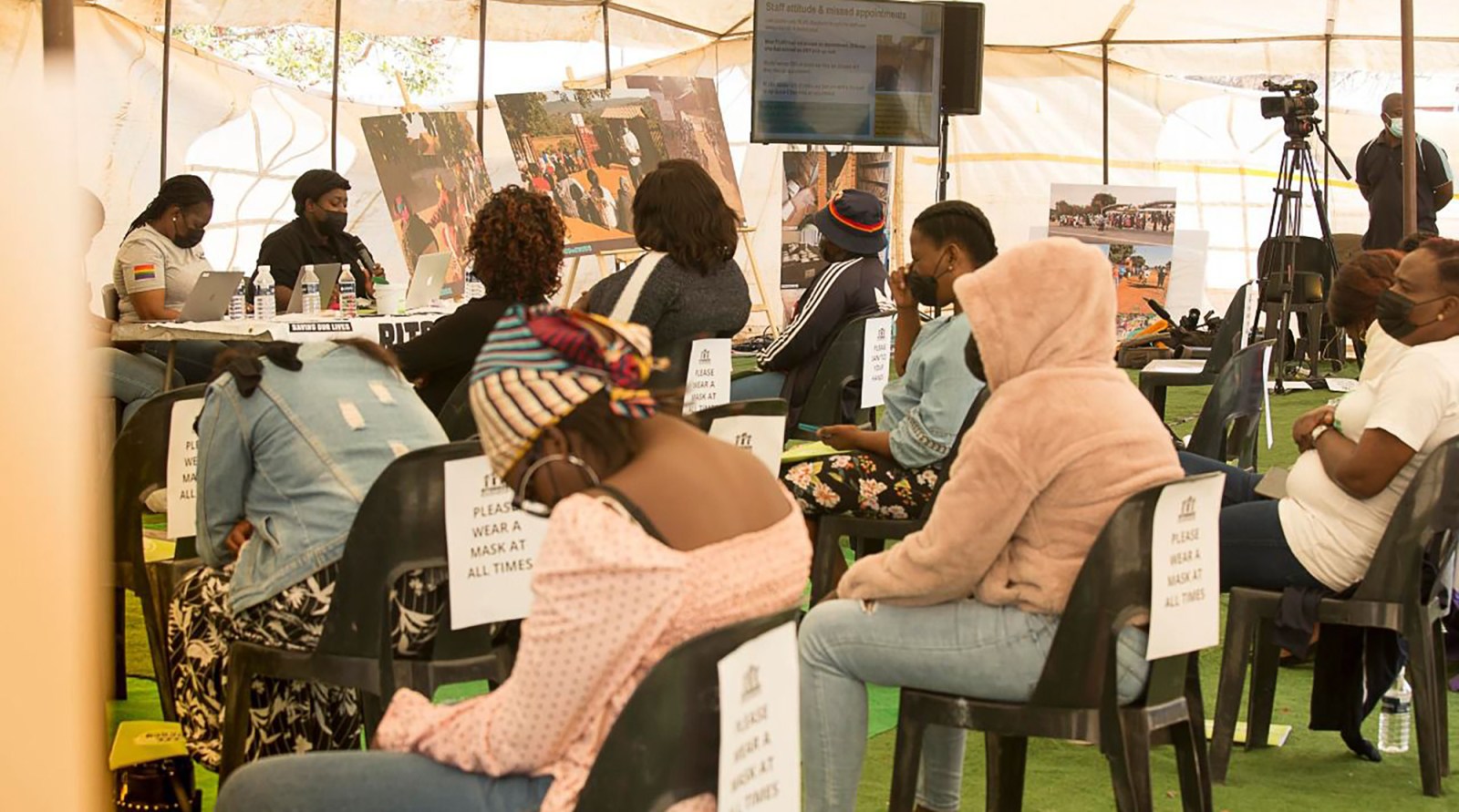 The launch of the Ritshidze report. (Photo: Rian Horn / Ritshidze)

Ritshidze’s report on the state of Limpopo’s public health system finds that patients are defaulting on critical treatment as a result of understaffing, long waiting periods as well as medication stockouts when seeking medical services.

The report, which was as a result of community-led monitoring, was compiled in collaboration with a number of partner organisations, including the Treatment Action Campaign (TAC), National Association of People Living with HIV and Aids, and Positive Action Campaign.

Patients reported long waiting times when seeking medical services, with the average time being four hours. Many patients said that they started queuing at medical facilities at 4am and that they felt “very unsafe” having to do this.

In the report, 35-year-old Adam from Giyani, who was diagnosed with HIV in 2010, said he is dependent on the public health system to get his ARV medication.

“I am working, so I can only get to the clinic sometimes in the afternoon and when you get there the nurses will still be on lunch, all of them at the same time,” Adam said.

On the issue of privacy he said that, “There is still a thing at Giyani where they will separate the chronic medicine patients from others. It doesn’t worry me because I have accepted my status, but for some people it means they are forced by the queue to disclose, even when they’re not ready.”

The report’s recommendations for the department of health included:

The Limpopo Department of Health had been invited to the launch but was not in attendance. TAC national chairperson Sibongile Tshabalala said she would like to send a clear message to the district department of health that, “It’s not your call to tell us how to raise our issues… when to publish our reports or when not to publish our reports… it seems we are the only ones who want to see an improvement in the services.”

The National Association of People Living with HIV and Aids welcomed the report, saying that “it was an eye-opener” and that the recommendations showed that there was a need for organisations to reignite activism and not just write reports in order to engage the Department of Health.

The next Ritshidze meetings where provincial reports will be launched will be the Free State on Thursday, 9 September, and the Eastern Cape on Thursday, 23 September. DM/MC