Marikana and the many faces of justice 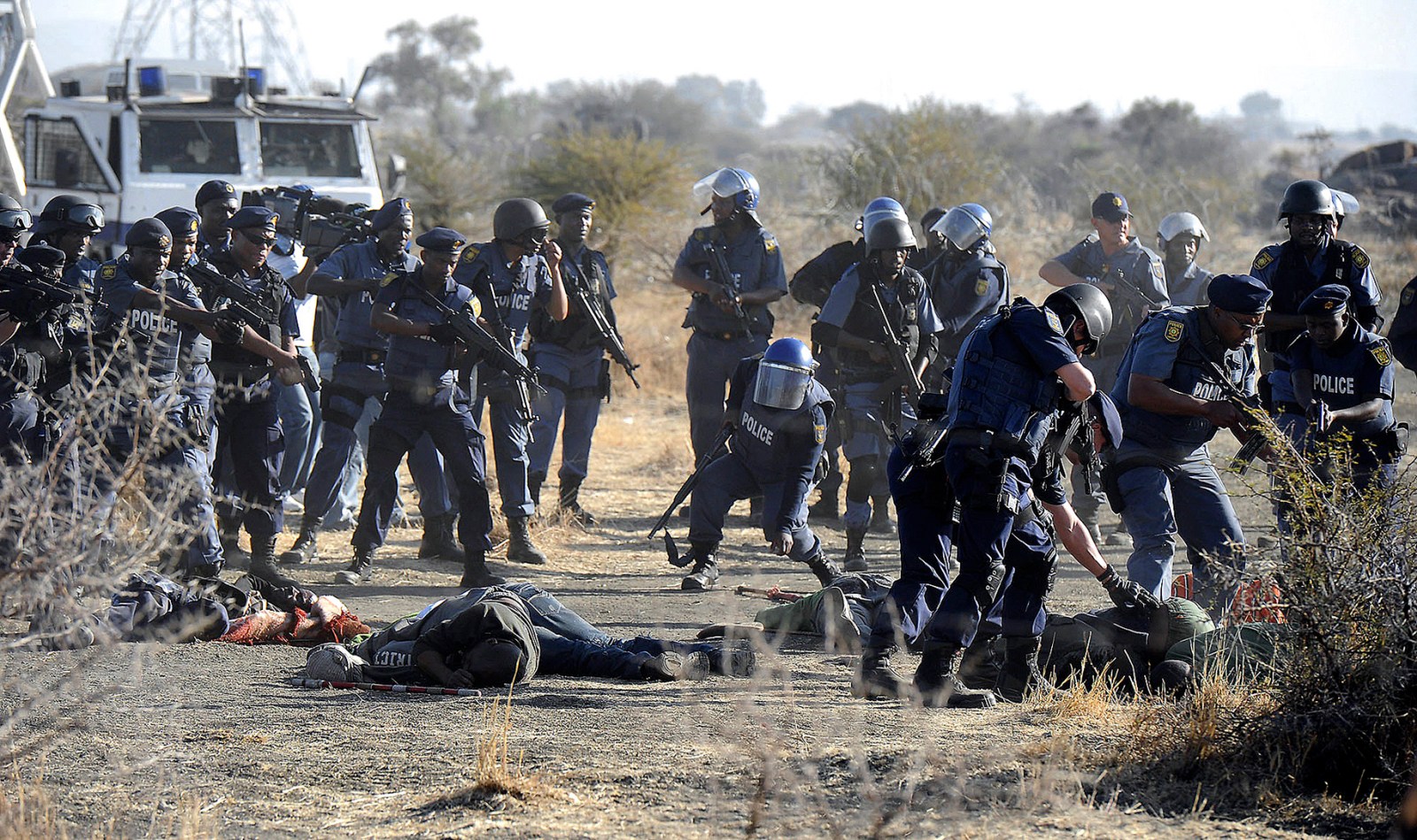 Viewing the events that transpired at Marikana beyond a quest for justice through retribution might bring a different perspective to our understanding of the events, explain why justice is still being sought, and why it matters.

Yvonne Erasmus is a senior researcher at the Socio-Economic Rights Institute of South Africa.

Between 13 and 16 August 2012, 37 mine workers were shot while protesting to demand a living wage and better working conditions. Nine years later, justice has not yet been secured.

Retribution is commonly viewed as the only form of justice that counts. Viewing the events that transpired at Marikana through a wider lens might bring a different perspective to our understanding of the events, explain why justice is still being sought and why that matters.

First, consider justice as distribution, one of its oldest articulations. Distributive justice refers to the equitable distribution of wealth. The history of labour migration in South Africa has been well documented — the securing of a cheap, reliable black labour force for the mines, enforced during apartheid through pass laws, held devastating consequences for the miners, their families, and the communities they came from.

Although conditions have improved for some post-1994, distribution of the wealth that miners are employed to extract, and the profits of the mining companies they work for, is by no means equitable.

During the strike, rock drillers were demanding a monthly salary of R12,500, up from the R4,000-R5,000 they were earning at the time. They were also agitating for improved living conditions: as part of a Social Labour Plan that was agreed in 2006, Lonmin undertook to build 5,500 houses for the mine workers and their families, but progress had been slow.

In the four years preceding the massacre, Lonmin paid $607-million in dividends to its shareholders and by 2019 had still only built 1,149 of the homes. In the context of systemic inequality and exploitative labour practices, events that unfolded at Marikana nine years ago demand that distributive justice be secured.

Second, consider justice as recognition, which involves finding ways of recognising our common and equal humanity. The humanity of the miners who were killed, their families, and the miners who survived has been overlooked.

One example was at the Farlam Commission of Inquiry where the wives, partners and families of those who were killed were not allowed to give testimony and were unexpected witnesses to images of their slain loved ones being shown on screen, adding new trauma to already existing layers of loss and grief.

Another example is how the miners had been depicted as “irrational, violent and unreasonable” together with decontextualised images of knobkerries, sangomas, and muti. These examples shaped the narrative at the time about who the miners were, the legitimacy of their demands, and the use of deadly force by the police to end the strike.

On the one hand, there have been claims for compensation that have successfully secured about R80-million in payment for the families in the past three years.

As recently as this year, with one trial still in process, two groups of police have also been criminally prosecuted in relation to the incidents of that week. To date, 17 miners have been prosecuted for the events at Marikana, in contrast to nine police officers — and none for the killing of miners on 16 August. The wheels of retributive justice turn slowly and ongoing justice-seeking efforts for the miners and their families, such as the pursuit of criminal prosecutions, remain a matter of priority.

Finally, consider justice as transformation, which speaks to changing institutions, practices, behaviour and attitudes. Unfortunately, the South African Police Service (SAPS) continues to use force excessively, such as during student protests against financial exclusion in March 2021 in Johannesburg where members of SAPS responded violently. They fired rubber bullets and used water cannon, tear gas and stun grenades to disperse the protesting students.

It was the death of a civilian, Mthokozisi Ntumba, killed by police while dispersing the students, which finally pressed the police to release the report of the Panel of Experts on Public Order Policing which was established in compliance with the Farlam Commission’s recommendations. The report was finally released in March 2021, nearly three years after it was submitted to the Minister of Police in July 2018.

It is only with changes to institutions and practices, along these lines, that transformative justice will have been secured for the Marikana Massacre.

There is a long way to go. Justice is not just about crime and punishment, important as they are. Justice should also be about fairness and the equal distribution of wealth, recognition of one another as equally human, and the transformation of both our institutions and ourselves. Only then can we say that justice for the events at Marikana has truly been secured. DM