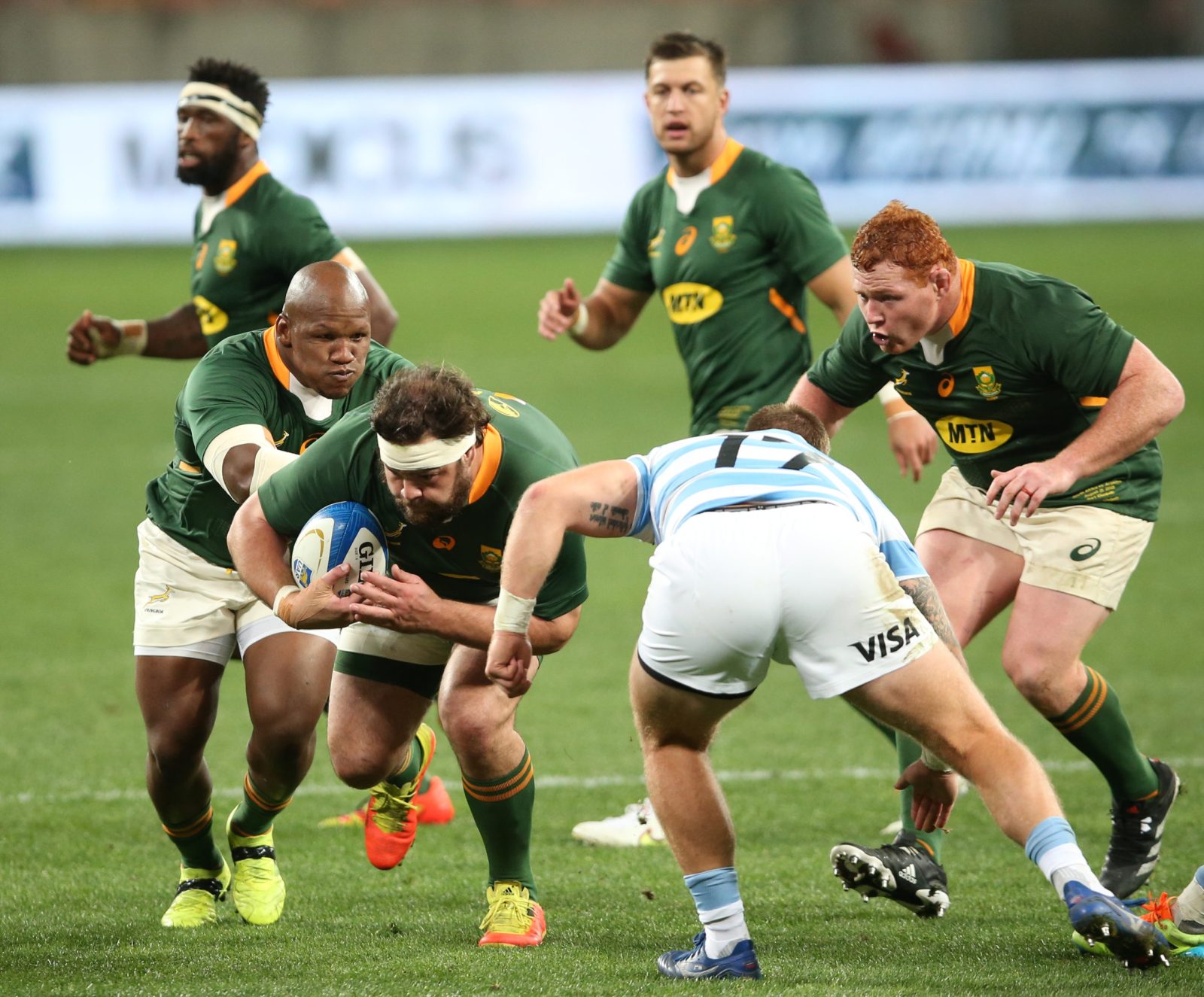 The Springboks did what they had to do, to see off the Pumas 29-10 in their second round of the Rugby Championship in Gqeberha on Saturday, but it was a match marred by multiple penalties.

Argentina captain Julian Montoya was the first to acknowledge that ill-discipline cost his team after they suffered a second heavy defeat against the Springboks in the space of a week.

Pumas lock Tomas Lavanini’s match started with tears during a rousing rendition of the Argentina national anthem, followed by 82 minutes of his usual physicality, and ended with an almost inevitable yellow card. It was a perfect summation of the Pumas as a collective – passionate, industrious and ultimately ill-disciplined and defeated.

The Pumas conceded 20 penalties in all, including a whopping 13 in the first half, which robbed them, and the match, of any momentum and cost Argentina any chance of victory. The Boks conceded 11 penalties in total, which is about average for this level.

South Africa are nothing if not ruthless, and flyhalf Handre Pollard gratefully accepted the gifts the Pumas kept providing as he slotted five first half penalties to give the Boks a 15-3 lead at the break. Pollard added two later conversions for a personal haul of 19 points.

It was the least the world champions deserved after they weathered an early Pumas onslaught in a match that was designated as an Argentina ‘home’ game under the Covid-19 disrupted schedule.

After keeping the Pumas at arm’s length for the opening 10 minutes, the Boks found field position but couldn’t break down a resolute and often illegal Pumas defence.

Argentina conceded penalties for, among other offences, offsides, illegal scrumming, stopping the Bok maul illegally and taking an opponent out in the lineout. They covered just about every illegal base, which led to the least surprising yellow card of the season when referee Karl Dickson lost patience with the collective and sent No 8 Rodrigo Bruni to the sin bin.

After halftime the Boks finally crossed the line with a multi-phase move that ended with left wing Makazole Mapimpi scoring in the corner. It was his 16th Test try in only his 18th start.

A few minutes later, hooker Malcolm Marx plunged over the line from the back of a Bok rolling maul. That move started after diminutive wing Cheslin Kolbe earned a breakdown penalty as he swooped over the ball.

Seeing Kolbe contest so manically at the breakdown despite being clobbered by several players 30kg heavier than him, underlined how seriously these Boks take their defensive duties.

It also epitomised Kolbe’s individual contribution. To quote Thom Yorke from Radiohead, “he buzzes like a fridge, he’s like a detuned radio.”

Kolbe often thwarted Pumas attacks by shooting up out of the line and played scrumhalf for the last 10 minutes after replacement halfback Jaden Hendrikse was stretchered off with a serious ankle injury.

But the Bok man of the match was Lood de Jager in his 50th Test. The towering second rower made 15 tackles and won eight lineouts as well as carrying effectively. He is back to his best after an injury-plagued 12 months. When he was withdrawn around the hour mark the Boks’ intensity dropped off and the Pumas ended the stronger team.

The Bok bench was not as effective as it usually is, although Hendrikse looked lively and new cap Nicolaas Janse van Rensburg showed some nice touches when he arrived.

Most disappointingly for the Boks, they conceded an 86th minute try when hard-working Pumas flank Pablo Matera bashed over the line after a disrupted rolling maul. It was probably the least the Pumas deserved from the game.

Bok coach Jacques Nienaber might not have enjoyed it, but he would also understand that it was conceded six minutes after the hooter as the Boks were chasing a bonus point for scoring a third try. They had a chance earlier in the move to punt the ball to touch and end the game. But they continued to play on in search of the bonus point. There was some honour in that.

Despite the Pumas’ try, the Boks have only conceded three tries in six Tests this season. It remains a remarkable record.

The Boks are top of the Rugby Championship standings following the victory with nine log points from two games. However, there is no clarity where the remainder of the tournament will be played following the change in Covid-19 regulations in New Zealand and Australia in the past week.

As ever, the Boks were able to shut out the distractions and do their jobs, even if it wasn’t as clinical as usual. They did their part in Gqeberha on Saturday and now it’s up to the administrators to sort out the rest. DM