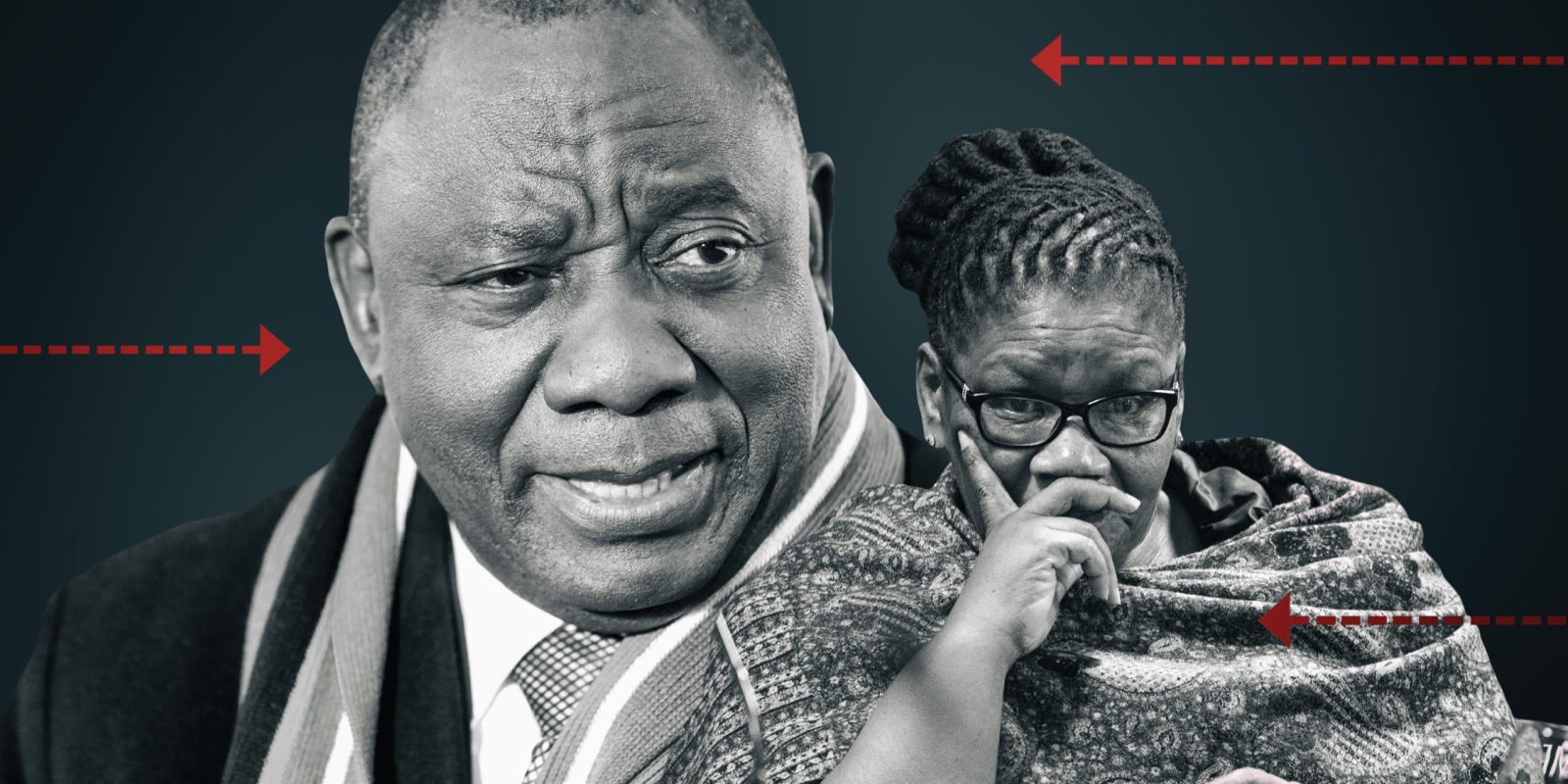 President Cyril Ramaphosa may well believe he needs a woman to be his deputy president, to at least balance his ticket. Thandi Modise has the seniority and track record in the ANC that makes it hard to argue against her.

After his testimony at the Zondo Commission, and the probable political decline of the Radical Economic Transformation faction headed by suspended ANC secretary-general Ace Magashule, President Cyril Ramaphosa now appears to be close to entrenching his political power and starting to pay attention to the 2022 ANC elective conference. A report that new Defence Minister Thandi Modise may feature as his next deputy suggests further changes are looming in our politics.

Modise has a long track record in our politics and in the Struggle. But just the suggestion that Ramaphosa is looking elsewhere is also an indication of the possible decline in the fortunes of current Deputy President David Mabuza.

At the weekend the Sunday Times reported that one of the reasons Ramaphosa had moved Modise to the Department of Defence was to properly position her for the deputy leadership of the ANC at the party’s next internal elections, due in December 2022.

After the suspension of Magashule, the jailing of former president Jacob Zuma, the resignation of Health Minister Zweli Mkhize and the culmination of the Zondo Commission, it may now be hard, though not completely impossible, to find anyone who would seriously contest against Ramaphosa.

First, there are very few candidates who would have a realistic chance of beating him, and second, his position is now well entrenched and it would be unwise to publicly campaign against him.

In some ways, this indicates how Mabuza’s position has changed.

Just two years and three months ago Mabuza had the power to prevent Ramaphosa from announcing his new Cabinet. Mabuza insisted on first going to the ANC’s Integrity Commission before being announced as deputy president. It later turned out that he had not been cleared by that commission, despite his stated assumption that he had.

In the past 18 months three major processes have occurred.

First, while Mabuza appeared to hold the balance of power at the ANC’s Nasrec conference, this was only because the two camps were so finely poised. As Ramaphosa has gained political power, the branch numbers theoretically controlled by Mabuza have become less important.

Second, Mabuza’s hold on his own constituency in Mpumalanga appears to have weakened. There is now severe contestation ahead of the provincial conference, and at least one regional conference has seen violence. It is not certain that Mabuza is able to control his home province.

And third is the dynamic which is impossible to properly assess. Mabuza recently spent at least a month receiving medical treatment in Russia. The nature of his condition is not known, but this was not his first visit there for treatment. The fact that he requires medical treatment in a foreign country may well be seen as placing him in the power of a foreign government, and in the eyes of at least some delegates and other political players, he may appear to be hopelessly compromised.

As a result, Ramaphosa may no longer need Mabuza in the position of deputy president.

Then there is the political case for Modise.

She has a long track record in the ANC, having been in the movement since at least 1976, when she slipped across the border into Botswana. Later, she became the first woman to be jailed for activities involving Umkhonto weSizwe, serving time in prison in Kroonstad.

More recently, from 2007 to 2012, Modise was the deputy secretary-general of the ANC, and she was premier of North West from 2010 to 2014. While she was there, the province enjoyed relative political calm; after she left there was turbulence caused by different factions.

Then there is the role she played in Parliament up until two weeks ago.

There is some evidence that she tried to be a less partisan Speaker of the National Assembly than her predecessor, Baleka Mbete. She allowed a motion brought by the DA to investigate the fitness for office of the Public Protector, Busisiwe Mkhwebane, to go ahead. During debates, she appeared to try to be fair to opposition parties, including the EFF, which disrupted last year’s State of the Nation Address.

However, her critics will point to her conduct involving a farm which she owned, where many animals died. While this appeared to be the result of her carelessness, animal cruelty charges against her were dismissed, as it was impossible to prove a direct link between her actions and the deaths of the animals. (However, as the NSPCA points out, she left the animals in the care of a man whom she paid R30 a day).

Then there is the dynamics of the moment.

Ramaphosa may well believe he needs a woman to be his deputy president, to at least balance his ticket. Modise has the seniority and track record in the ANC that makes it hard to argue against her.

It has also become rather difficult to find senior leaders in the ANC who are not tainted by the party’s many financial scandals.

One of the problems Mabuza faces is The New York Times report detailing his alleged involvement in Mpumalanga corruption before he became deputy president.

Gauteng Premier David Makhura may have been one possibility. But he is being dragged into the Esidimeni scandal, and the PPE and school decontamination scandals in Gauteng have damaged his administration.

So Modise may be the best choice out of a vanishingly small group of people.

A much more complicated question is: if Modise does turn out to be Ramaphosa’s choice for deputy leader of the ANC, does he want her to take over from him after his second term?

Up until this point, the only obvious long-term choice appeared to be Justice Minister Ronald Lamola, who helped Ramaphosa’s ANC victory at Nasrec.

It is not clear at this stage if Ramaphosa merely wants Modise to be his deputy in his second term, or if he believes she could be president after him. But, certainly, putting her in the deputy presidency would make her the front-runner for the top job come 2027.

Unfortunately for Modise, her new job as defence minister will be no picnic. In fact, it is likely that this will be a new area of focus for our politics.

The SANDF is suffering from years of under-investment, it has soldiers deployed domestically after the violence in KwaZulu-Natal and Gauteng, and it is about to send soldiers to Mozambique – a deployment that comes with its own challenges as it is the first time that our soldiers are being used as part of a SADC force.

There is plenty of scope for mistakes, accidents and disasters, which could reflect badly on Modise.

While it is not possible at this stage to make predictions as to whether Modise will succeed Mabuza, or possibly even Ramaphosa in the longer term, the public speculation does mark another shift. There is now less than 18 months before the start of the ANC’s next scheduled leadership conference.

The jockeying for positions has begun. DM