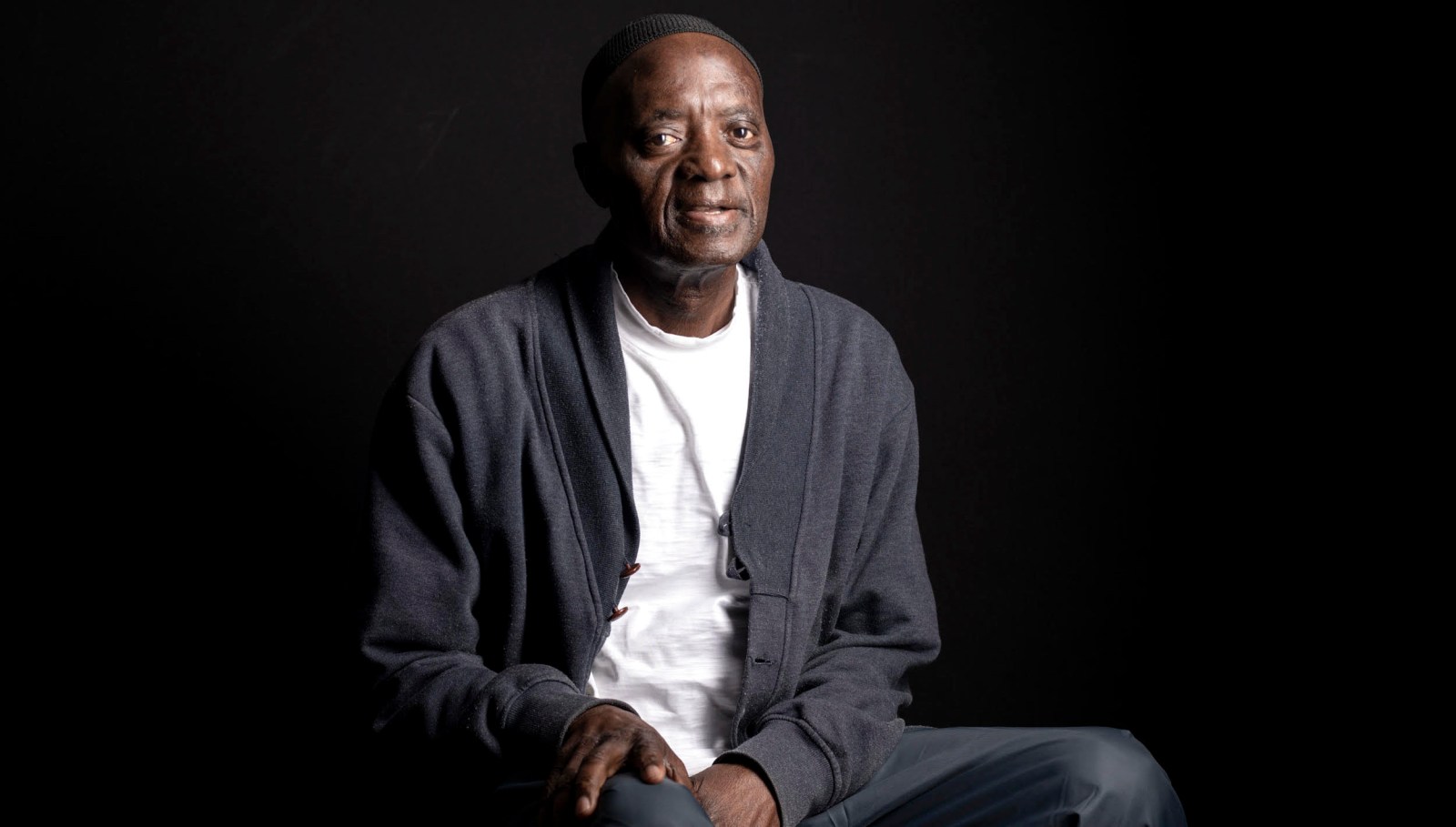 Art offers us a different language to that we hear every day from politicians. It is one still rooted in our humanity, in empathy and grief, in celebration and imagination, combining solidarity and singularity. But whatever its form or means of expression, it inevitably loops back to politics and how we are governed. It disrupts and makes us re-think.

At the memorial service of South African playwright and poet Maishe Maponya, the man artists mockingly call the “Minister of Condolences (and Congratulations)”, Nathi Mthethwa, was most visible by his absence.

But that was as it should be. It meant there was no discordant note, no teller of lies to disturb the griots of truth who had gathered to remember a writer who for forty years had given expression to the anger, grief and dignity of the downtrodden — first under apartheid and then under the ANC. His last book of poetry is titled Truth Be Told, Da’s Kak in the Land, its name taken from a poem he wrote dedicated to Michael Komape, the five-year old boy who in 2014 drowned in a pit toilet at school as well as “all the little ones whose grandparents and great grandparents laid down their lives for our freedom” .

Had Mthethwa arrived as an uninvited guest to once again feed off another person’s reputation, the spirit of Maponya so present that afternoon amongst his friends and family, they might have cast words at him from We Bleed, a poem he wrote in 2015:

But Mthethwa stayed away. Like Jacob Zuma at the memorial of Ahmed Kathrada, he wasn’t invited. But this didn’t excuse the fact that the Ministry of Sports, Arts and Culture didn’t even issue a statement on the passing of Maponya, despite his sustained and stellar reputation as one of South Africa’s finest creative artists. In the restrained words of Davis Maponya it was “disappointing that no one made mention of Maishe’s passing and his legacy.” 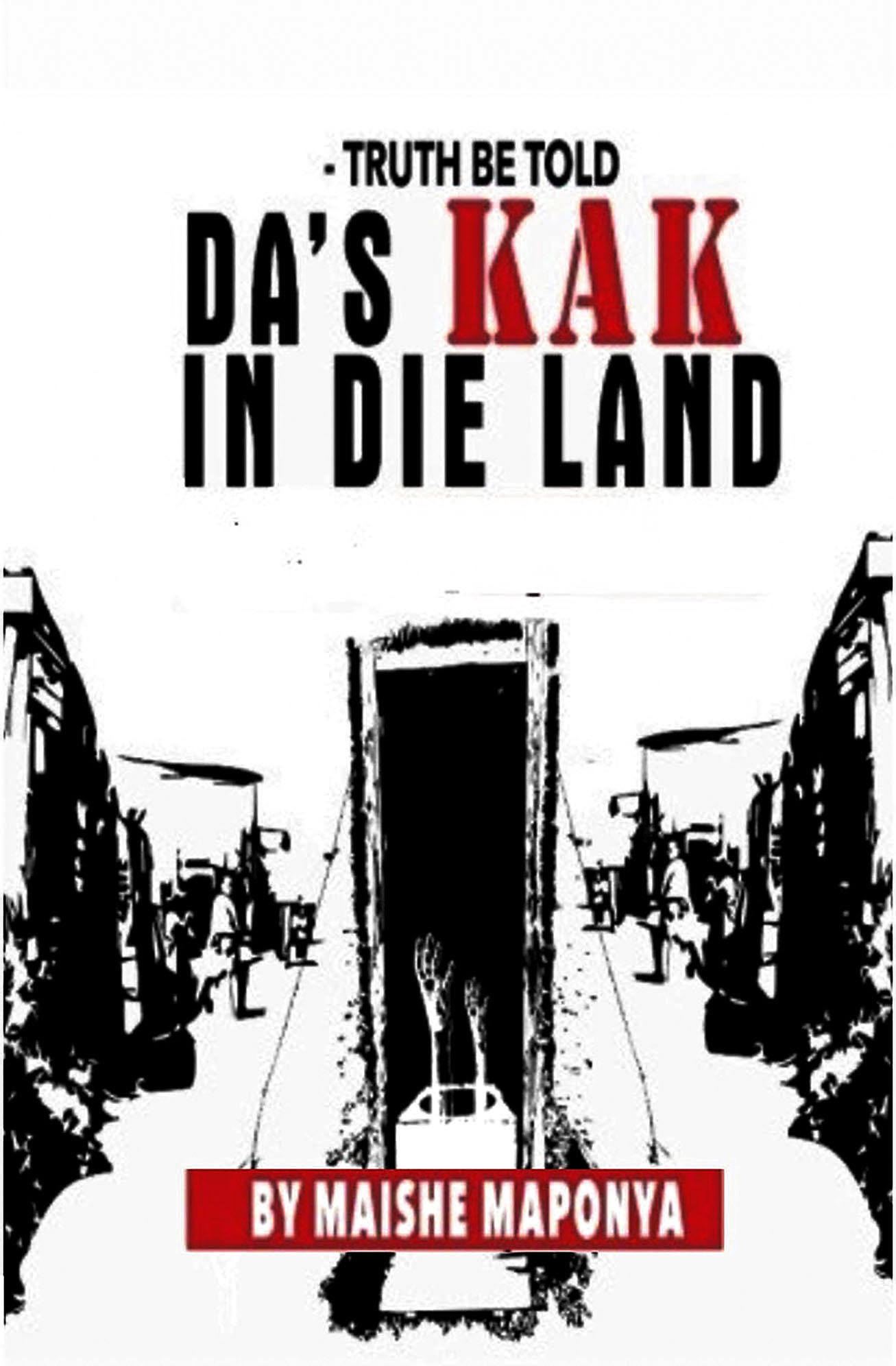 However, what it did mean was that that day in the auditorium of the Market Theatre, through jazz, poetry and dance, the mourners were able to call up the unadulterated spirit of South Africa.

People spoke in poetry. They recalled Maponya as “a truth-teller, in a time, in a place, that has no truth” and lamented that “our freedom, you cannot buy, but it’s easy to betray.” Complaining about the marginalisation of creative artists, ironically as much of a threat as they were under apartheid, one speaker complained “here we are again, wailing and wailing, as if wailing is our profession.” Storyteller Gcina Mhlophe spoke of her debt to Maponya, having started her acting career in the early 1980s as the lead in his play ​​Umongikazi: The Nurse.

It was powerful, moving and motivating — a testament to the depth, strength and endurance of our culture; a political commentary heard through oral poetry, drums; ancestral wisdoms combined with the voices of children, the smell of imphepho.

Recently, it struck me that if there was an Olympic Games event to test the diversity and vibrancy of national cultures, South Africa would be a winner of multiple gold medals — and Mthethwa would probably find a way to be there as Minister of Congratulations.

The same month that Maponya died, we witnessed this power again in the performances at the 2021 National Arts Festival. The shows went on despite underfunding, maladministration and corruption. It is evident in the reception being received by Gregory Maqoma and his Vuyani Dance Theatre as they dance to packed houses in Spain and France, whilst theatres are still closed in South Africa.

Art offers us a different language to that we hear every day from politicians. It is one still rooted in our humanity, in empathy and grief, in celebration and imagination, combining solidarity and singularity. But whatever its form or means of expression it inevitably loops back to politics and how we are governed. It disrupts and makes us re-think.

The power of what I witnessed and felt at Maponya’s memorial made me ponder a series of “ifs”.

What if, in the response to Covid-19, instead of giving extra funding to deploy the police and army, South Africa had chosen instead to fund its creative artists to take messages to communities across the length and breadth of South Africa about how to protect themselves from Covid-19 and sustain livelihoods.

What if, government had sought to tap into the personal protective power of solidarity, of our history, of dignity, of the resilience we know exists when a threat is properly communicated and understood.

What if, instead of paying R150-million to Digital Vibes, a fake company with no communications experience, it had given that money instead to genuine communications specialists who understand public health and behaviour, but work in the public interest; what if it had asked them to ally with artists and build social networks based on ideas about well-being and community health.

What if instead of a half a billion rand spent on ‘sanitising classrooms’ (and probably much more) it had ensured meals for hungry school children, protected early childhood development, and used the lockdowns to inculcate a love and awareness of our history and culture.

What if instead of not trusting poor people and demanding obedience and compliance at the barrel of a gun, it had built buy-in and social ownership around the shared challenges of Covid-19.

But our Ministries of Missed Opportunities did none of these things. In fact, they did the opposite.

As a result today it is the manufacturers of PPE and fogging machines who are sitting fat and pretty, whilst our artists are starving and theatres are dying. Nearly 500,000 people have been arrested for violating Covid-regulations but coercion didn’t stop Covid-19 from running wild in our communities, once again exacting its greatest toll on people who are poor.

And Nathi Mthethwa, the Minister of Marikana, serial enabler and survivor of state capture, has dodged the bullet in one more Cabinet reshuffle and is still playing fast and loose with the truth.

When Cyril Ramaphosa coined the idea of a new dawn, and commandeered words from Hugh Masakela’s song Thuma Mina, his speechwriters showed that they knew where the wellsprings of our national strength to rise against adversity were to be found. The ‘new dawn’ was meant to be an evocative, almost poetic image that conjures up hope. “Send me” was meant to rally sacrifice and public service. But instead, in the hands of politicians, it’s become a tired and hypocritical cliche.

If South Africa is really to rebuild after Covid-19 we need to fund the arts and build a culture economy that can help catalyse a new imagination, pride and dignity, a return to the ideals of black consciousness, and an awareness of the many strengths we already have within us, strengths that can’t be bought from consultants.

Learning from the life and work of Maishe Maponya would be a good place to start as we try to develop a compass of compassion.  DM/MC