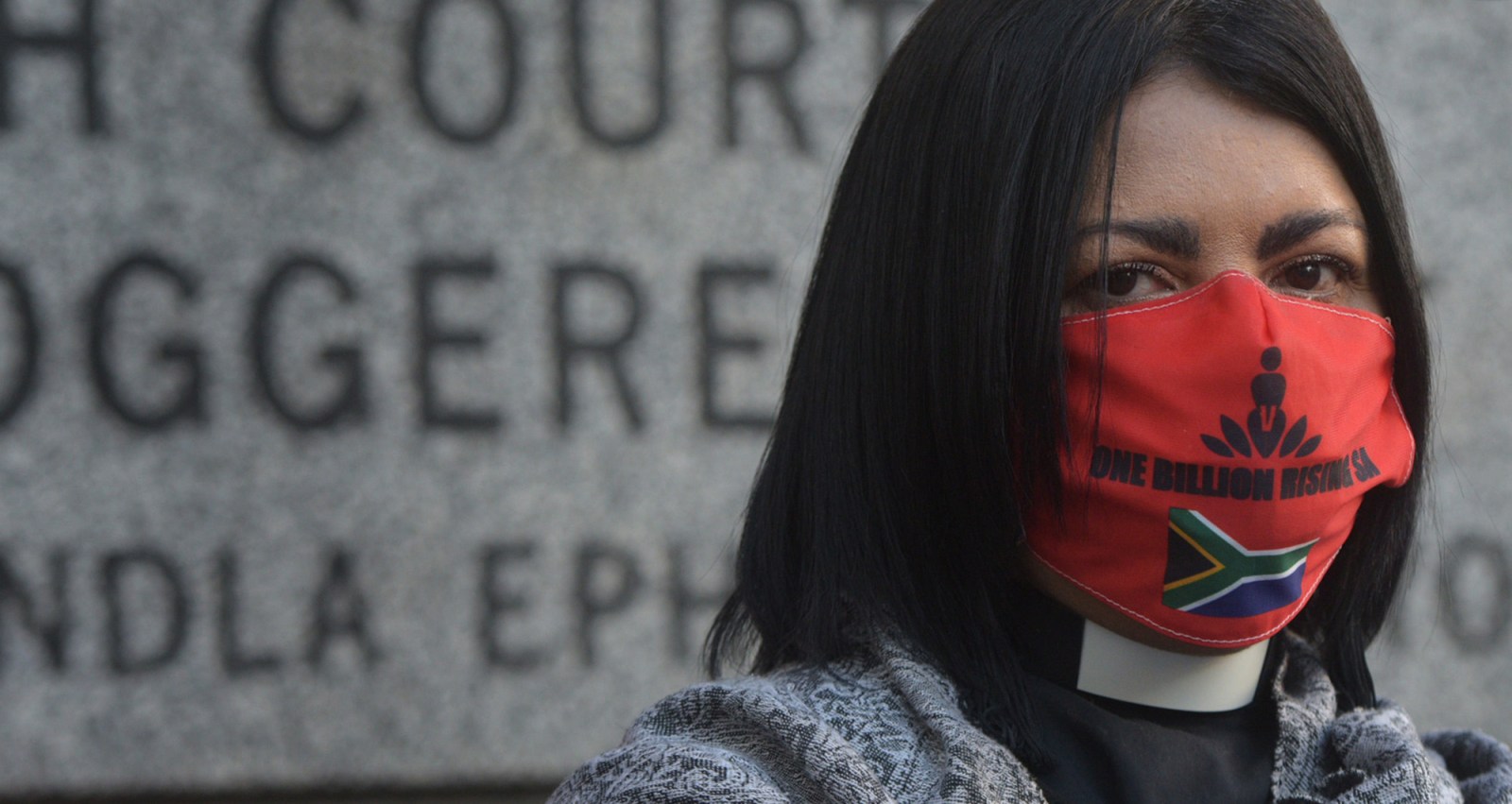 A year after the Rev June Major went on hunger strike demanding that the church look into her rape complaint, she is still trying to hold her alleged perpetrator accountable.

A year ago, the Rev June Major staged a hunger strike outside Archbishop Thabo Makgoba’s home in Bishopscourt, Cape Town. The reason for her hunger strike? She wanted the church to hold her alleged rapist accountable.

After six days of sleeping in a tent outside Makgoba’s home, Major agreed to end the hunger strike and go home. Makgoba had agreed to Major’s demands, which included an internal investigation into her rape complaint and other alleged victims of the perpetrator.

Now, a year later, on a rainy winter’s day, Major is clad in a black coat and black mask, outside the Western Cape High Court, waiting to hear from her attorney, Bradley Jones, whether the interim order granted to her alleged perpetrator has become a final order.

Major’s alleged rapist took her to court after she stood on the steps of St George’s Cathedral in March and publicly named him as the man who had raped her almost 20 years ago.

Her alleged perpetrator was granted an interim court order which prevents Major from naming him.

“That’s how we ended up where we are today because he then went to the court and called on his constitutional rights to say that I cannot say his name [because] he was not found guilty in a court of law. Then he took out what I call a gag order just to silence me,” said Major.

Major, who was visibly agitated, chatted to four women from One Billion Rising outside the court while she waited for her attorney to inform her on whether the matter would be postponed.

There’s a mix of defiance and uneasiness among Major and her supporters. Major was dead set that if the matter was postponed again, she was going to go live on Facebook and name him again.

“I was adamant that I’m going to go public and say his name again and be in contempt of a court order, I was really ready and upset. I came out very upset and snappy and I literally had to calm down, but it will be on Wednesday [4 August] because the judge was given the docket this morning and she needs to familiarise herself with it. [Next] Wednesday it will be done virtually and then on Thursday the tribunal starts,” said Major.

The tribunal that Major is talking about is the Anglican Church’s way of investigating what happened to her.

Eight months after Major’s hunger strike, the Anglican church released a statement in which it said: “The Board of Preliminary Enquiry (BPE) appointed by the Anglican Church of South Africa (ACSA) to investigate the alleged rape of the Reverend June Dolley-Major by [name redacted] has established there is a case to answer.”

The church started the public sessions in June, said Major.

But she does not think that the process prioritises survivors. “The tribunal is just not a safe space for me. I’m doing it because, as I said, I want to experience it so that other victims can actually see how it’s done and so far, if I was someone looking on the outside and I still wanted to report, I would not report it because it’s really not a safe space.

“They talk down on you; there was no one there to offer me counselling, but Latifa [Jacobs] was with me because I could bring someone with me. At some point, she placed her hands on my shoulders and said to me, ‘Calm down, calm down’, because it’s so triggering,” said Major.

Jacobs, a community activist who was there to support Major and has been with her through her ordeal, said the journey had been “frustrating and triggering”.

“How many other survivors would like to speak out, but they’re intimidated by church members and church boards? In every faith group, there are these cases, but there are whispers because people are fearful of what’s going to happen,” said Jacobs.

“Yes, she’s a reverend and she should forgive. But justice and forgiveness are two different things,” said Jacobs.

While Major waits for the tribunal to continue next week and to be back in court, she hopes that other survivors can draw strength from her persistence to have the church hold the alleged perpetrator accountable.

“This case is not just about June any more, it’s also about survivors who will come after this,” said Jacobs. DM