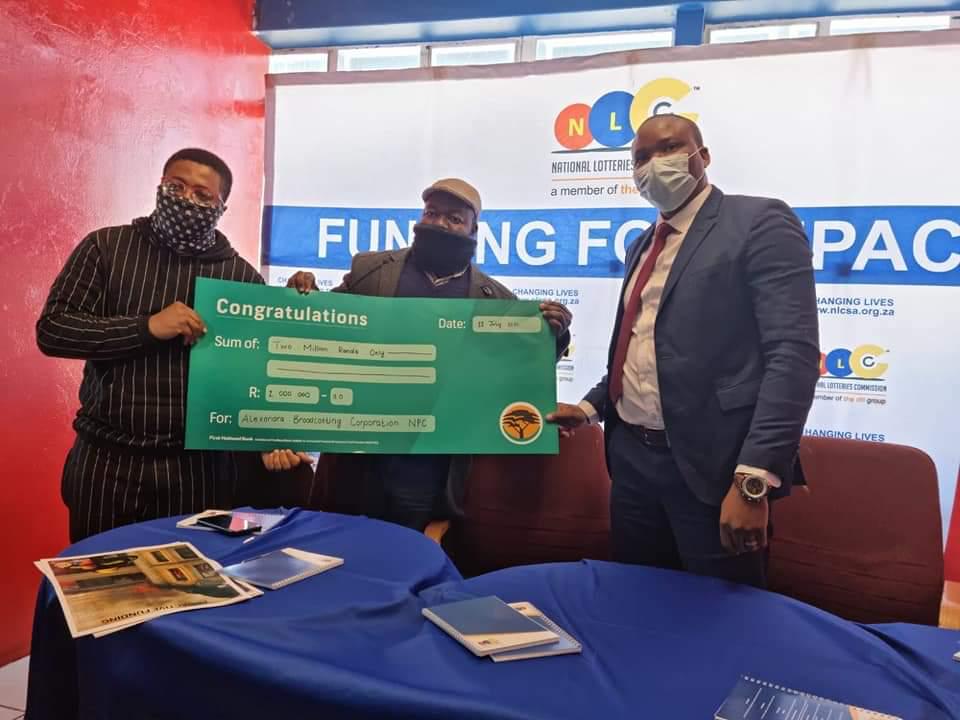 National Lotteries Commission’s (NLC) Chief Operating Officer, Phillemon Letwaba, who was placed on “a leave of absence” early in 2020, has returned to work.

Several of Letwaba’s colleagues have told GroundUp that his “leave of absence” was, in fact, a “cautionary suspension”.

This was done to ensure that he could not interfere with the SkX investigation, in which he is a key person of interest. But Letwaba returned to work about two weeks ago, even though the SkX’s investigation is yet to be completed.

NLC board member Advocate Willy Huma also returned to his board duties last week. Huma went on a leave of absence after GroundUp reported in March how R5-million was paid towards a house for him by an organisation that received an NLC grant.

By October 2020, Letwaba, whose monthly salary was R265,000 at the time of his ‘leave of absence”, had been paid R1.85-million while suspended. He would have been paid at least an additional R1.32-million by the time he returned to work (based on his salary without any annual increase).

NLC Commissioner Thabang Mampane told staff in a memo that Letwaba would be “on leave” from 10 February until 1 March 2020.

A year later, SkX which has so far been paid R9.658-million, has not yet completed its investigation, according to a June 2021 response by Commissioner Thabang Mampane to a written parliamentary question posed by DA MP Mat Cuthbert.

“The investigation was expected to be concluded by the end of May 2020,” Mampane said. “However, the due date fell within the period of the Level 5 hard lockdown. Thus due to Covid-19 restrictions, the inability to travel to conduct site visits and/or verification of infrastructure projects, the voluminous matters to be investigated and many other factors that led to a delay in the work of the audit firm gaining momentum the initial conclusion date was not met as anticipated,” she said.

Letwaba was previously also probed — and cleared of wrongdoing — by a seven-month-long investigation in 2019 into multimillion-rand funding to a hijacked nonprofit, Denzhe Primary Care by law firm Ndobela Lamola Inc. Justice Minister Ronald Lamola was one of two directors of the firm when two of three reports were handed to the NLC.

Earlier this week, GroundUp revealed that the reports, which the NLC has never made public, were shoddily done, superficial and riddled with forged documents.

Letwaba, an accountant and the NLC’s accounting officer, is also being investigated by the South African Institute for Chartered Accountants (Saica) after a complaint by Organisation Undoing Tax Abuse (Outa).

In the complaint, Stephanie Fick, head of the accountability division at Outa, lists several multi million-rand Lottery grants involving Letwaba, which she says breach Saica’s professional code of conduct and the Public Finance Management Act. This investigation is yet to be completed.

In July 2020, Outa also laid criminal complaints of racketeering and fraud against the NLC’s board in connection with several multi million-rand Lottery-funded projects. Both Letwaba and Pretoria lawyer Lesley Ramulifho were named in these complaints, which were lodged in terms of the Prevention and Combating of Corrupt Activities Act and the Proceeds of Crime Act.

Last week Letwaba represented the NLC at a ceremony in Johannesburg where he handed over a R2-million cheque to Alex FM to help the radio station get back on its feet after it was looted during the recent unrest.

On Friday, Letwaba shared an NLC post with details of an event on Monday where he was to represent the organisation at the handover of R3-million to four Soweto organisations.