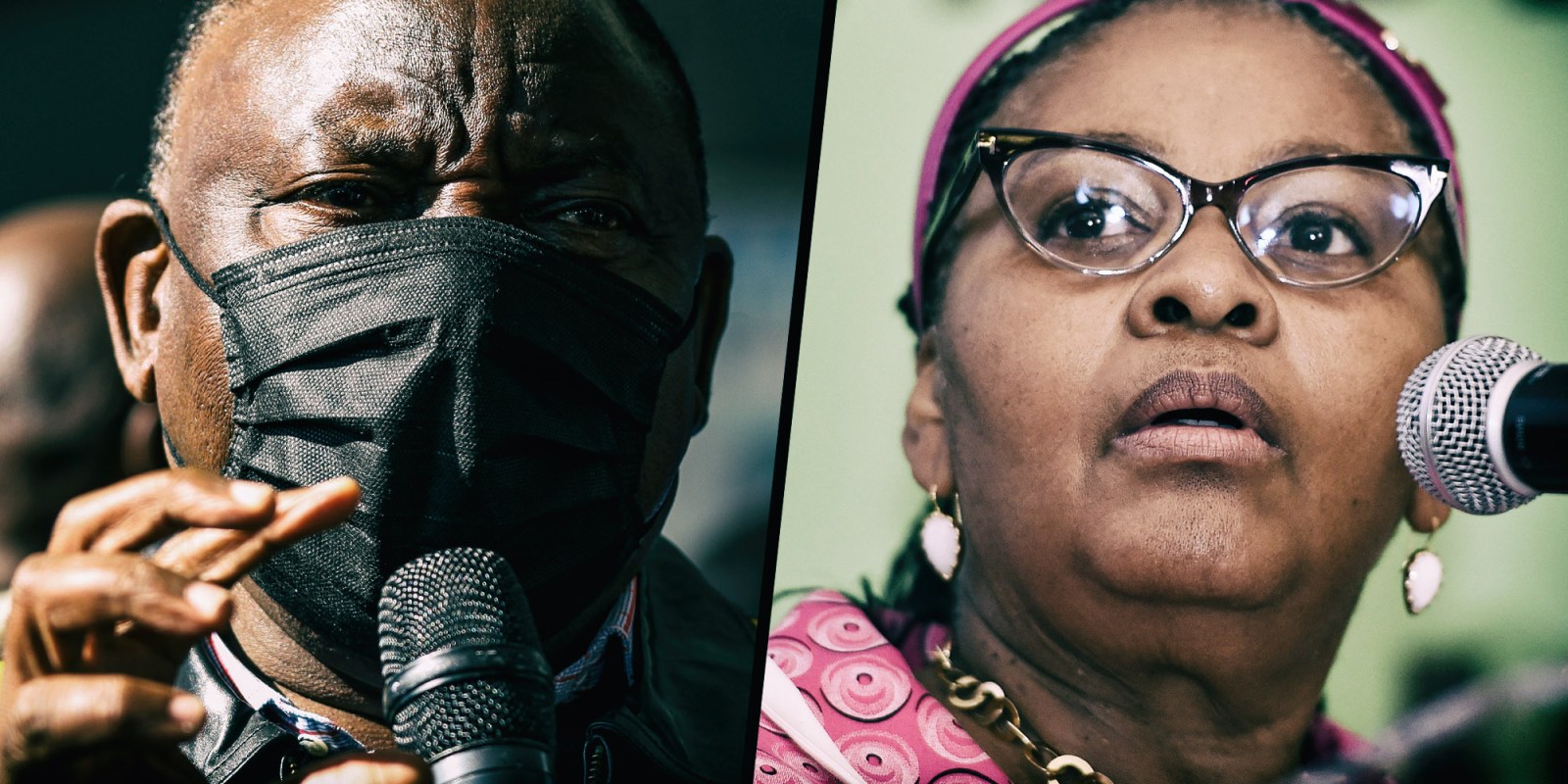 The next few months may see a debate or dispute over what exactly happened to start the looting and violence of last week. This could turn into a key argument because people will reveal their constituencies and agendas through their positions on the issue. The fact that we still lack proper details of what exactly happened, and how it happened, could well provide fertile ground for both supporters and critics of President Cyril Ramaphosa.

This has already been demonstrated in the contradiction between the president’s assertions that this was an attempted “insurrection” and the first statements by Defence Minister Nosiviwe Mapisa-Nqakula that this was not a coup. Already there are some signs that those who oppose Ramaphosa will deny that this is an insurrection, while it might be to his political advantage to claim that our democracy is under attack.

While much of the nation watched the violence and looting last week, glued in horror to TV screens, it is sometimes forgotten how little we still know about how it started. The government has said that five “instigators” have been arrested, but there is still little public information on what exactly happened. Who “started it”, what did they do, how did the violence spread from there? These are crucial questions.

But without knowing all of this, it will be impossible to say for certain what the actual aim of those who started it was.

While it appears to be generally accepted that the trigger event was the arrest of former president Jacob Zuma, that doesn’t tell us whether people simply wanted to weaken Ramaphosa, or take over the country, or simply express their anger, or believed that as they had lost the political fight the only weapon left was violence.

It is in this context that Ramaphosa first used the word “insurrection” on Friday night. In fact, he used it at least three times.

Then, on Sunday evening, in a parliamentary portfolio committee meeting, Mapisa-Nqakula contradicted him, saying the violence was not an insurrection, but rather “counter-revolutionary” looting.

That led to immediate speculation of a major difference in opinion between the president and a minister with a crucial portfolio, the woman politically in charge of the soldiers playing an important role on the ground.

By Monday, in response to a question, acting Minister in the Presidency Khumbudzo Nshavheni said that Mapisa-Nqakula’s view was “not supported by the facts”.

However, by Tuesday morning News 24 was reporting that Deputy Defence Minister Thabang Makwetla had said that the president’s word was final. He also pointed out, crucially, that he did not believe the generals would have told the president one version of events and then another to the minister.

Then, later on Tuesday, Mapisa-Nqakula herself said that she was not contradicting the president and had been making another point — what could be termed a typical political clarification. “The president has spoken; it was an attempted insurrection”, she said.

There is much to consider with all of this.

For a start, the fact that the president and the defence minister do not agree on something as crucial as this, and do not agree absolutely during a time of national crisis, may well point to the government’s lack of urgency in its response to a serious crisis. If the president and the defence minister disagree on what actually happened, they may well disagree on what to do about it.

While the president is constitutionally the Commander-in-Chief, and the generals take their orders from him, the disagreement with his point person can still stoke discord.

Mapisa-Nqakula has previously been disciplined by Ramaphosa, suffering the loss of her salary for three months, after she allowed senior ANC leaders to travel on a military plane to Zimbabwe. This was a clear breach of the line between party and state and in defiance of lockdown regulations.

But she is still a party elder, having been in Cabinet for more than 15 years. In that time, however, there have been few displays of competence. She also did not deny abusing government resources to smuggle the citizen of a foreign country from Burundi to South Africa during Jacob Zuma’s presidency.

She is a former secretary-general of the ANC Women’s League and appeared to support Thabo Mbeki in the run-up to the 2007 Polokwane Conference (when Mbeki resigned after his recall in 2008 she even refused to vote in favour of his resignation). She was the league’s secretary-general when it appeared to go against her wishes and said it would support Zuma despite his behaviour, as revealed during his rape trial the year before.

She also comes from a family of influence. Her husband Charles Nqakula is a former Cabinet minister himself, and now a security adviser to Ramaphosa. Her sister, Nosithembele Nontobeko Mapisa, was previously an official at the South African Embassy in Burundi.

This indicates her long history and deep connections in the party, which may make it difficult to take action against her.

That said, her deputy Makwetla’s reactions are almost unprecedented.

His public statements contradicting what she said may suggest that he is not afraid of her power. It is very rare for a deputy minister to contradict a minister and is generally seen as evidence of problems in a department (although it has happened — in 2017 the then deputy minister of mineral resources Godfrey Oliphant told 702’s Xolani Gwala that while he didn’t know about his department, he “was not captured”, in what was a clear rebuke of the then minister Mosebenzi Zwane. Similarly, Nozizwe Madlala-Routledge lost her job as deputy health minister after criticising Manto Tshabalala-Msimang).

Meanwhile, those who want to weaken Ramaphosa will try to use the defence minister’s statements to further their own aims.

On Tuesday, former leader of the ANC in Nelson Mandela Bay Andile Lungisa tried to explain his actions last week.

In a statement released on Twitter, Lungisa claimed that “The Coup lie is a threat to civil rights”. He claims, without evidence, that a police officer told him they were being pressured to make sure people believed the idea there had been an attempted coup, while this was not the case.

He may not be the last, both inside the ANC and outside it, to make this claim.

However, by saying this, Lungisa and others would be revealing their lack of support for Ramaphosa at a time when he appears to have much of the country on his side. This may mean this debate will only be heard in muted tones.

Additionally, reports from Gqeberha indicate that Lungisa first said he was going to instigate looting and then had to hide from taxi bosses in a police station before they paraded him through taxi ranks forcing him to publicly apologise for his actions.

He now faces criminal charges for breaking lockdown regulations during this parade.

All of this is a massive climbdown from the days when Zuma himself attended the regional ANC conference that saw Lungisa win the position of Nelson Mandela Bay ANC leader against the express wishes of the NEC.

Of course, perhaps the best outcome for the country would be for proper police work to reveal what exactly happened and how the violence was triggered. It is best to respond to facts, not to theories. This means that the work of the police and the criminal justice system will be vital over the next few days.

What they uncover may well have political repercussions that will spark more debate. In the meantime, Mapisa-Nqakula’s job security will be indicative of where and how fast things are moving in the ANC. Stay tuned, this post-looting drama is far from reaching its climax. DM