Business, labour and communities accuse government of dragging its feet on income relief after looting 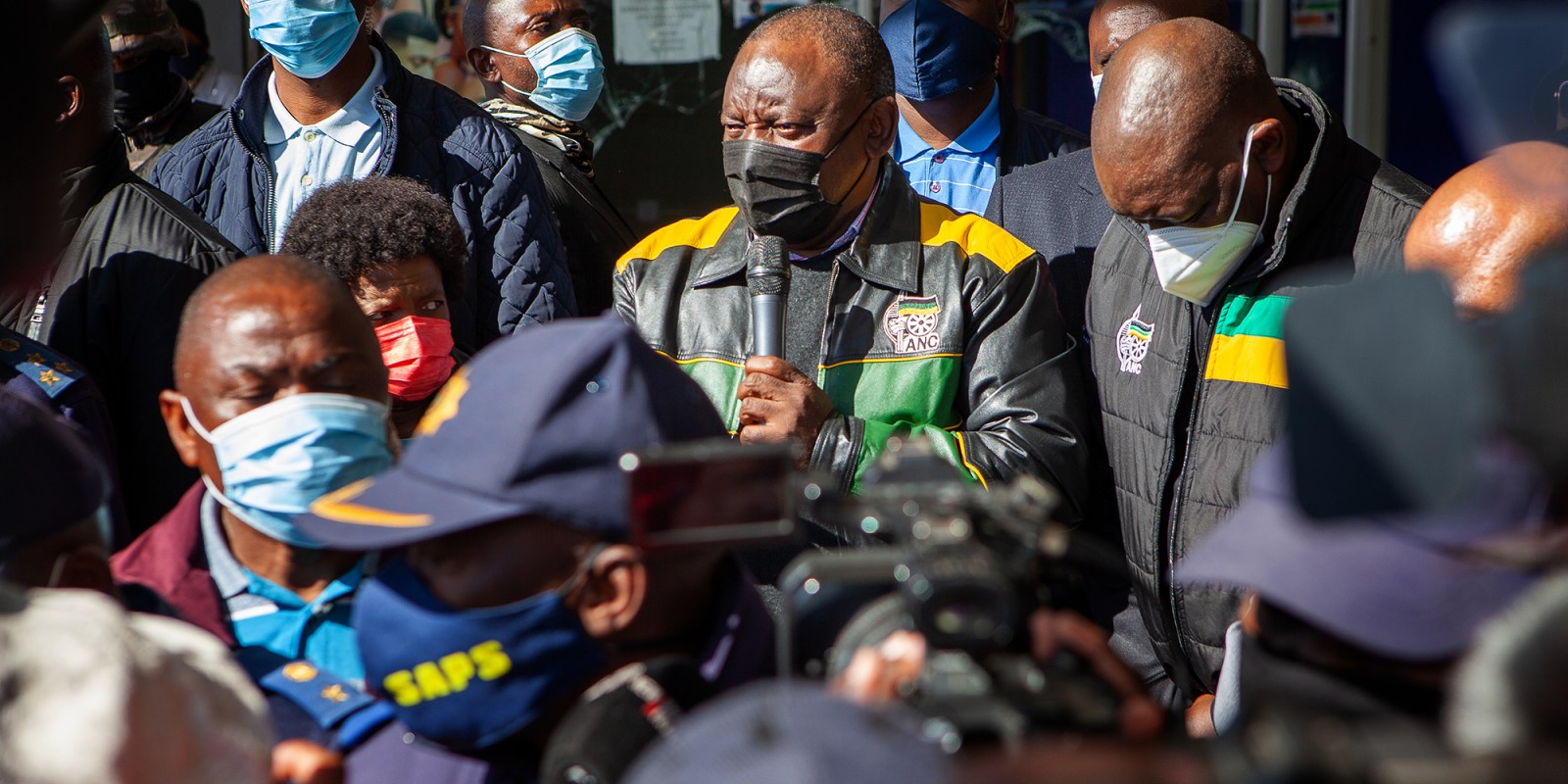 Stakeholders at Nedlac have accused the government of dragging its feet on implementing income-relief measures for businesses that have had their operations looted and damaged, and individuals who are temporarily or permanently jobless as a result.

A week after rampant looting and street violence, which has the potential to undermine SA’s economic recovery, dent investor confidence and worsen the already worrying unemployment crisis, the government is yet to mount any income-relief measures for affected businesses and households.

The government was handed a detailed set of income-relief proposals by its business, labour and community partners on Monday at the National Economic Development and Labour Council (Nedlac) — the implementation of which is yet to come to fruition. The partners have met at least three times at Nedlac since last week’s events of anarchy, which President Cyril Ramaphosa has described as an “insurrection” that had “failed”.

Labour stakeholders at Nedlac have accused the government of dragging its feet on implementing income-relief measures for businesses that had their operations looted and damaged, and individuals who are temporarily or permanently jobless as a result.

“We don’t have the luxury of time. But the government is moving slow on implementing some of the relief measures,” Matthew Parks, the parliamentary coordinator for Cosatu, told Business Maverick after the Nedlac meeting on Monday.

The Nedlac partners want Rampahosa’s Cabinet to approve income-relief measures by the end of the week, which would pave the way for their implementation.

The government, through its representatives, has told Nedlac stakeholders that it is still auditing the full extent and cost of damages to businesses in Gauteng and KwaZulu-Natal — especially small businesses — and affected households. This auditing exercise, once completed, will enable the government to target its relief measures to where they are needed the most.

But the South African Property Owners’ Association (Sapoa), an organisation that represents owners of commercial property including listed and unlisted companies and private individuals, has already counted the preliminary costs of the unrest in Gauteng and KwaZulu-Natal. According to Sapoa, 200 shopping malls have been looted and damaged, approximately 3,000 stores have been looted, 1,400 ATMs have been damaged, and 113 communications infrastructure elements (including cellular network towers) have been damaged. In KwaZulu-Natal alone, 40,000 formal businesses have been affected, putting 150,000 jobs at risk.

Acting Minister in the Presidency Khumbudzo Ntshavheni said during a briefing with journalists on Monday that the government is still working on a “consolidated package”, which includes cash flow assistance for affected small businesses and households.

The government also told Nedlac stakeholders that it is doing a number-crunching exercise, which will include assessing whether the fiscus (or the SA taxpayer) can afford to fund income-relief measures.

Some of the income-relief measures proposed by business, labour, and community partners are similar to those implemented by the government after SA went into a hard lockdown in March 2020. These include:

New income-relief measures proposed by the Nedlac stakeholders include food parcels for affected communities that don’t have money or amenities to buy household goods; allowing workers to dip into their pension savings if they have lost their job or income stream; a payment holiday for municipal rates and taxes; and the Treasury topping up the budget for Ramaphosa’s public employment programme by R22-billion (the current budget is R11-billion) in a bid to create at least two million jobs.

Stakeholders at Nedlac have argued that the Treasury can afford to implement additional income-relief measures as it is going to end the 2021/22 fiscal year with a windfall of about R100-billion, thanks to the recent commodities price boom. Put differently, Treasury will have more money for the economy than it initially projected. DM/BM