CLOSE ENCOUNTERS OF THE MESSIANIC KIND 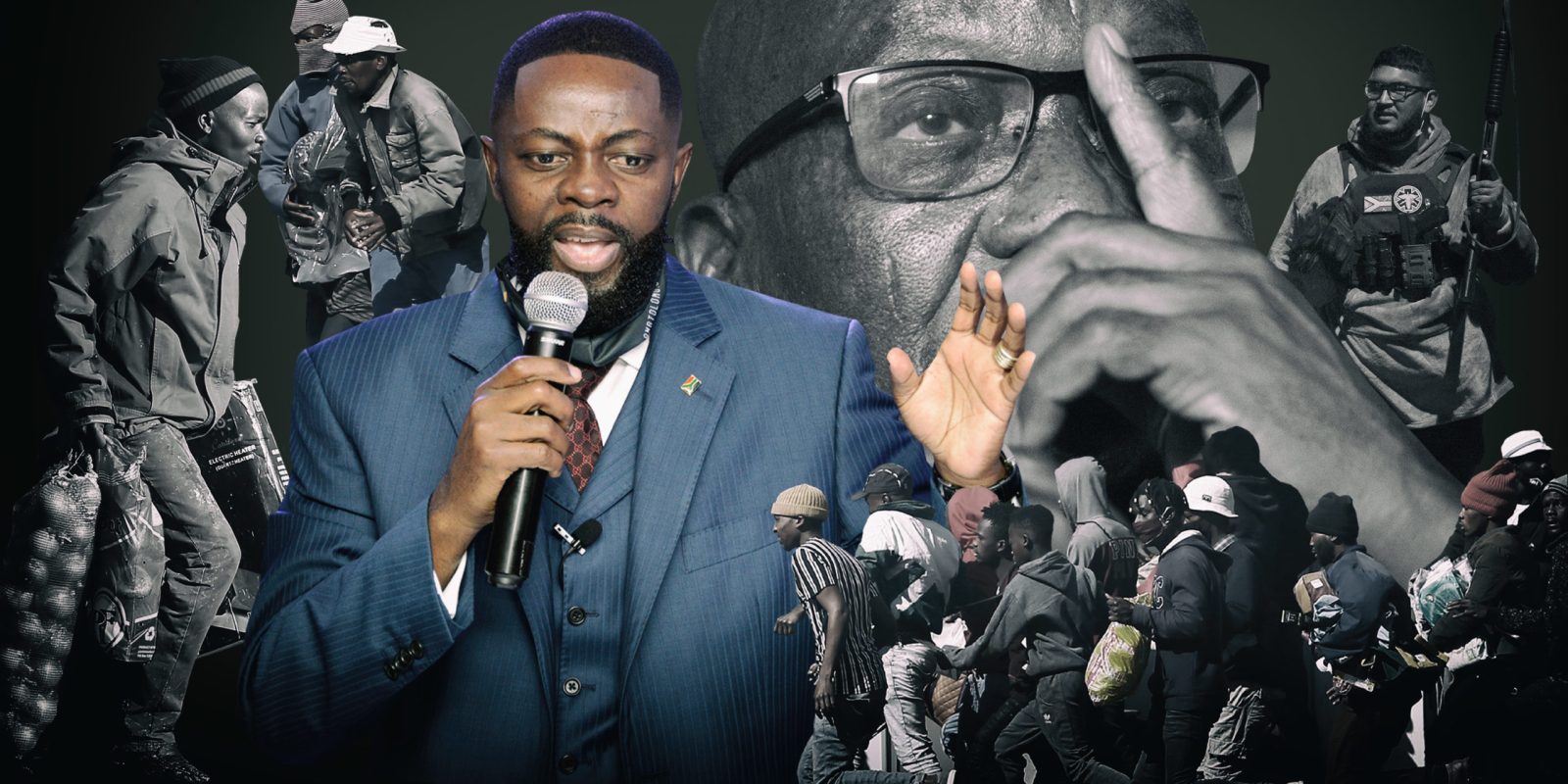 Thus spake Thulani Dlomo in an almost hour-long December 2020 interview with Rudi Page, founder of ONELINK, “a source for global knowledge”, on the publication of Dlomo’s book, The Encounter [not available at most bookstores near you, nor online unless you get it straight from the oracle].

The death toll in a week of violence, mayhem and looting in South Africa since Zuma was cauterised behind bars in Escourt has now reached more than 70. The economic cost? Who knows. The political cost? Still to be tallied in votes sometime in the future at a voting booth near you.

Dlomo was invited to punt his book on Page’s show and spoke as if he were addressing multitudes from a mount.

At some point, he referred to “the many millions who will receive the message”, thanks to Page’s online superspreading. At the time of writing, 15 July 2021, Page’s YouTube post of the interview had clocked 55 hits.

The ambassador spoke animatedly about “the crisis we are facing which points to the end of days.

“It is my desire to get to grips with and understand and not undermine or underestimate the author, but to understand the message.”

Dlomo, the man named by the high-level panel review into the State Security Agency as a rogue agent serving the private and economic interests of former president Jacob Zuma and his elite cronies, claims to “hear the voice of God”.

“It is an amazing experience,” he confessed.

In January, the Zondo Commission heard explosive evidence from witness “Ms K” and others that from at least 2008, Dlomo had floated the idea of an exclusive presidential security support service dedicated solely to intelligence collection “to protect President Jacob Zuma when he came to power”.

Dlomo, who blipped off the radar for some time when no one was sure whether he still worked for the SSA, resurfaced after testimony to the commission, vowing to challenge it. So far, not a peep.

Shortly after taking his oath of office, Zuma signed a proclamation that bypassed Parliament and collapsed five of South Africa’s agencies into the State Security Agency (SSA).

The door was thus kicked open for the creation of an unlawful, parallel, secret security state, funded by public money — much of which remains unaccounted for — and which served Zuma’s personal and political interests for more than a decade.

The abuse occurred uninterrupted during the tenure of three ministers of state security — Siyabonga Cwele, David Mahlobo and Bongani Bongo, and was implemented by Maruti Nosi, Arthur Fraser and Thulani Dlomo.

Dlomo has now been fingered by State Security Minister Ayanda Dlodlo as among those under investigation as possible masterminds behind this week’s attempt to render KwaZulu-Natal and parts of the country ungovernable.

Introducing himself to “the viewers” in 2020, Dlomo double-spun and rinsed his biography, saying: “I grew up in the townships of Durban during difficult times. I had direct experience of brutal apartheid laws which forced me to join the struggle, and later in my life I was the head of counterintelligence in the new dispensation, then ambassador to Japan 2017 and I was recalled in 2019.

“I am now the author of The Encounter, launched in October this year. All possible because of the guidance I receive from God, that is the reason I am grateful.”

Dlomo claimed to now be an “ambassador for God”.

The former ambassador to Japan said he had written the book including quotes from scripture, the “rich history and heritage of the African people”,  and “a number of concepts politically and economically”.

We never did quite get to hear what these were.

The reason he was alive today [and presumably also the reason he has managed to evade arrest or questioning, we assume], was because he had “a connection with the force which is your creator… That is the secret I can share”.

Page remarked that the book was “quite detailed, diary-like”, to which Dlomo responded that he wrote the book because “I refuse to bury my talent”.

“When I leave this earth to meet with my creator, I must be empty… there must be nothing in me. I must give everything.”

He avoided being “selfish” by emptying the contents of his head into the pages and did so also to acknowledge “my friends, my colleagues, my comrades, my family and all the agents god used”.

Speaking of agents, the Zondo Commission heard that many of Dlomo’s specially recruited off-the-books agents were still operative. Whether they will now be exposed, cut off from funding and brought to book is anyone’s guess.

Page tapered off the interview by asking Dlomo what the number one lesson he had learned about himself was to those “who would be inspired to lead in future”.

To which Dlomo replied that the book not only emanated from his own experience, interests and desires, “but has the element of the breath of god”.

It was the youth who would most benefit from his prophecies and wisdom, he said.

Of his own life, he wrote “you can move from being an excellency to a nobody but because of humility you will come out an author of a book that you never thought you would write”.

Dlomo urged those listening to “value the lowest point, take note, blame no one, for that is the best moment of your life”. DM