Heirs and disgraces: Duduzane Zuma uses the backdrop of anarchy to drive his campaign for the presidency 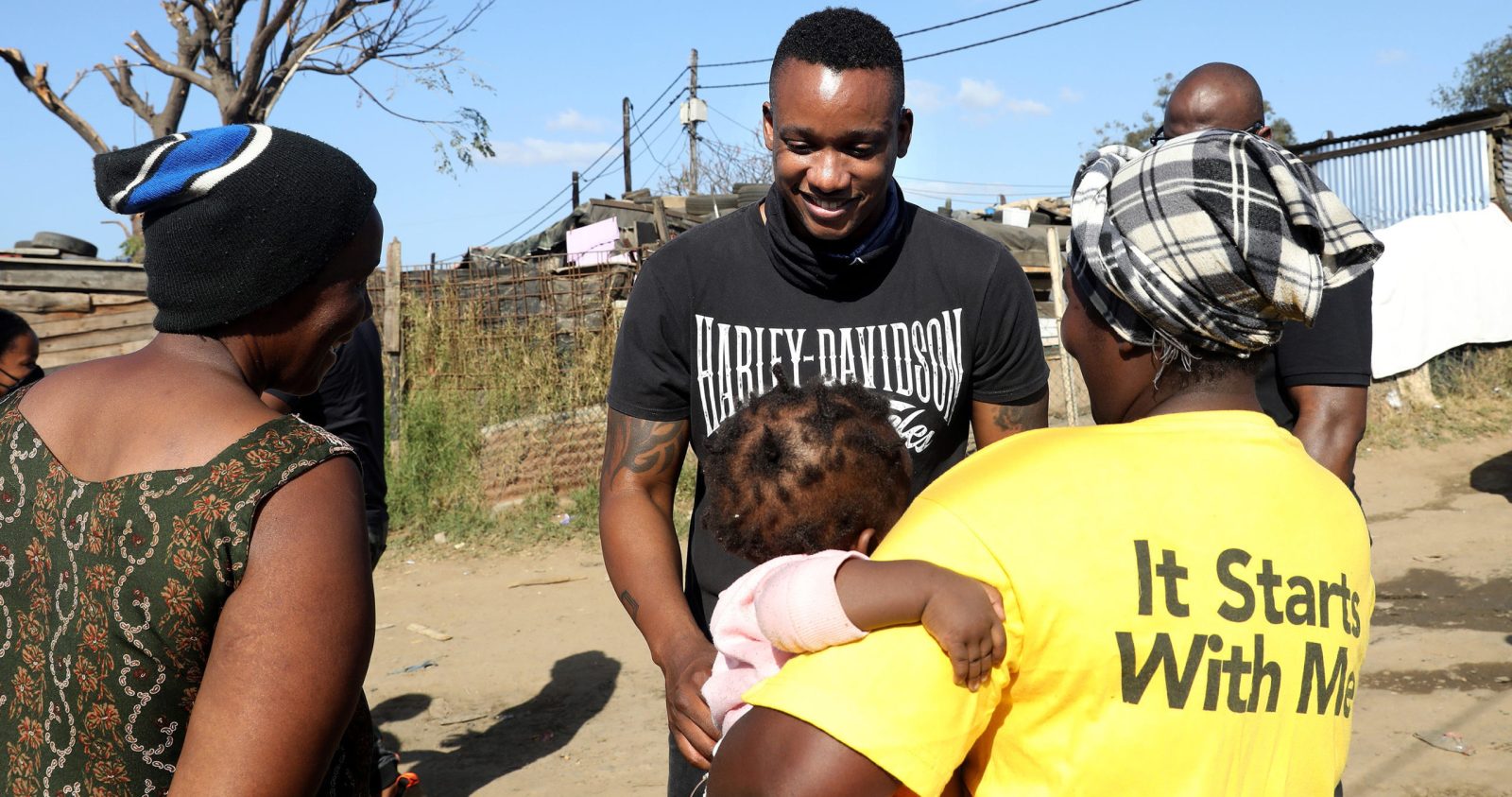 Sources in ANC KZN say the young Zuma who wants to be president is smoking his socks, but the oligarch is a shareholder of the Gupta billions.

With 45 people dead in a spree of looting and violence in KwaZulu-Natal and Gauteng, Duduzane Zuma has used the backdrop to drive his campaign to become president. On Tuesday, after a week when he and his twin sister, Duduzile Sambudla-Zuma, fanned the flames to ignite violence after the arrest of their father, former president Jacob Zuma, the prisoner’s favourite son has now turned peacekeeper.

In an Instagram video, Duduzane Zuma said, “I am about peace, I am about unity,” as he opined on the “protests” which started as a response to Zuma’s jailing but which have now spiralled out of control. He blamed the looting spree that has disabled KwaZulu-Natal and Gauteng on the lockdown and his father’s arrest.

“We are one massacre away from a complete breakdown,” the telegenic young politician says in an 11-minute made-for-Instagram video.

This is a far cry from the mayhem he has urged for almost a fortnight now as he and Sambudla-Zuma became the digital war-criers for the “protests”, which first resulted in trucks being burnt on the N3, the country’s economic arterial road, which was shut for days as authorities struggled to bring it under control. He uses social media to campaign under the social media campaign name of @duduzane_fp, where the ‘fp’ means ‘for president’, with a clearly millennial target audience.

In an earlier TikTok drop, he defined his campaign as “reset, redistribute, rebuild”. He has aligned with the Radical Economic Transformation faction of the ANC, which is building a campaign to try to unseat President Cyril Ramaphosa when (or if) the party holds an elective conference in 2022. It’s not clear if this faction supports his bid.

While his sister is regarded as the orchestra conductor of incitement, Duduzane Zuma also wore battle gear at Nkandla ahead of his father’s arrest and played a key role in the resistance at the homestead ahead of the former president’s jailing a week ago.

He has shifted gears from militant firebrand to peacemaker and solution-seeker because the national mood has turned against the looting. As people see visuals of crying workers turning up at the carcasses of the shops they worked in, even the sympathy vote that the Zumas relied on in KwaZulu-Natal is fast evaporating.

The spree of arson, looting and violence has taken South Africa to the brink.

Ramaphosa warned on Monday that South Africa now faced food and other essential goods shortages as key infrastructure was taken out in the unprecedented anarchy that has gripped the country. In KwaZulu-Natal and Gauteng the looting has proven almost unstoppable even after the army was deployed and the boots hit the ground on Tuesday. Early tallies suggest the damage could run into billions of rands.

Duduzane Zuma is planning for a run as South Africa’s president in 2024 when the country holds its next election, and he kicked off his campaign with food parcel drops in June. Yet, in his latest Instagram video, he says, “Handing out food parcels is a temporary solution”, as he advocates for free education and communal kitchens. It’s a 360-degree turn for the young man who until recently was living the high life in Dubai, sailing in yachts, and sharing in the State Capture bounty.

He is a shareholder in all the Gupta family’s businesses, so has probably got fat profits from the R16-billion (and counting) that the Commission of Inquiry into State Capture’s money-flows analyst Paul Holden has calculated flowed to the family. That money could be used to fund his campaign, which he plans to run on an ANC ticket.

Images show Duduzane Zuma addressing ANC branch meetings in eThekwini, KwaZulu-Natal. The province is the most populous for the ANC and delivers the highest number of votes at conferences where the party elects its presidents. To get to a conference, the young Zuma needs to chair a branch. He can try to buy his way in, but a source, who spoke to Daily Maverick on condition of anonymity, said he has a less than zero chance of winning a party nod for party president.

“He has no support,” said the ANC official, adding that Duduzane Zuma had revealed his political naivety by running in a region that is the stronghold of Zandile Gumede, the eThekwini former mayor who is mounting fierce opposition to the incumbent ANC leadership. Duduzane Zuma is not even on her slate of candidates for the regional conference, which has been repeatedly postponed because of Covid-19 considerations.

Duduzane Zuma had another super spreader rally in KZN yesterday. Campaigning for the ANC, but no ANC leadership in KZN is aware of his multiple rallies across the length and breath of KZN. He also has another packed week of campaigning ahead for the “ANC” pic.twitter.com/G2o6foo55P

The looting is proving difficult to bring under control, but the initial protests and truck burnings were politically planned to begin to force an insurrection and realignment of politics in the ANC. The plan has proven messy and Duduzane Zuma’s chameleon-like performances on Instagram tell the story of how the moment may have got away from its instigators. DM