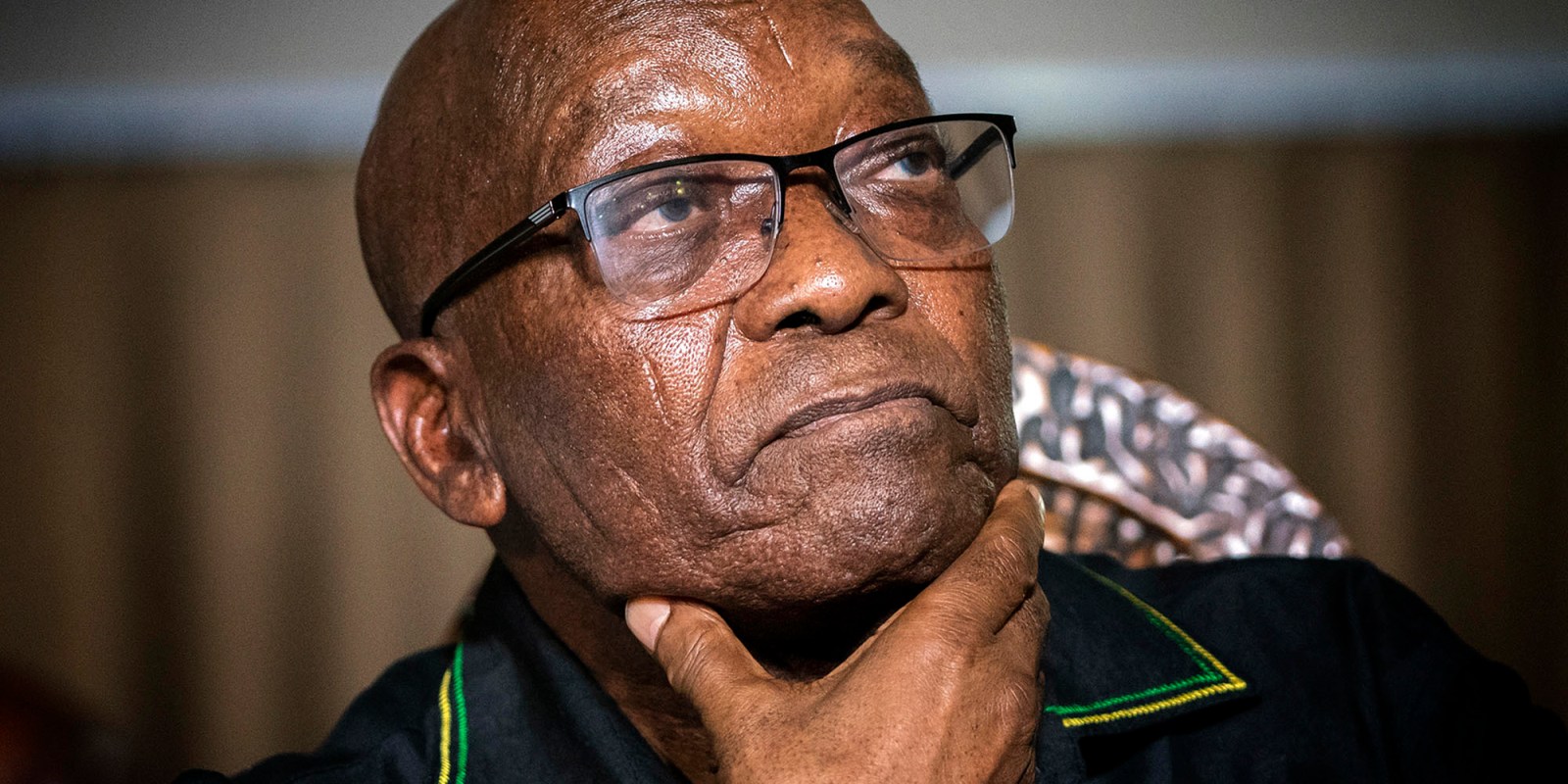 Over the weekend incidents of violence, involving attacks on trucks on highways occurred in several parts of KwaZulu-Natal, while in some parts of Gauteng angry crowds appeared to attack police officers. These claimed they are part of a massive violent reaction to the arrest and incarceration of former President Jacob Zuma. While this can give the impression of a country ablaze with anger, this is not necessarily the case.

Also, this use of violence to achieve a purported political aim, the release of Zuma, may well be counterproductive. They create a situation in which the government, and President Cyril Ramaphosa, cannot be seen to be giving a pardon to someone simply because of the violence of their followers. And there are also important questions around whether this violence is sustainable in the longer term.

While there were several different places where violence occurred in KZN from Friday morning, it appears the main targets were transport routes, and trucks. Several were burnt, while for a time the N3 highway, the crucial link between Gauteng and KZN, was blocked at the Mooi River toll plaza.

There were also some reports of at least one highway blocked for a time in Joburg, as Metro Police there asked motorists to avoid one section of the M2 in the city. And police said that a crowd of 800 people were involved in looting in one part of the province. Then, police said that shops were looted in Alexandra, and there were reports of people gathering in areas around Germiston. Transport services such as the Rea Vaya bus service and the Gautrain were interrupted. The Gautrain Park station was closed.

Of course, the obvious question is whether there is verifiable proof that this violence is linked to Zuma’s arrest.

Certainly the KZN provincial government and its Premier Sihle Zikalala believe that it is. Zikalala even went as far as to suggest that President Cyril Ramaphosa should give Zuma a presidential pardon to help bring peace to the province. Zikalala is in a very difficult position; he has a long history with Zuma but over time appeared to be moving towards Ramaphosa. And as the Premier he may feel he has a duty to suggest anything to bring peace.

President Cyril Ramaphosa also clearly believes that this violence is linked to Zuma; he urged people there not to undermine the rule of law. The ANC itself has called for calm.

All of this, including comments and placards made by the protesters themselves, surely indicates this violence is a reaction to the events of last week.

Violence has been a political tool, and a language, in South Africa for decades. The Apartheid government used violence, people with different aims in KZN used violence, even after democracy. And strikes have been violent for years.

Even internal party processes have led to violence in the past.

In 2011, when the ANC’s disciplinary hearing into then ANC Youth League leader Julius Malema started, a crowd aligned with the then young leader trashed the Joburg CBD. Then ANC secretary-general Gwede Mantashe remarked at the time how easy it was to get a crowd of people together in that particular place on any given day.

At the same time, some of the places where this violence has happened over the weekend of 10-11 July have been affected by this kind of violence before. There have been xenophobic attacks on trucks on the N3 near Mooi River. These have been seen as attacks by people in that area against foreign truck drivers. Incidents of looting, particularly against foreign-owned shops are common. In other words, this is a repeat of violence which has occurred before, for reasons other than people demonstrating support for Zuma.

It is probably no coincidence that this has happened again now. If a group of people have used violence before for their own ends, it may be relatively easy to encourage them to use it again, and suggest that it is in their interests to do so.

At the same time, the key question is where and how often this violence occurs.

For someone affected by this violence, a truck driver or a shop owner, being involved in just one incident can be a life-defining, and life-threatening, experience.

At first, it appeared that this was limited to KZN, the province where Zuma has always had strong support. But suggestions it is moving to Gauteng may be more worrying for authorities. Of course, if it moves to other places, that would be a sign for alarm.

But it is not certain that this violence can achieve what is the stated aim of those protesting – or anything, for that matter.

Ramaphosa simply cannot now be seen to “give in” to their demands and issue a presidential pardon for Zuma. To do so would weaken the rule of law, the judiciary and his own Presidency. It could even weaken the ANC’s hold on government, as more people would then be encouraged to use violence for their own ends, and expect to go unpunished.

One of the key elements of the ANC’s own identity is that it is the party in government. This violence can be seen as an attack on that government. It may have no choice but to come down hard on this violence, to expel any members seen to be supporting it, and to use the power of the state to crack down hard.

One of the complications in assessing the importance of these incidents is that there are people who want to claim the country is ablaze over Zuma, and others who want to downplay it at any cost.

Zuma’s supporters may wish people to believe that they are capable of burning the country to the ground, and that the only way to prevent that happening is his release. Others may want to claim that this violence is linked to their cause. Or they may simply make up “facts”.

The Twitter account of Zuma’s daughter, Duduzile Zuma-Sambudla, has tweeted images of violence claiming they are of protests backing her father, when Africa Check says they are from previous acts of violence. This is a demonstration of how difficult it is to assess the real impact.

This leads to the problem where Zuma’s supporters have to claim both that the violence is in support of Zuma, and that they are not responsible for it.

Also, it is incredibly unlikely that Zuma himself will denounce this violence. In his last public statements, on Sunday 4 July, he made it clear that he does not believe he has any responsibility for his supporters.

And that in turn means he could be losing control of the situation.

In the meantime, the next problem for those who want to continue this violence is whether they have the organisation and lasting power for it. Up until this point, there has been no evidence of widespread organisation of groups supporting Zuma. The MKMVA, perhaps the last “organised” body defending him, is now being disbanded. Its members will have to choose between being in the ANC and showing their support for Zuma.

While of course it is possible to coordinate acts of violence relatively easily without any official organisation, there are still limits to how long this can be sustained. Particularly if people are risking their lives to petrol bomb trucks with no visible benefit for them.

The key questions then become does the violence spread, and for how long can it be sustained? It is not easy to keep people on the streets without proper organisation and resources.

But even if the violence is sustained it is unlikely to achieve its stated aim. Rather, it will weaken Zuma’s ANC standing even further, and make his chances of a pardon, or reintroduction into some kind of political power, even more remote. DM