Transitional trifecta: In one week, the law catches up with Zuma, Magashule and Niehaus, clearing the path to state reform 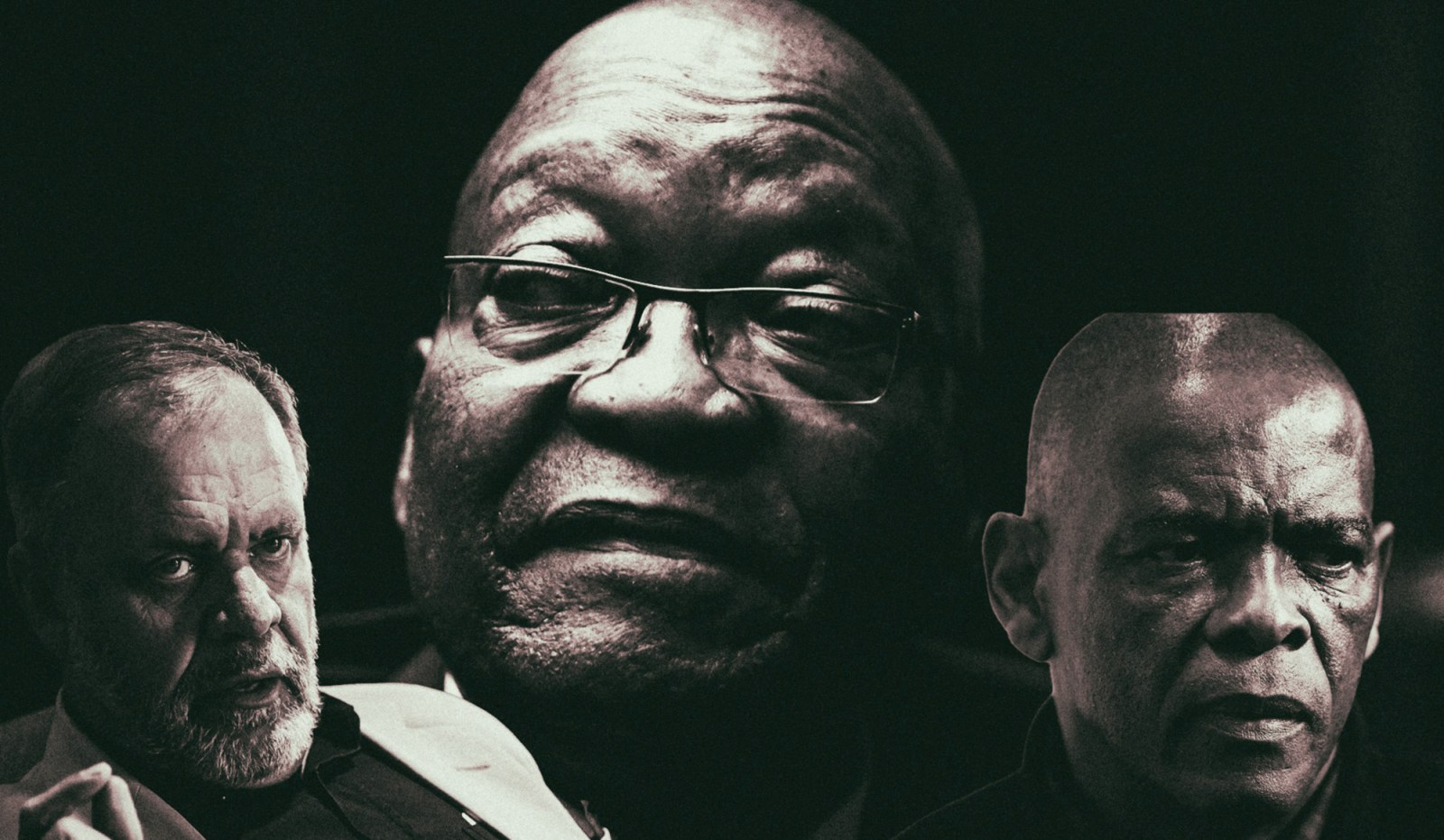 The three leading figures who stood against the national anti-corruption drive have faced the might of the law in an unprecedented week for the good of the country. But agents provocateurs are stoking protests against Zuma’s jailing in KwaZulu-Natal.

In a momentous week, the law has caught up with the three leading political figures who have stood against the national anti-corruption drive, both symbolically and politically.

Former president Jacob Zuma is in jail for contempt of court; suspended ANC secretary-general Ace Magashule decisively lost his bid for reinstatement in the Johannesburg High Court; and the chief organiser of the so-called RET faction of the ANC, Carl Niehaus, is without an organisational home as the MKMVA has been disbanded and his membership of the ANC suspended.  In addition, he was arrested and is out on bail after trying to organise a protest gathering outside the Estcourt prison on 8 July.

The removal of the three from their positions of power through legal processes clears the path for an accelerated state reform drive by President Cyril Ramaphosa, who must take the baton and run. The final report of the Commission of Inquiry into State Capture is due at the end of September, and criminal prosecutions for corruption can then gather steam.

Already, the National Prosecuting Authority (NPA) is moving in on the  Gupta family network at the heart of state capture — the case against businessman Iqbal Sharma is the key example. Magashule is also back in court on corruption charges in August, while Zuma’s arms deal corruption trial continues in the Pietermaritzburg High Court later in July.

On Friday, 9 July, at the High Court in Pietermaritzburg, Judge Jerome Mnguni dismissed Zuma’s application to stay his warrant of arrest and committal — Zuma stays in jail with another Constitutional Court date on Monday, 12 July.

“What, in my view, this application seeks to achieve is to entangle this court in judicial adventurism (which has been strongly deprecated in constitutional democracies) and to make whimsical orders which have the effect of granting unlawful and unwarranted relief,” said Judge Mnguni, who was having none of it.

The day before, Niehaus’s political adventurism was also nipped in the bud.  He was arrested outside the Estcourt prison and then released on bail. By Friday, 9 July, he was confined to his Twitter account, where he accused judges of “judicial dictatorship” as he heard both the court applications of Zuma and Magashule dismissed with costs. No one paid him much heed.

With the RET Big Three all on the defensive, the road has been cleared for mass reform of the state. On his election with a reed-slim 179 vote majority as ANC President in 2017, Ramaphosa told his supporters that all they had won was a “beachhead” — a narrow position in a battle to continue fighting.  This week, that beachhead widened his space for reform both of the ANC and the state.

What is the possibility of insurrection?

In KwaZulu-Natal on Friday, supporters of Zuma started protests to try to shut down the province. It trended as #KZNShutDown on social media with the digital flames fanned by Zuma’s children, Duduzane Zuma, and Duduzile Sambudla-Zuma.  Roads were blocked, and 13 protesters arrested in Empangeni, Durban, News24 reported after they hijacked trucks and forced drivers to block roads. At the time of writing, the protests appeared sporadic and were being met with offensive police action. DM