Zuma to remain behind bars as stay of arrest bid dismis... 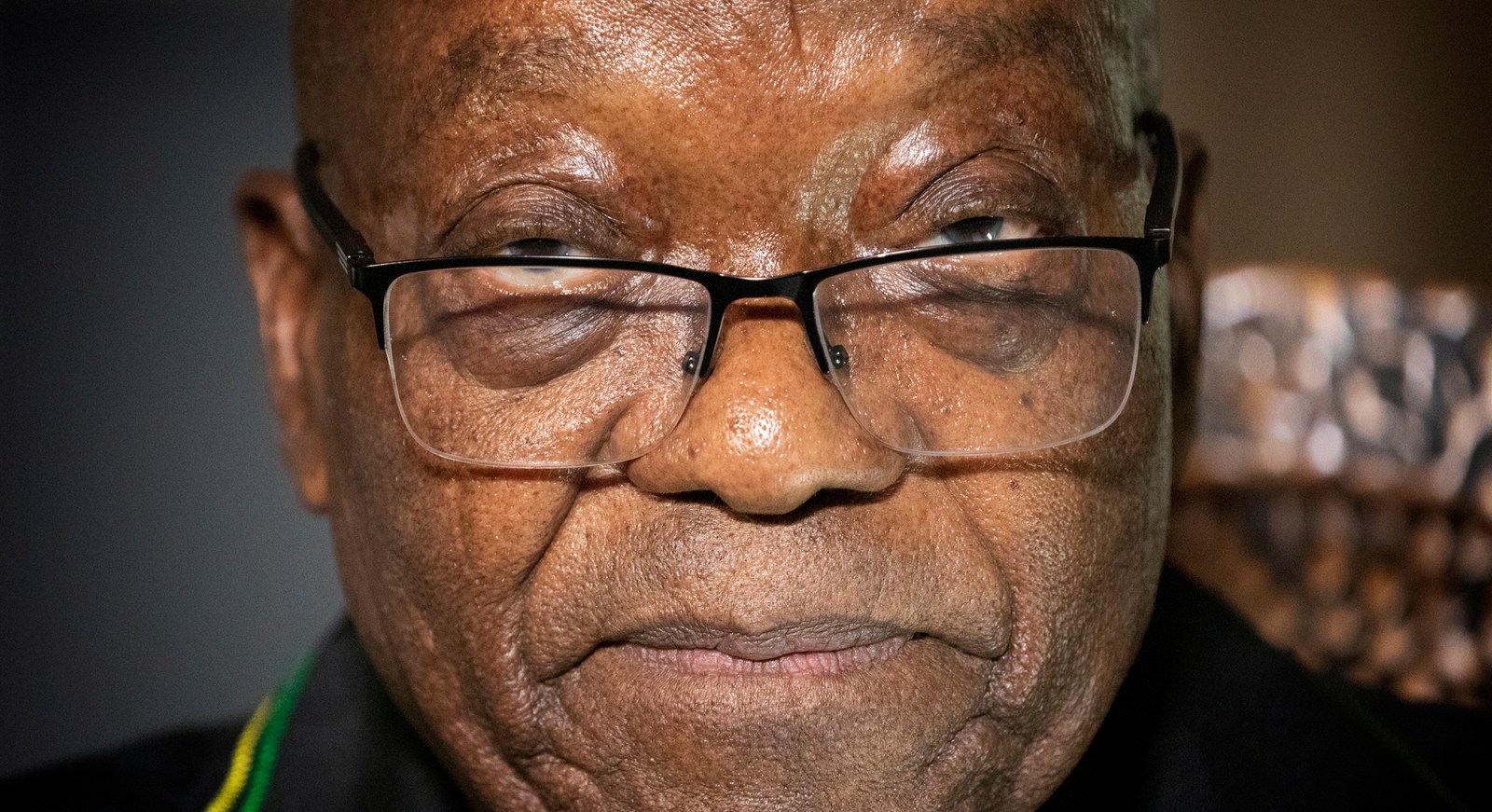 It’s a ‘no’ from Judge Mnguni to the former president's final stay out of jail court application.

It took Pietermaritzburg high court judge Jerome Mnguni less than a minute on Friday to deliver judgment in former president Jacob Zuma’s last-minute bid on Tuesday to have the order for the warrant of his arrest and committal stayed.

Zuma handed himself over to authorities about 40 minutes before midnight on Wednesday — his arrest being set for midnight — and was transported via his presidential motorcade to the Estcourt Correctional Centre at about 2.20am on Thursday.

“The application is dismissed with costs. I hand down the judgment. Court is dismissed,” said Mnguni, without reading the full judgment into the record.

Daily Maverick will publish the ruling once it is received.

Prior to the speedy judgment, Zuma supporters made good on the threats reported by Daily Maverick on Wednesday night, and had been engaging in sporadic, disruptive protests since the early hours of Friday in an effort to “shut down KZN”.

Main roads were blocked with heavy vehicles and burning tyres. Rubbish bags and sand were released from tipper-trucks, and vehicles stoned. Durban Metro Police, along with SAPS, had cleared most of the obstructions by 10am, and traffic again started to flow.

Zuma’s daughter, Dudu Zuma-Sambudla, appeared to be documenting the “revolution” to have her father freed via Twitter.

Not long after sharing a tweet of a poster of President Cyril Ramaphosa being shot at, she deleted the same as users started reporting her for inciting violence.

It remains unclear if the twins had been in the cold trenches with Zuma’s supporters since 4am, or were Tweeting from their couches.

Supporters have vowed to continue protesting over the weekend.

#FreeJacobZuma movement is now becoming more and more organized in the #KZNShutDown . They are stopping trucks, puncturing tyres and using them to block strategic roads leading in and out of the Harbour. The economy will definitely suffer from this move. pic.twitter.com/V51J8FV9Qh

Police minister Bheki Cele, who was in Empangeni on Friday, told the media that the protests were political.

On Wednesday night, minutes before midnight, Zuma’s foundation announced: “Dear South Africans and the World. Please be advised that president Zuma has decided to comply with the incarceration order. He is on his way to hand himself into a Correctional Services Facility in KZN. A full statement will be issued in due course.”

Fifteen minutes later, the spokesperson for the police ministry, Lirandzu Themba, confirmed that Zuma was in custody, in compliance with the order of the Constitutional Court.

On Tuesday last week, the apex court found the 79-year-old in contempt of its order earlier in the year that he appear before the Commission of Inquiry into State Capture. He was subsequently sentenced to 15 months’ direct imprisonment.

He was given until Sunday to hand himself over, failing which the minister of police and national commissioner were ordered to ensure his arrest by midnight on Wednesday. DM/MC