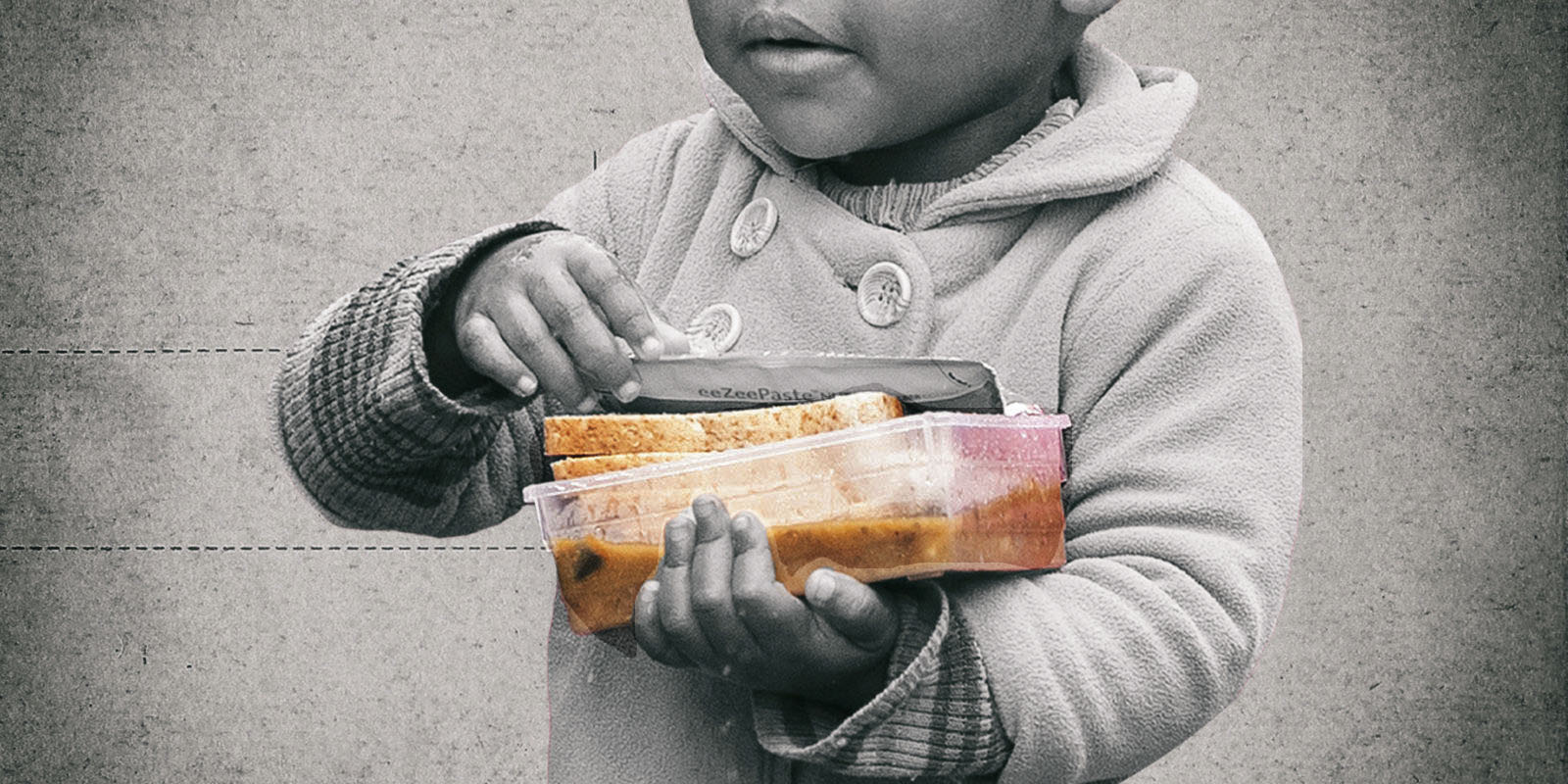 Equal Education and SECTION27 are heading back to court to force the Department of Basic Education to reinstate the National School Nutrition Programme. (Photo: EPA-EFE/NIC BOTHMA)

Basic Education Minister Angie Motshekga and education MECs have failed to uphold a court order instructing them to resume the programme that feeds millions of children.

Education NGOs Equal Education and SECTION27 have announced they will be heading to court again to urgently force the Department of Basic Education to ensure pupils get food at school.

This is because the department has breached the terms of the judgment ordering it to reinstate the National School Nutrition Programme, which was abruptly halted when schools closed in March 2020 as a result of the Covid-19 national lockdown.

Handing down the scathing judgment in July 2020, Judge S Poterill said: “A more undignified scenario than starvation of a child is unimaginable. The morality of a society is gauged by how it treats its children. Interpreting the Bill of Rights promoting human dignity, equality and freedom can never allow for the hunger of a child.”

The NGOs are now applying for an urgent court order stating that department officials are in breach of their constitutional obligations to provide nutrition to hungry pupils. It also seeks to declare that officials have failed to submit plans and monitoring reports on reinstating the nutrition programme, as ordered by Judge Poterill. They are demanding that the department files these plans within a month and every month thereafter.

“The education MECs and Basic Education Minister Angie Motshekga should give the court reasons they shouldn’t be fined or sent to jail for being in contempt of the court order. We are asking the court to order the national and provincial education departments to file new, revised plans to deliver the [nutrition programme], that take into account the continued challenges posed by Covid-19,” a joint statement reads.

According to the papers filed in the North Gauteng High Court, the minister and her eight MECs have 15 days to respond as to why they shouldn’t be held personally liable for contempt of the court order.

The NGOs say that of the 53 schools they surveyed across the country, 49% reported that pupils do not receive food on days they are not at school as per rotation, with the hardest-hit children being in Limpopo. Of the 43 parents/caregivers they spoke to, 32 had said their children were not receiving meals from the nutrition programme.

The beneficiaries of the programme come from impoverished backgrounds where parents often do not work and as a result are unable to provide enough food for their families. Pupils often described an inability to concentrate on an empty stomach, which negatively affected their learning and potential to progress within the basic education system.

“When schools were closed I was unable to do much learning at home because of the situation at home. The fact that I wasn’t able to learn worried me deeply because I have a lot of hope in my studies. I do not want my poverty to affect my studies because I want to go on to study further after matric and change the situation at home,” reported an 18-year-old Grade 12 pupil in Limpopo.

This is why Equal Education and SECTION27 are asking the court to grant them an urgent court date of 20 July 2021. The department has until Friday, 9 July to indicate whether it will oppose the application.

In 2020, Maverick Citizen published affidavits from school governing body members, parents and pupils themselves detailing the suffering and hunger the youngsters went through as a result of being deprived of food from the nutrition programme. DM/MC