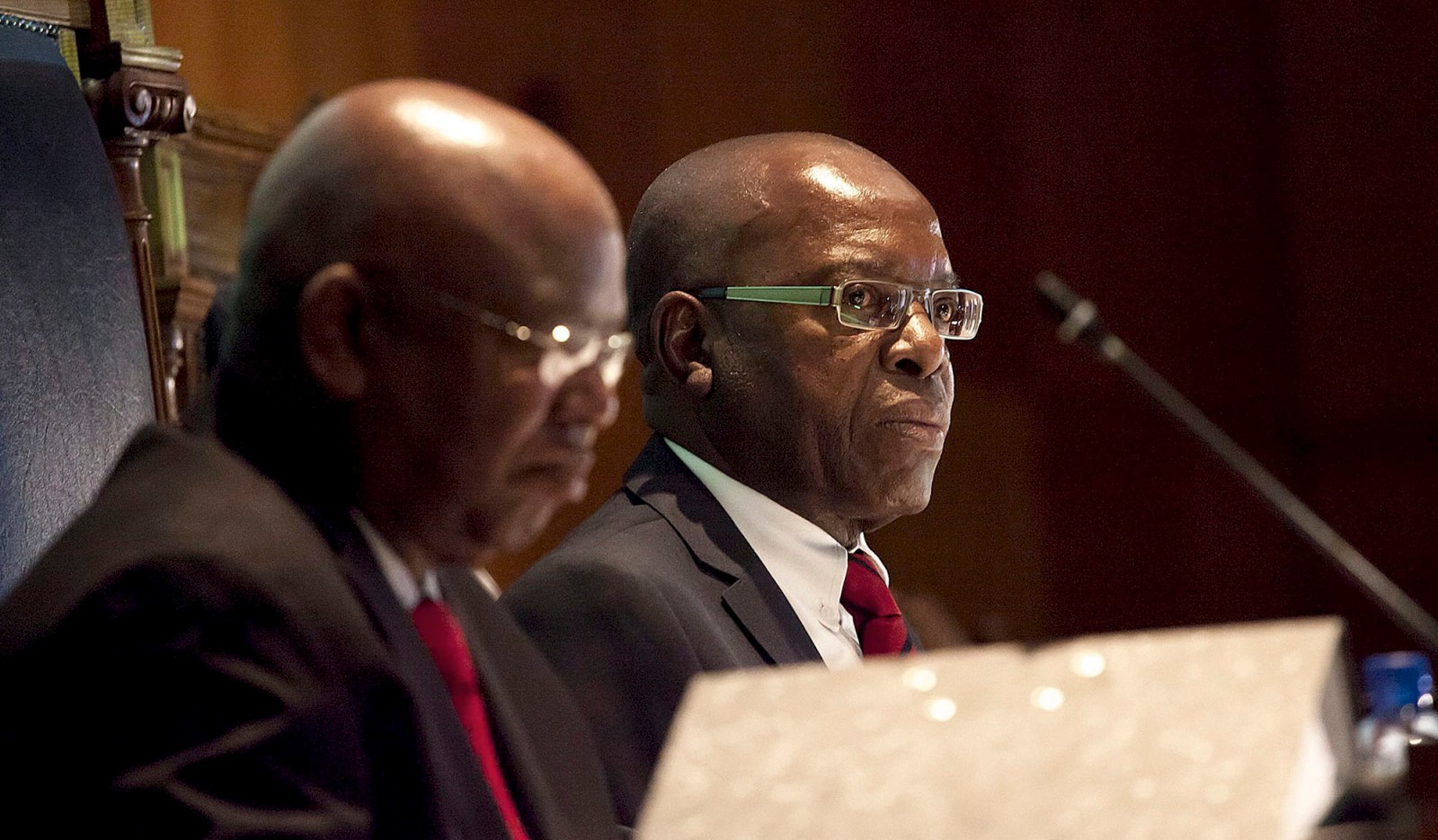 The Judicial Conduct Committee hearing into Judge Willie Seriti and Judge Hendrick Musi’s conduct at the Arms Deal Inquiry stalled before it began on Friday after the judges submitted a court application to halt the process. The pair, accused of failing to properly investigate the Arms Deal, argue that retired judges cannot be found guilty of misconduct.

Retired judges Willie Seriti and Hendrick Musi submitted a last-minute application at the Pretoria High Court to thwart the Judicial Conduct Committee’s (JCC) investigation into their conduct at the Arms Procurement Commission of Inquiry, the findings of which were overturned by the same court in 2019.

On Friday, the JCC was scheduled to begin hearing a complaint against the two. The complaint was lodged by civil society organisations Open Secrets and Shadow World Investigations.

They want Seriti and Musi to be held accountable for their alleged misconduct in the inquiry, which cost R137-million and found no evidence of corruption related to the 1999 Arms Deal.

Seriti, who chaired the inquiry, and Musi, who was commissioner, lodged a court application on Wednesday disputing the definition of a judge under the Judicial Service Commission (JSC) Act. The pair are questioning the constitutionality of the law, which allows retired judges to be held accountable.

“Our contention is that the definition of judge which includes retired judge, discharged from public service, is irrational and inconsistent with Section 177 of the Constitution,” they argue in their court application.

They claim that the Constitution refers to a judge as one who holds office until discharged, meaning that the JSC Act, which makes provision for misconduct proceedings against retired judges, is irrational. They further argue that the obvious outcome of such a process, impeachment, would be irrational.

“There is a blatant absurdity to submit a judge who has been discharged from public service through an impeachment process. The very objective of impeachment is to remove an incumbent from exercising power or performing a function of public office,” submitted Seriti and Musi.

“The consequence of the arguments made by Judge Seriti and Judge Musi is a system where retired judges cannot be held accountable for previous acts of misconduct or gross negligence committed whilst they were active judges. Judges could, as a result, conduct themselves with impunity, safe in the knowledge that they could simply retire if their misconduct was challenged,” said the two organisations.

“We believe that the application lodged by Judge Seriti and Judge Musi is an attempt to delay the proceedings of the JCC, so that their indefensible misconduct remains unpunished for as long as possible.”

While the two organisations will apply to join the high court case and argue against Seriti and Musi, the process could drag out for years and potentially end up in the Constitutional Court before the matter potentially returns to the JCC.

“It is our view that judges Seriti and Musi played a pivotal role in denying Arms Deal Justice through their failure to conduct the investigation they were supposed to. They now seek to avoid accountability for their misconduct, arguing that retired judges must be forever immune from the consequences of their actions,” said Open Secrets and Shadow World Investigations.

Civil society groups Corruption Watch and Right2Know went to court to review the findings of the Seriti Commission, which were released in 2016. The President and ministers of justice, defence, and trade and industry initially opposed the review application but withdrew their opposition before the case was heard.

Seriti and Musi didn’t oppose the application at the time and in their court application this week they said they had relied on the state attorney and executive to represent their positions. But when those government organs withdrew their opposition, the court based its decision on the facts presented by Corruption Watch and Right2Know.

“There was nothing we could do, but to live with the outcome of the Order,” they submitted.

That order was scathing. A full panel of the Gauteng High Court said the Seriti Commission inexplicably ignored essential information before it found there was no evidence of corruption in the Arms Deal, estimated to have cost R142-billion in 2020 prices, according to Paul Holden from Shadow World Investigations.

Holden has also testified at the Zondo Commission, giving evidence on how money was laundered through the Gupta empire and the total cost of State Capture.

In its judgment overturning the findings of the Seriti Commission, the high court said “it is clear that the commission failed to enquire fully and comprehensively into the issues which it was required to investigate on the basis of its terms of reference”.

It cautioned courts and inquiries against being overzealous in evidence gathering, but added: “However, where the uncontested evidence reveals so manifest a set of errors of law, a clear failure to test evidence of key witnesses, a refusal to take account of documentary evidence which contained the most serious allegations which were relevant to its inquiry, the principle of legality dictates only one conclusion, that the findings of such a commission must be set aside.”

In May 2021, Deputy Chief Justice Raymond Zondo said their complaint had sufficient merit to be referred to the JCC. The basis of the complaint is that the Seriti commission failed to gather evidence, admit key information, solicit evidence from key witnesses and failed to test evidence on witnesses who appeared before the inquiry.

“We are aggrieved that we have to be put through a complaint process when we have long retired,” Seriti and Musi submitted to the high court while they stand accused of whitewashing the Arms Deal, believed to be democratic South Africa’s precedent-setting example of grand corruption. DM