Seriti findings a failure: ‘Inexplicable’ for commission to ignore evidence of corruption 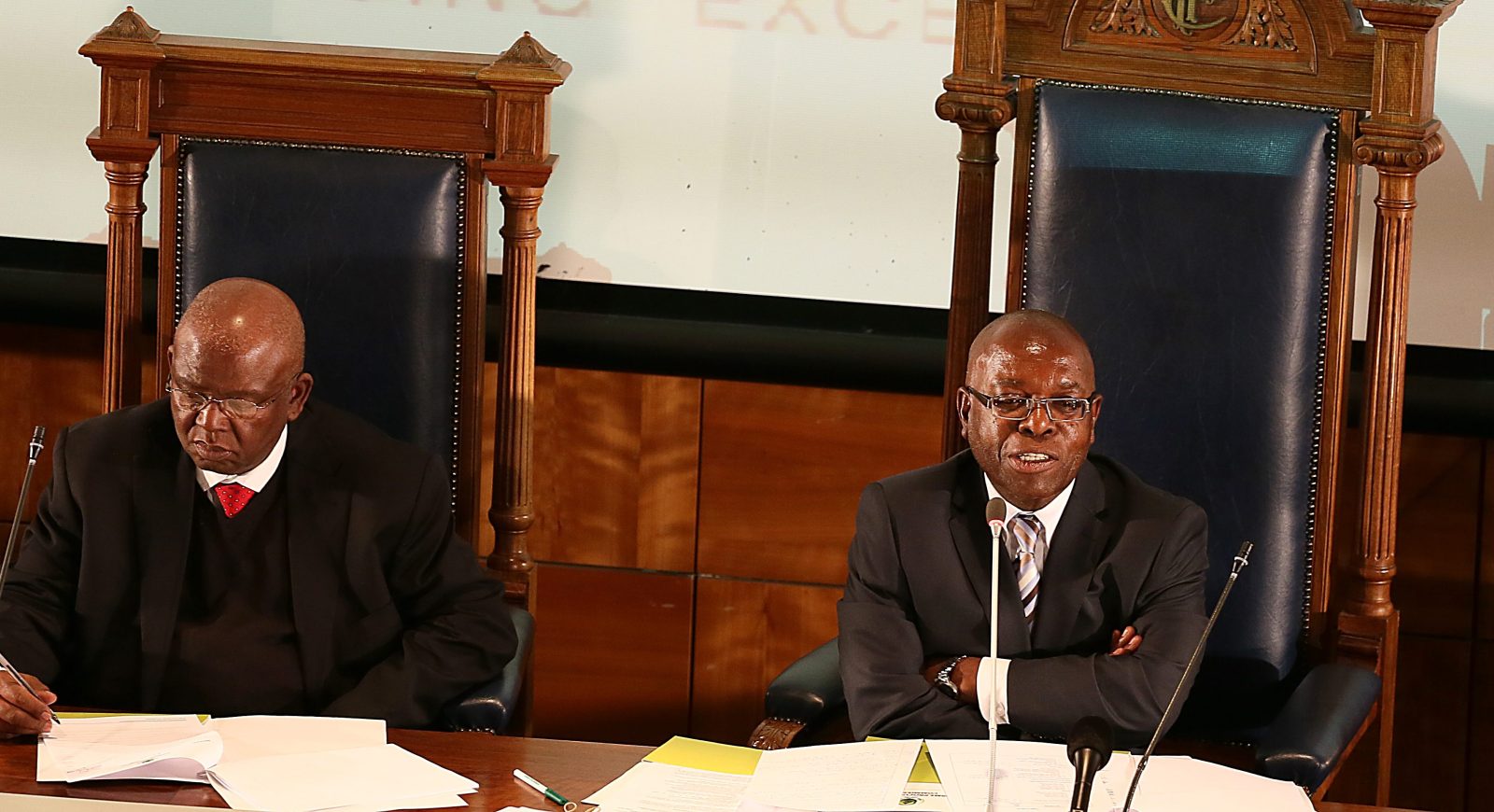 A court has set aside the findings of the R137-million inquiry into the arms deal which was led by Judge Willie Seriti. The commission was criticised as a whitewash after finding no evidence of corruption in the controversial multibillion-rand procurement package.

On Wednesday the North Gauteng High Court set aside the findings of the Arms Procurement Commission of Inquiry for failing to admit, interrogate and pursue evidence related to corruption allegations in 1999 arms deal.

Reading a the decision by a full panel of judges, Gauteng Judge President Dunstan Mlambo said it was “inexplicable” for the inquiry, led by Judge Willie Seriti, to have ignored essential information before finding there was no evidence of corruption, improper influence, or fraud in the arms deal, estimated to have cost up to R60-billion.

Corruption Watch and Right2Know went to court to review the inquiries findings, released in 2016, and argued it failed to fulfil its basic obligation of searching for the truth about the arms deal.

The president and ministers of justice, defence, and trade and industry initially opposed the review application. They withdrew their opposition before the case was heard.

The judgment emphasised that without opposition, the court was bound to accept the facts of the applicants and rule only on how the commission came to its findings.

Mlambo said court was not concerned with the legality of the Strategic Defence Procurement Package (SDPP) or the veracity of allegations made against those implicated in corruption.

The court found “it is clear that the commission failed to enquire fully and comprehensively into the issues which it was required to investigate on the basis of its terms of reference”.

In their arguments, Right2Know and Corruption Watch highlighted a few of the inquiry’s key failings.

The commission did not introduce the record of the criminal case against Schabir Shaik, convicted of soliciting bribes from arms company Thomson-CSF.

It failed to interrogate evidence from arms acquisition head Chippy Shaik and businessman Fana Hlongwane, both of whom are linked to allegations of corruption in evidence from other submissions at the inquiry.

The inquiry also refused to introduce a report from law firm Debevoise & Plimpton (DP), which investigated German arms company Ferrostaal’s operations around the globe and made findings on its work in South Africa.

It also failed to try to access information from other countries, such as investigations by foreign authorities, that could have shed further light on who did what in the arms deal.

The court said the commission clearly failed to pursue its mandate.

“This is evident from the failure to examine the DP report or the evidence which emerged from the Schabir Shaik trial which it refused to admit and thus consider evidence which was highly material to its inquiry,” read the judgment.

Regarding Shaik and Hlongwane, the court said there was a “complete failure to rigorously test the versions of these witnesses by putting questions to them with the required open and enquiring mind”.

“The questions posed to these individuals in particular, were hardly the questions of an evidence leader seeking to test the extremely serious allegations that went to the heart of the reason for the establishment of the Commission,” the judgment continued.

“This is hardly an investigation whose objective is to get to the bottom of the allegations.”

The court found that the inquiry’s refusal to begin the diplomatic process of accessing information from foreign governments “seriously hobbled its investigation”.

Mlambo said courts and inquiries must be cautious about being overzealous in their evidence gathering.

“However where the uncontested evidence reveals so manifest a set of errors of law, a clear failure to test evidence of key witnesses, a refusal to take account of documentary evidence which contained the most serious allegations which were relevant to its inquiry, the principle of legality dictates only one conclusion, that the findings of such a commission must be set aside,” he concluded.

The Presidency and the ministers involved were ordered to pay Corruption Watch and Right2Know’s costs. DM