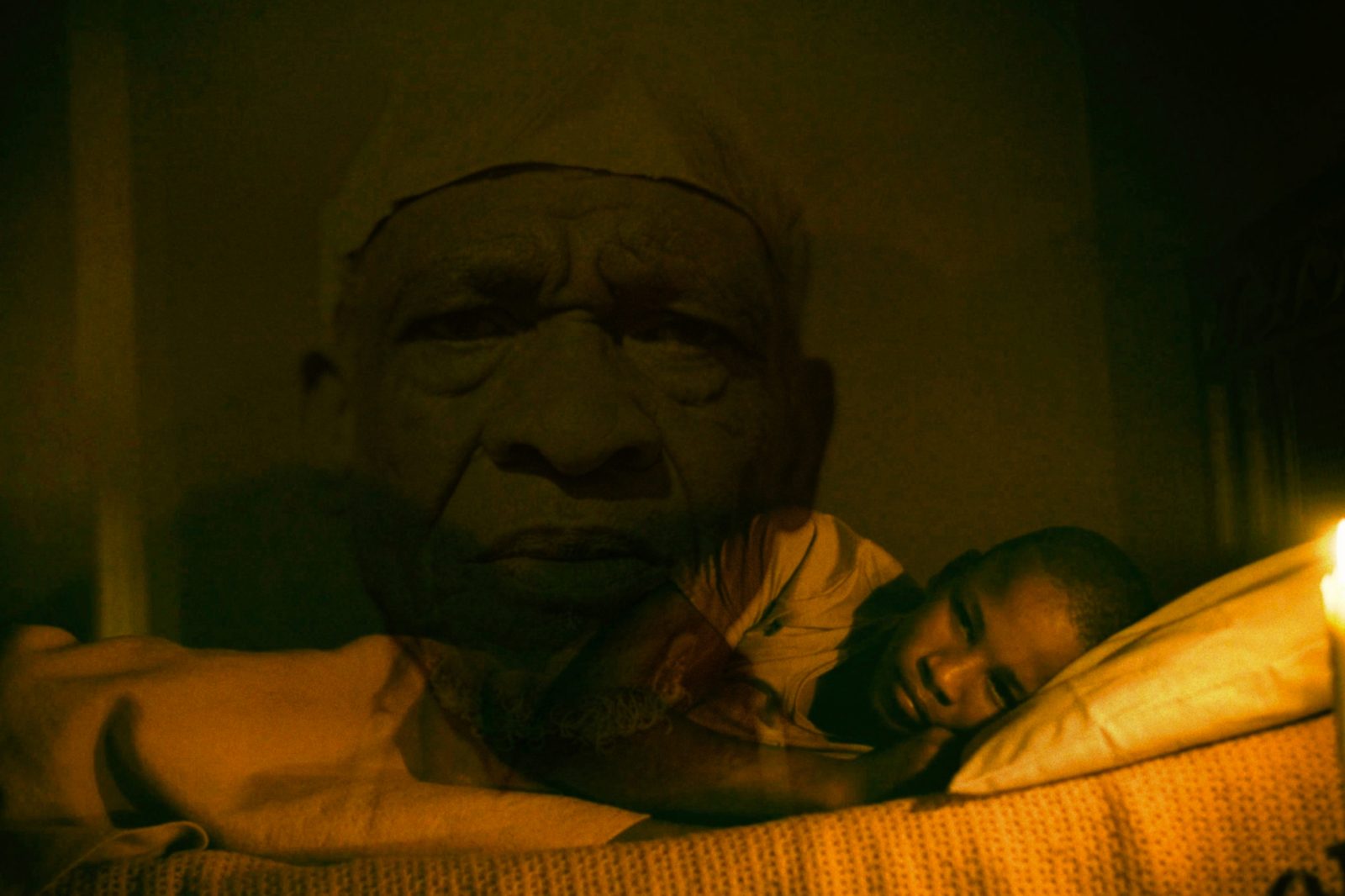 One of the three winners of the 2020 Rupert Arts Foundation’s 2020 Social Impact Arts Prize, ‘Tears Become Rain’ is a short film that highlights the importance of history and community, especially in times of crisis.

Originally conceptualised by social impact artist David Brits (known for his impressive public-scale sculptures) the short experimental film Tears Become Rain is a feat of collaboration in the midst of a pandemic that made, and still makes, it nearly impossible to be together (physically, at least.)

One of three winners of the Social Impact Arts Prize 2020 – launched in 2019 by the Rupert Arts Foundation and Rupert Museum – Tears Become Rain (and the creative process that went into the film) is a culmination of ideas not only from the concept development team (Brits, Raiven Hansmann, Fiona du Plooy and Themba Stewart) but from the residents of Graaff-Reinet, where the film was based, workshopped and shot. It certainly embodies the central mission of the Social Impact Arts Prize initiative: to encourage “creative ideas with the potential to make an impact on the communities within which they are created”.

In October 2019, when the team began working on the project, there were two things that united the community of Graaff-Reinet, Brits told the audience at the premier of Tears Become Rain at Cape Town’s Labia Theatre on 16 June: the harrowing effects of the drought that plagued the Karoo district for more than five years… and singing.

Boasting just more than 35,000 residents, Graaff-Reinet has an estimated 50 active choir groups – a lot for a small town. According to the immersive online exhibition, created to explain and supplement the process behind the final product of Tears Become Rain, choral tradition is deeply embedded in the cultural fabric of the community and is “celebrated by almost all residents of Graaff-Reinet”. It is a practice that transcends racial, political and economic boundaries in a town still “haunted by the template of apartheid spatial planning”. At the stem of the project’s conception was the idea that singing “has the uncanny ability to form a bridge across the divide of race, class, sex and religion”.

Water is similar to singing in its fluidity and (in normal times) ubiquity. It, too, is universal; every living creature needs it to survive. On a less hopeful note, the heavy, dry and all-encompassing weight of the worst drought in Graaff-Reinet’s living history, was a dark connecting factor for residents; a stinking cloud that none of them could shake off. “The drought drummed in everybody’s mind,” reads the exhibition description. “It was almost all anybody could think about.”

In an attempt to unite the residents in their shared predicament, as well as educate the public about precious (and tenuous) water resources, Brits and his team envisioned “a choir of 2,500 people amassing in Angel Park” to sing for rain. It would be a moment both beautiful and sad.

Then 2020 hit, bringing a new and welcome beauty in the form of rain. The drought had broken. Graaff-Reinet was green again.

But the new year also brought an unprecedented tragedy, whose story we are now overly familiar with – the absolute havoc caused by Covid-19, which for a while bonded the entire world in its heartbreaking reality.

Water had returned to the people of Graaff-Reinet, but in a devastating switch, the community (in the way we understood it before) had dissipated. Gathering to sing in a choir was no longer a possibility. In an effort to continue their project, to keep the collaborative spirit alive, Brits and his team decided to re-envision the project into the form that it is today: the short but layered film that is Tears Become Rain.

The two major themes of water and singing continue to form the heart of Tears Become Rain.

The entire score that flows through the film is sung by the Mzansi choir, made up of the best singers the town can offer. Created specifically for the purpose of the film (but continuing to practise to this day) Mzansi reflects the “many choirs, diverse choral genres and language groups present in Graaff-Reinet”.

The medium of film allowed a narrative and temporal layer to be added to the project. Because film exists outside and beyond the present moment, it can incorporate fragments of the past, as well as continue to exist into the future.

The narrative element of Tears Become Rain does just that. Based on a story that was originally recorded sometime between 1871 and 1873 as part of the Bleek and Lloyd Archive (more on that later), the narrative arc of the film emphasises the cyclical nature of drought and (less directly) life.

Originally told by //Kabbo, a |Xam rainmaker and master storyteller, the story was reinterpreted by Ronelda Kamfer, an Afrikaans-speaking South African poet, into an epic poem that formed the lyrical basis of the film.

The story follows the journey of a young San boy (or several iterations of this same character as generations pass) in a time of great drought. Distraught by the hardships of the drought, the boy (also named //Kabbo) begins to cry. In his anguish, the boy’s tears turn into rain and pour upon the cracked surface of the dried-up Nqweba Dam and the dead, brown grass surrounding Graaff-Reinet. His grief restores abundance to the world.

The film also features animations by Fred Mpuuga, and a “street-cast” of entirely novice actors from the community, including Annie Nortjé, a respected community elder, Milriano Elias, the headboy of the local primary school, and Allie Jafta, the chief custodian of the Khoisan tradition in Graaff-Reinet. While Tears Become Rain could certainly benefit from slowing down a bit (the layered elements make it rather busy, and there are almost no moments of silence or stillness, rendering it slightly difficult to absorb), the novice filmmaking team went above and beyond to achieve their goal of a truly community-driven project.

The Tears Become Rain project is exponentially more meaningful when we consider that its central narrative was based on a tale told by a |Xam rainmaker and master storyteller whose story was recorded in the Bleek and Lloyd Archive.

The archive, recognised as a national treasure and Unesco Memory of the World site, was created by Wilhelm Heinrich Immanuel Bleek, his wife Jemima and her sister Lucy Catherine Lloyd – three English settlers who dedicated their life’s work to researching the now extinct |Xam language, as well as other languages of the San people.

These archives are a result of a central yet tragic part of South African history. The San people, the indigenous residents of the Karoo, were brutalised, misplaced, abducted, enslaved and even hunted by the Dutch trekboers, the nomadic farmers who settled in the northern parts of the country. In retaliation to this maltreatment, gangs of San raided settler cattle and, in some cases, attacked and killed the farmers themselves. Many of them were imprisoned or sent to labour camps.

Using their ties with the governor of Cape Town at the time (circa 1870), the Bleeks managed to convince the authorities to release a few San prisoners into their custody for the purposes of research.

According to the JSTOR World Heritage Sites website, “the project resulted in more than 13,000 notebook pages of narrative as well as genealogies, maps, and illustrations of |Xam and !Kun observations of daily life. Today the |Xam language is no longer spoken by a single person and the pages and images of the archive are almost all that remain of the language and ideas of a people who once were the sole inhabitants of much of the central part of southern Africa.”

That this story is reanimated in Tears Become Rain is yet another way that Brits and his team managed to substantially incorporate the Graaff-Reinet community (many of whom are descendants of the San) into their project. Not only are they celebrating the rich choral storytelling that is common in the town today, but also the types of storytelling that were an important (and almost forgotten or erased) part of its history. With the recent fire at the University of Cape Town, which wiped out large sections of its library (including parts of the Bleek and Lloyd Archive), the importance of archival representations and the recognition of oppressed history feels like a particularly tender topic.

Where can you find Tears Become Rain?

The film, a precious product of meaningful collaboration, can be seen here. The behind-the-scenes work that went into it, as well as the names and pictures of everyone involved, can be viewed in the online exhibition, hosted by Latitudes, until 31 July.

Like many creatives struggling through this strenuous time, Brits and his team managed to take a fairly dire situation and turn it into something innovative and new. Perhaps tears really can become rain. DM/ML