Part Three: The local and international laundries used by the Gupta enterprise and its associates 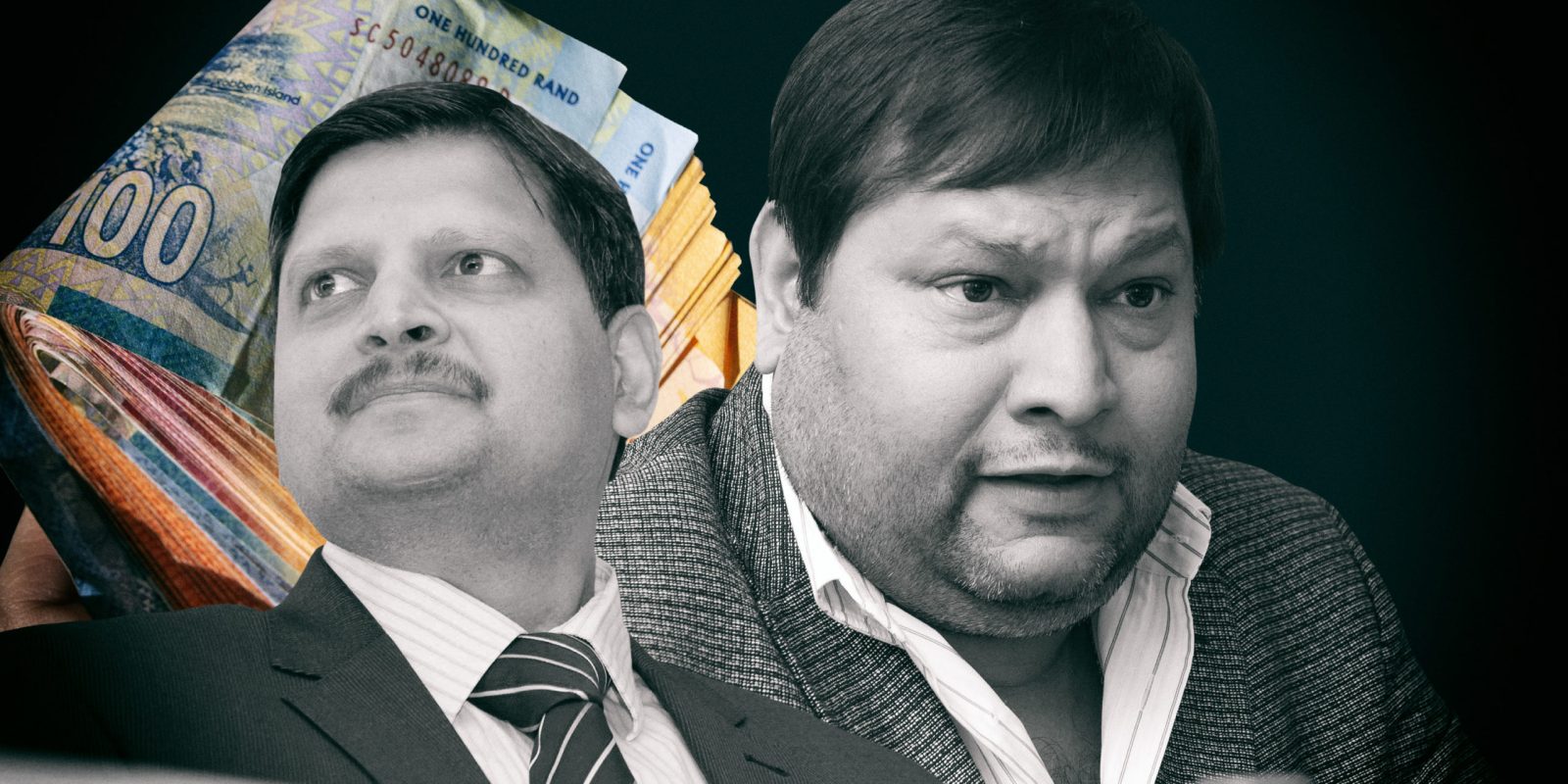 A look at the laundries used by the Gupta enterprise to move, disguise and ultimately reuse funds from State Capture.

In the previous instalment I described how the Gupta enterprise earned more than R16-billion from State Capture contracts via direct payments, subcontracting deals, kickbacks and money paid to what I refer to as “first-level laundry vehicles”.

Bear in mind, however, that this is very much a high-level overview, distilling hundreds of pages of evidence into a short article. There are any number of stories that, as a result, I have not been able to include.

In the earliest stages of State Capture the focus was initially on provincial government (and the Free State in particular). In this stage, the Gupta enterprise was remarkably unsubtle in the way it laundered money.

The modus operandi of the Guptas was to create a front company (or use one that they or their colleagues had lying around) to get a contract from the government. After spending a fraction of the amount paid to them to deliver a “service”, the vast majority of the money was sent directly abroad to Dubai.

A good example of this is Estina: Estina was little more than a corporate shell controlled by Kamal Vasram, who took his directions from the Gupta enterprise head honchos. Estina was paid more than R280-million by the Free State government. Of this amount, more than R169-million was paid directly to Gateway Limited in Dubai. Another example of this is Nulane, which I discussed previously.

Quite often, the Gupta enterprise decided to move this money back into their other businesses in South Africa, most frequently invoiced against bogus contracts. Again, Estina is instructive. Of the R169-million transferred to Gateway Limited, more than $3.2-million (about R33-million at the time) was paid into the accounts of the Gupta flagship Oakbay Investments, while Linkway Trading, another Gupta company, was paid more than $3.3-million (about R34-million at the time). Infamously, the Linkway Trading payment was justified by Linkway issuing an invoice for the costs incurred at the infamous Sun City wedding of Vega Gupta and Aakash Jahajgarhia.

The Dubai fronts became increasingly important once the Guptas started earning serious money from their locomotive kickbacks (more than R7-billion). When the Guptas first started getting paid this money, it was laundered on their behalf by two companies, JJ Trading and Century General Trading (CGT), who were controlled by the Worlds Window Group, a scrap metal and general trading company in India.

Evidence from the #Guptaleaks shows that JJ Trading (JJT), after receiving the money from the locomotive manufacturers, transferred 85% of the kickback amounts into the Dubai front companies for the Guptas. JJT retained 15% as a fee. During the period in which the Guptas used JJT (until about mid-2014), the Gupta enterprise was paid more than $98-million by JJT and CGT from the loco kickbacks.

The amount that was eventually repatriated into South Africa via the Dubai fronts (and almost all derived from criminal sources) was astonishing: more than R630-million to Gupta companies (and to buy jewellery): 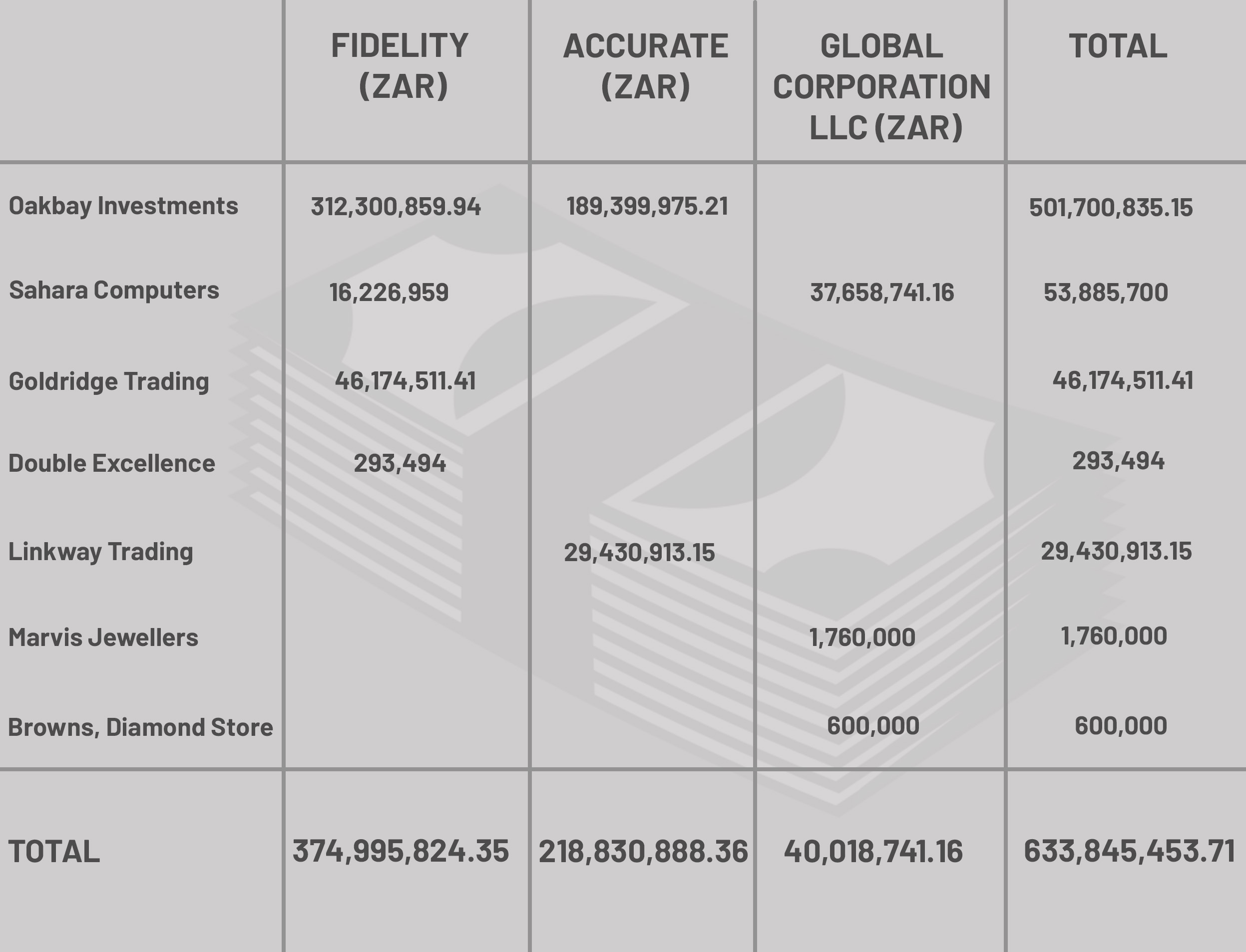 The first-level laundry vehicles and the local laundries

In my previous piece, I explained how the Gupta enterprise received payments from companies like Regiments and Combined Private Investigations through “first-level laundry vehicles”. These vehicles were the first stop on the laundering route.

The Gupta enterprise used 15 laundries (the top five were listed in the last piece), which were used roughly chronologically in four different laundry systems. 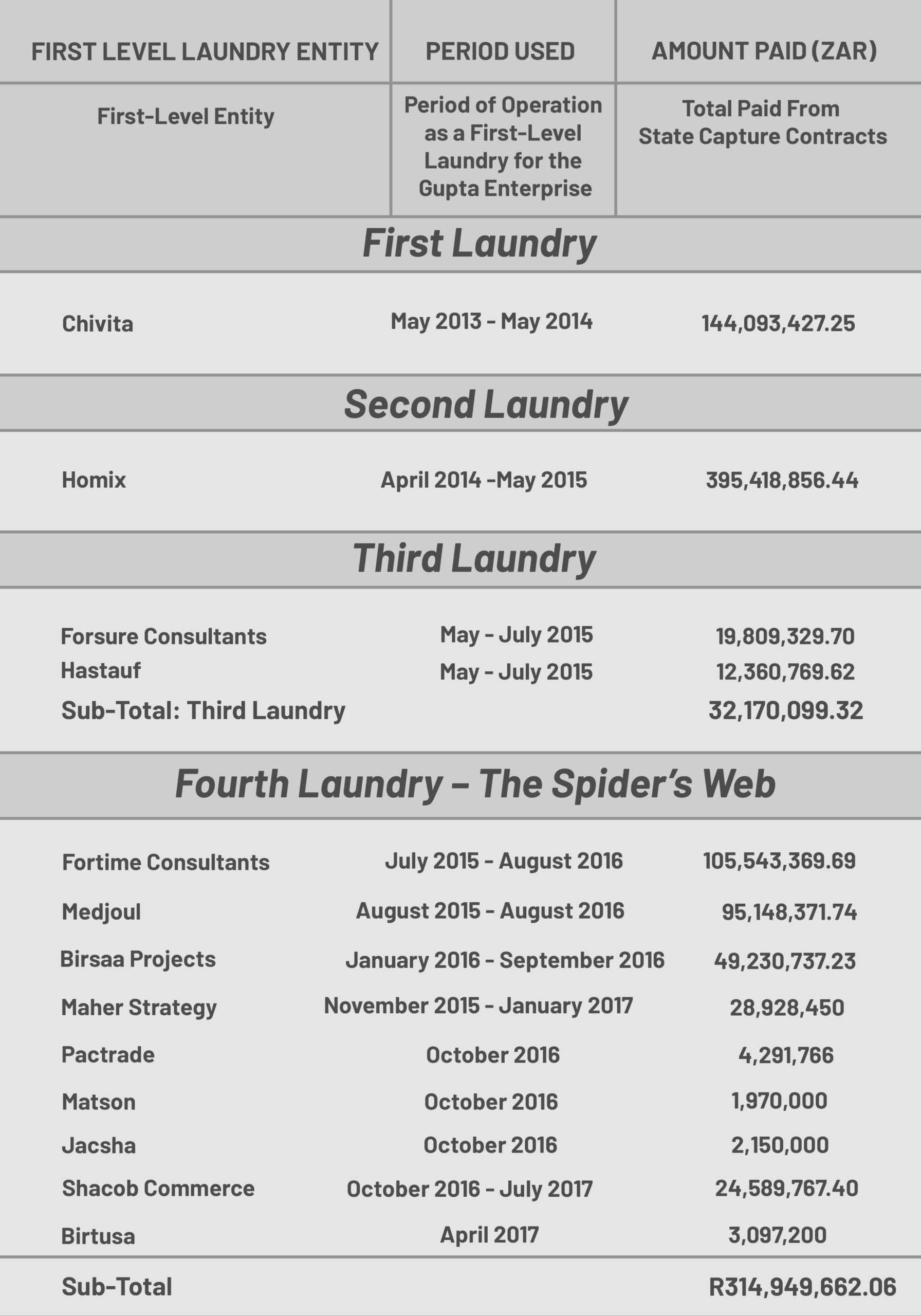 The Guptas would use a first-level laundry vehicle until some event made them dump the vehicle and move on to something new. For example, Homix was used for approximately a year to receive more than R395-million. In May 2015, Homix made payments directly to a Hong Kong company called Morningstar, which had been flagged by the South African Reserve Bank as suspicious. The Bank subsequently froze the assets in Homix’s account, and Homix was promptly dumped.

From the first-level laundry the funds were then paid onwards into an intermediary company. This company would take all the funds from State Capture and other criminal sources (I’ll deal with this in the next instalment), and pay them into another layer of local laundry, and then pay it into what I call an onshore-offshore bridge. 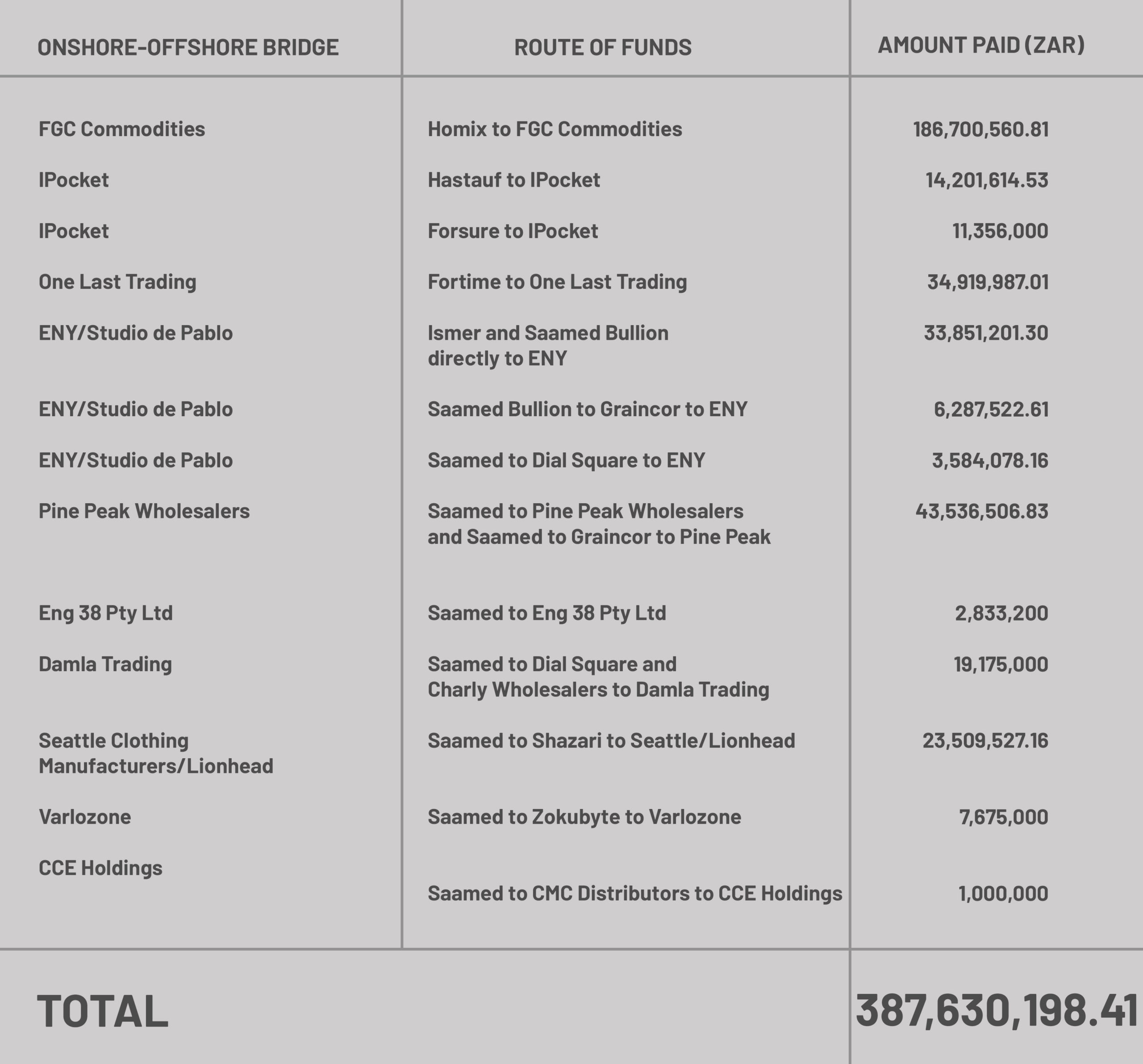 To make this a bit simpler, let’s look at the visualisation below, which shows how money moved from Combined Private Investigations into Medjoul and eventually abroad.

The use of these complex laundries means that it is extremely difficult to trace them to their final destination. But there are a number of cases where we can trace the laundry payments to some important recipients.

The first example relates to Integrated Capital Management (ICM). The following visualisation shows how money was paid by China North Rail (CNR) to Business Expansion Structured Products (BEX) in an outrageously corrupt contract related to the Transnet locomotive procurements and then onwards to ICM. At the time ICM received the money, one of its directors was Stanley Shane, a Transnet board member and chair of the infamous Board and Acquisitions Disposal Committee (BADC) that oversaw the locomotive contracts.

The second example also relates to payments to BEX from CNR. In the following visualisation, the funds flow from CNR to BEX and eventually into the accounts of a company controlled by the Guptas, Confident Concepts, which gets R33,730,000.

In the next instalment I’ll drill down into some of the laundry networks used by the Gupta enterprise to show how they linked to serious and violent organised crime; and how this investigation appears to have identified a vast yet hitherto unknown international laundry operating out of Hong Kong and China – using HSBC as a key bank of choice. DM