Part Two: How much the Gupta enterprise earned 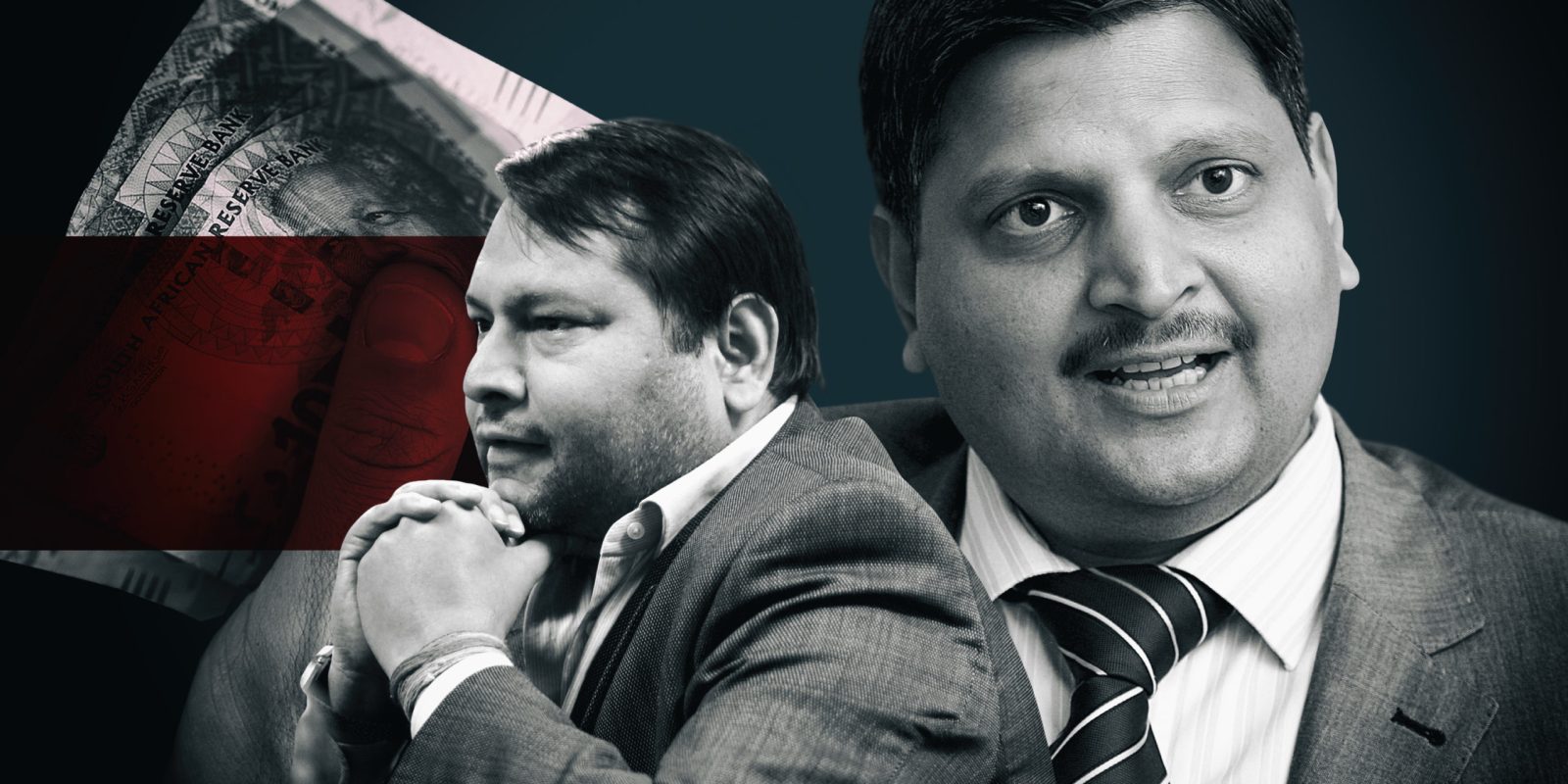 This is the total amount earned by the Gupta Enterprise from State Capture, starting with its early scams in the Free State in 2011, and then spreading through various organs of State, but, most notably, Eskom and Transnet.

Like the cost of State Capture, this figure was calculated simply. I worked with the Commission to identify every contract or payment that was made to the Gupta enterprise where there was an obvious irregularity, wrong-doing or conflict of interest.

Taking this approach means that I excluded those amounts paid to the Gupta enterprise by the State where there was no obvious irregularity. For example, the Commission identified that Sahara — the Guptas’ flagship IT company — was paid R102-million by the State. But a lack of evidence meant that this could not be definitively deemed irregular, and was thus excluded.

The payments to the Gupta enterprise were made in four broad categories:

Payments made directly to the Gupta enterprise by the state

The second-biggest contribution to the Guptas’ illicit earnings were payments made directly to Gupta enterprise companies by the state.

In total, the Gupta Enterprise was paid R6.403-billion directly by the State in irregular contracts.

Two companies received 64% of these payments: Tegeta Exploration and Resources and Optimum Coal. Together, these two companies were paid R4.1-billion. 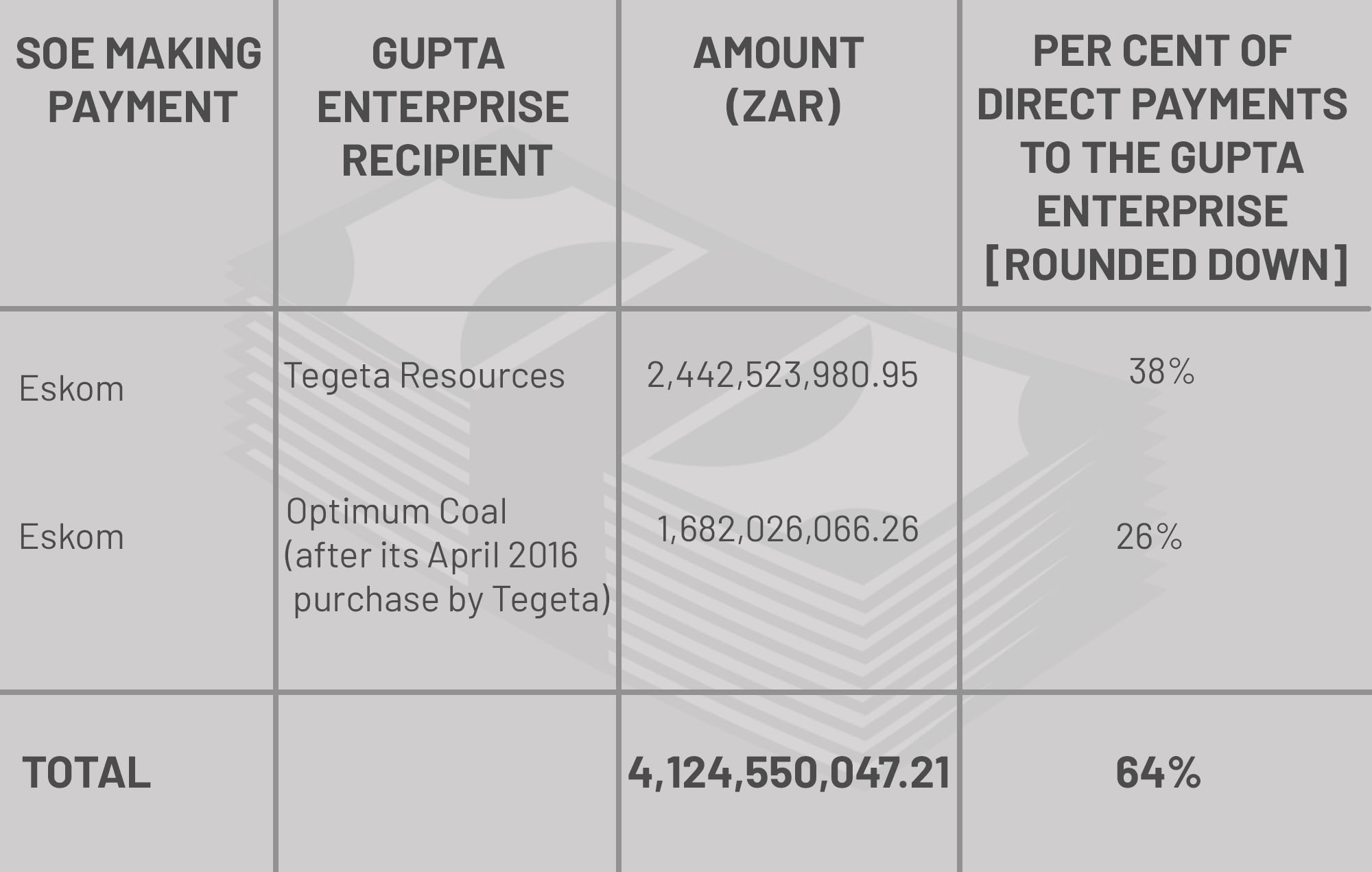 Payments made to the Gupta enterprise by state contractors

By far the biggest winner here was Sechaba Computer Systems. As I explained in my first piece, Sechaba earned R323-million as T-Systems “supplier development partner”. The funds started flowing to Sechaba after it came under the effective control of the Guptas.

As I will explore in later articles, the Gupta enterprise made use of extensive and complex local and international laundries to move funds from State Capture.

In calculating the total earned by the Gupta enterprise, I used the total payments flowing from State Capture paid into these vehicles: over R1.2-billion.

The top-five first-level laundry vehicles were: 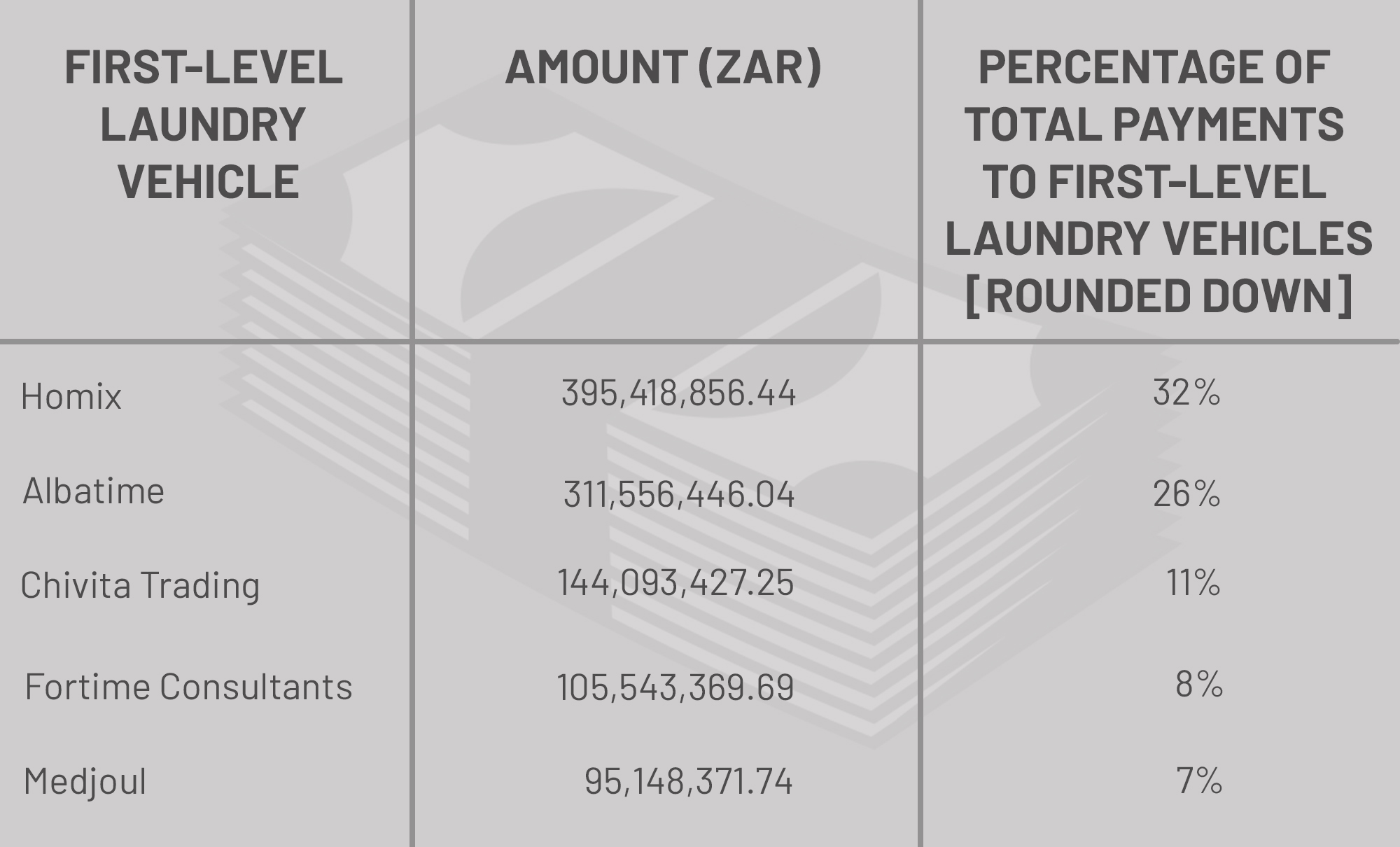 Of this, we can confirm that the Gupta Enterprise was paid R3.4-billion by CNR/CSR and CRRC in relation to the infamous R95,100,359,232 locomotive procurements based on hard documentary evidence. The Gupta enterprise was also due to earn a further R3.7-billion in kickbacks from these contracts when the paper trail goes cold, but which I believe they did.

Bonus round: some lesser-known but illustrative cases of capture

As the money flow investigations by the Commission proceeded, more and more previously unknown cases of State Capture were discovered (like the R7.8-billion Eskom contract with T-Systems I discussed previously). Here are three less-known examples that I think illustrate the extent to which the Guptas corrupted the state.

First: the R24.9-million paid to Nulane Investments 204. The contract was awarded to Nulane in October 2011. At the time, the lone director of Nulane was Iqbal Sharma, who had by then been appointed to Transnet’s board by Malusi Gigaba. Nulane’s bank accounts were controlled by a Gupta employee.

On review, it was discovered that the payments were for Nulane to write a feasibility study and ‘concept document’ for Project Mohoma Mobung and to identify a strategic partner. This exercise led directly to the Estina/Vrede Dairy Project.

The Gupta’s didn’t just steal the Estina/Vrede cash — they were responsible for writing the very documents that led to the project’s initiation.

Oh, one more kicker; of the R24.9-million paid to Nulane, R21.3-million went into the pockets of Gupta companies, eventually funding payments worth $2,295,000 to the Gupta’s Dubai front, Gateway Limited.

Third: the payments made to TNA by the Department of Water and Sanitation, the Free State Treasury and the Offices of the Premiers of the Free State, North West and Mpumalanga. None of these government departments could provide any contracts to support the tens of millions paid to TNA.

If there is one department you hope can spend funds appropriately (and keep the receipts), it’s the treasury.

In the next part of this series, I’ll start to look at the laundries used by the Gupta enterprise to move, disguise and ultimately re-use funds from State Capture. DM