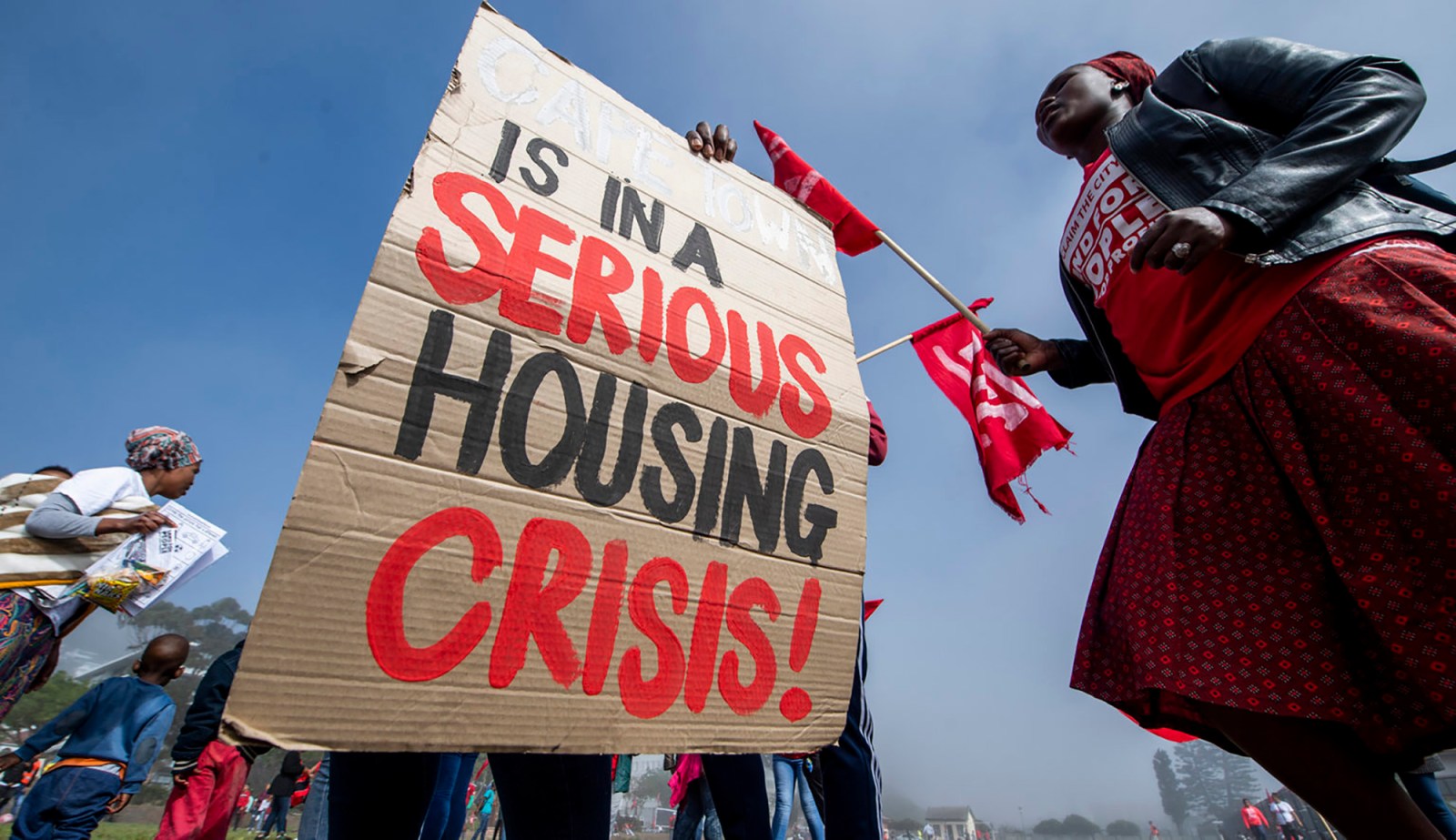 Reclaim the City activists gather at Green Point bowling green, Cape Town on 1 May 2019 to demand that the property to be used for affordable housing. (Photo: Gallo Images / Netwerk24 / Jaco Marais)

The City of Cape Town is committed to expanding opportunities in key parts of the metro. As such, the city is aligning its full strategy suite to enable more well-located affordable housing — close to economic activity and along public transport routes not only in the CBD, but in all areas where economic activity is prevalent.

For instance, it is incorrectly indicated that planned social housing projects for Cape Town’s inner city currently amount to around 240 units at the Pine Road development in Woodstock.

While the extent of inaccurate data for other metros is unknown, the facts in relation to Cape Town are as follows:

There are approximately 2,000 social housing units already in the pipeline for the inner city and surrounds, with ongoing exploration of further opportunities related to different projects at various stages.

This figure relates only to municipal-driven projects, and excludes other forms of affordable housing driven by the city and private sector, as well as any provincially driven projects.

Selected projects at various stages include:

The above list of city projects speaks only to the part of Cape Town that may be regarded as the inner city and surrounds.

The Voortrekker Road corridor, which links the CBD to Bellville, is being spatially targeted to expand economic opportunity by creating the enabling environment for business activity, jobs, affordable housing and public transport.

Social Housing Projects in the aforementioned areas are:

It is clear that the research in question not only severely underestimates Cape Town’s social housing pipeline, but is also misguided in its criticism of the location of certain social housing developments, such as those in Bellville, Belhar, Steenberg and elsewhere, which are all along development corridors and close to key economic nodes.

By the authors’ own admission, the research methodology used does not adequately account for economic activity — a key informant of the city’s spatial policy.

As a result, the authors incorrectly assume that the “core city” (areas within 5km of the CBD) contain most of the economic activity of a city.

The policy also identifies environmentally protected areas, discouraged growth areas and “consolidation” areas, generally on the outskirts and of lesser priority at this stage.

The MSDF’s key objectives are to pursue a new spatial form that will ensure that Cape Town becomes a city that is more equitable, liveable, sustainable, resilient and efficient.

Within the Urban Inner Core, the primary road corridors that the city is targeting for transit-oriented development, are Voortrekker Road; Main Road in the southern suburbs; the R27, Marine Drive, Koeberg Road and Blaauwberg Road; Walter Sisulu and Govan Mbeki roads in Khayelitsha; AZ Berman Drive in Mitchells Plain; and Symphony Way towards Bellville.

Apart from transit corridors, public investment is aimed at key precincts within 500m of a rail or bus station, and at regenerating underperforming business districts.

It is noteworthy that the vast majority of social housing projects under construction, and those in planning, are all directly on or near centres of economic activities, or along well-located public transport routes. In tandem, the city has, from as early as 2009, pursued the release of the national government’s mega-properties for mixed-use development. This includes the inner city’s Culemborg; Wingfield along the Voortrekker corridor; Youngsfield in the south; and Ysterplaat, adjacent to Century City.

To date, the national Ministers of Human Settlements and Public Works seem to have made no progress in releasing the largest pieces of well-located land in Cape Town — signalling a lack of political commitment to enabling affordable housing. Many tens of thousands of opportunities are possible on these huge sites.

While the researchers have done a creditable overview of the national government’s failures around policy and grant-funding for the social housing programme over the years, since the Social Housing Act (2008), strangely, none of these details are mentioned in their Daily Maverick article.

The national government instituted various reforms to rationalise its housing subsidy structure in 2017, which has somewhat improved the viability of the social housing legislative framework.

However, it remains an extremely complex and time-consuming process to land viable social housing development. Grant funding remains inadequate at best, due to the mismanagement of resources at a national level. In fact, there is increasingly less grant funding to go around, with R118-million cut from the city’s Urban Settlements Development Grant last year alone.

Out of sustained commitment to expanding opportunity in key parts of the city, Cape Town has set out to align its full strategy suite to enable more well-located affordable housing — close to economic activity, along public transport routes.

Under the city’s new Human Settlements Strategy, recently approved by Council, all suitable municipal land continues to be assessed — from golf courses to mixed-use areas — to determine which of these properties could be developed for affordable housing, among other uses. A consolidated land pipeline will be developed to aid forward planning, including prioritised municipal land for well-located affordable housing.

It is an under-appreciated fact that the national zeitgeist is fundamentally moving away from the state as a primary provider of housing. This is being hastened by the drying up of grant funding.

Cape Town is alive to these realities and has thoroughly explored the opportunities available to the city in its various roles as provider, enabler and regulator.

Future affordable housing delivery will encompass a mix of:

This level of forward thinking is vital, as funding for social housing from the national government is uncertain given the country’s precarious fiscal situation.

The city is responding proactively to this national context by innovating to ensure the long-term viability of well-located social housing. DM