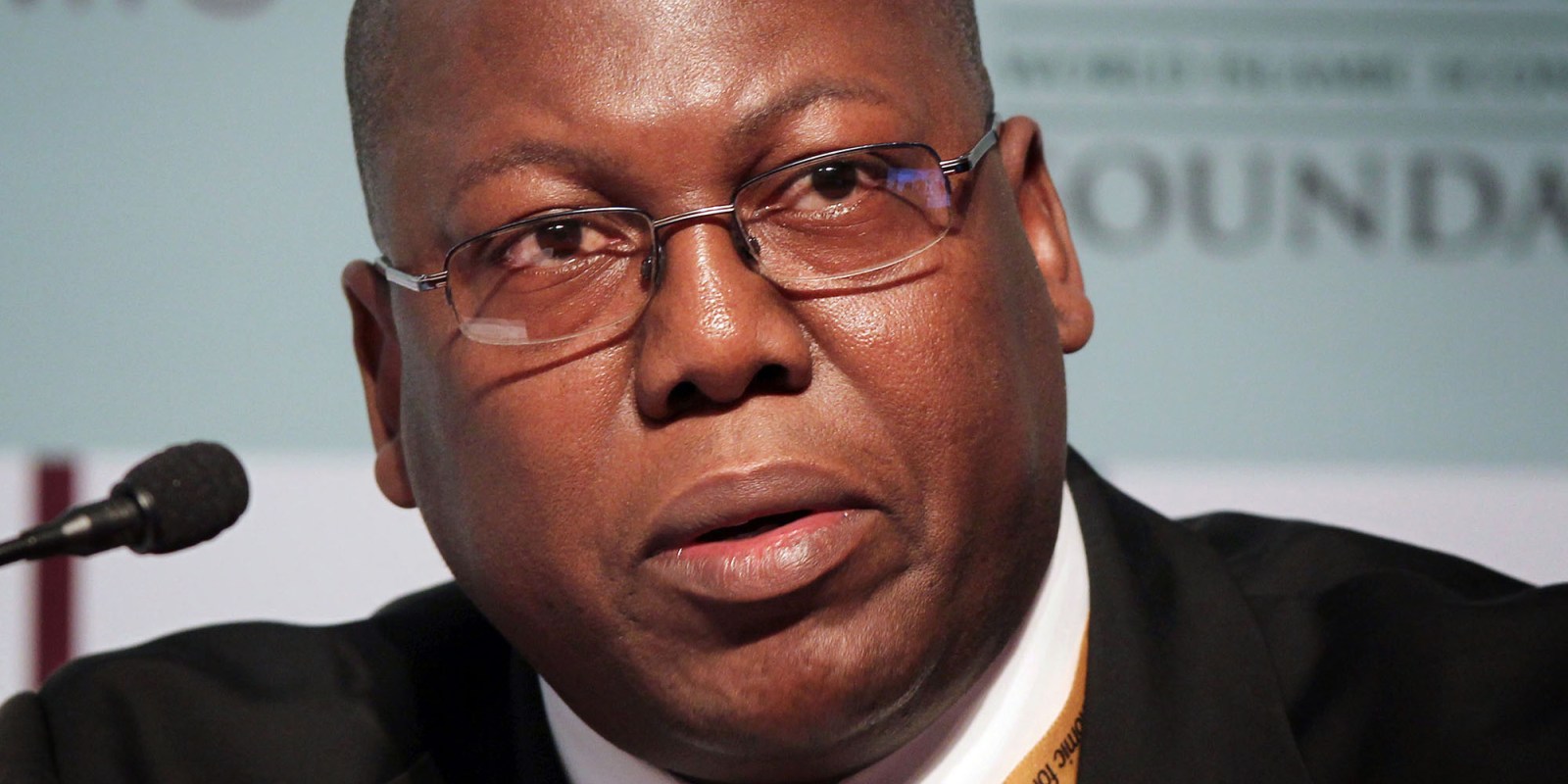 The embattled KwaZulu-Natal politician went on the offensive at the Zondo Commission late on Tuesday night when he was able to cross-examine a key witness who has accused him of receiving money for the ANC despite knowing it was the proceeds of crooked tenders.

Mabuyakhulu has previously been implicated at the commission by Colonel Petrus du Plooy of the Durban Hawks and PwC forensic accountant Trevor White, for his role in securing a R1-million “donation” from businessman Gaston Savoi and his company, Intaka Holdings, in 2008.

This was after the company scored massive contracts to supply water purification and oxygen plants to provincial hospitals and other departments.

The National Prosecuting Authority (NPA) charged Mabuyakhulu for the matter in 2011, but those charges were eventually dropped. However, another nine accused are still awaiting trial, including Savoi and former Ithala Development Bank boss Sipho Shabalala.

Representing Mabuyakhulu, AJ “Spicko” Dickson SC used Tuesday night to question White in an effort to convince the commission that evidence relied upon by White would not withstand serious scrutiny.

“When you want to make a circumstantial case it all has to point in one direction, and if a whole lot of your circumstances fall to pieces because people recant their evidence, then your theory is no longer valid. I will take you through each of the pieces to show you your evidence is flawed,” said Dickson.

In his prior testimony, Mabuyakhulu had gone to great lengths to present to the commission a different version of events around how the party received the R1-million donation. The donation is not in dispute.

According to White’s version, Savoi paid more than R1.053-million to Shabalala via the law firm Khobone and Shezi Attorneys.

The firm made several disbursements to Shabalala’s creditors and companies controlled by Shabalala before R1-million was delivered, in cash, to the KZN ANC offices a week before the party’s 2008 provincial conference.

Mabuyakhulu was the ANC KZN treasurer at the time.

White has maintained that Mabuyakhulu knew of the source of the donation, which was allegedly a kickback for Savoi receiving hefty government contracts.

In Mabuyakhulu’s version, Shabalala had been tasked with fundraising for the conference and had collected the money from various donors. He contends the money was not linked to Savoi’s payment to Shabalala.

Dickson said two witnesses relied upon by White had since changed their evidence.

He was referring to lawyer Sibusisiwe Zulu (nee Ngubane), who gave evidence to the commission on Monday, and the former ANC financial manager in KZN, Delani Mzila, who has recanted his affidavit.

Zulu had submitted an affidavit to the commission saying that when her firm represented the ANC in 2009/10, as investigators first started probing the donation, Mabuyakhulu had told her the source was Savoi. However, when presenting at the commission on Monday, she said either Mabuyakhulu or Mzila might have told her.

Mzila retracted an affidavit in which he said Mabuyakhulu had informed him that the source of the money was Savoi. In his second affidavit he said he had no knowledge of the source.

Questioning White on the money Shabalala received from Savoi, Dickson said it was clear that Shabalala spent that on himself.

“What I see is Mr Shabalala enriching himself and paying his creditors.”

Dickson said the money presented by Shabalala to the ANC could have come from fundraising efforts.

White replied: “Anything’s a possibility, but in the circumstances where everybody during the entire period of this investigation was talking about this one specific R1-million, there are numerous documents as to why I come to the conclusion that it is the same money [from Savoi].”

White said the claim that Mabuyakhulu did not know the source or had not spoken to anyone about the source was untrue, and was supported by an affidavit signed by now suspended Health Minister Zweli Mkhize, who at the time was the ANC’s KZN provincial chairperson.

In Mkhize’s affidavit, which would have been deposed more than a decade ago, he said: “I am aware Mr Shabalala requested Dr Savoi make a donation to the African National Congress and I am also aware that a donation of R1-million was received from Mr Shabalala for the African National Congress. This awareness is the consequence of a report I received from the then treasurer of the ANC KZN, Mr Mabuyakhulu.”

Said White: “If you interpret the English as it is written there is no doubt that Dr Mkhize received information about this donation, not these donations, from Mr Mabuyakhulu.”

He said it was likely that Mzila changed his affidavit when he realised what he was involved in.

Dickson said the analysis of evidence was not whether one led to the other but if, once all the facts had been presented, a conclusive conclusion could be reached.

There were many pieces to the puzzle, responded White, indicating a differing version.

“In [Mabuyakhulu’s] version there is not a single person that corroborates his version. No one else ever saw this one million rand, no one else counted this million rand. Are we saying the provincial treasurer would count it himself when it was brought to the office? Nobody has ever seen this money,” said White.

Daily Maverick readers will recall that, in an unrelated matter, Mabuyakhulu is one of 16 accused, including seven companies, who allegedly defrauded provincial coffers of about R28-million by paying for a jazz festival that never materialised.

Mabuyakhulu is accused of receiving a kickback of R300,000 into his private bank account, under the reference “Ndiyema” – his clan name.

It is this criminal matter that led to Mabuyakhulu “stepping aside” as provincial ANC deputy chairperson last month, in line with the party’s new national rules, pending the finalisation of his criminal trial. DM