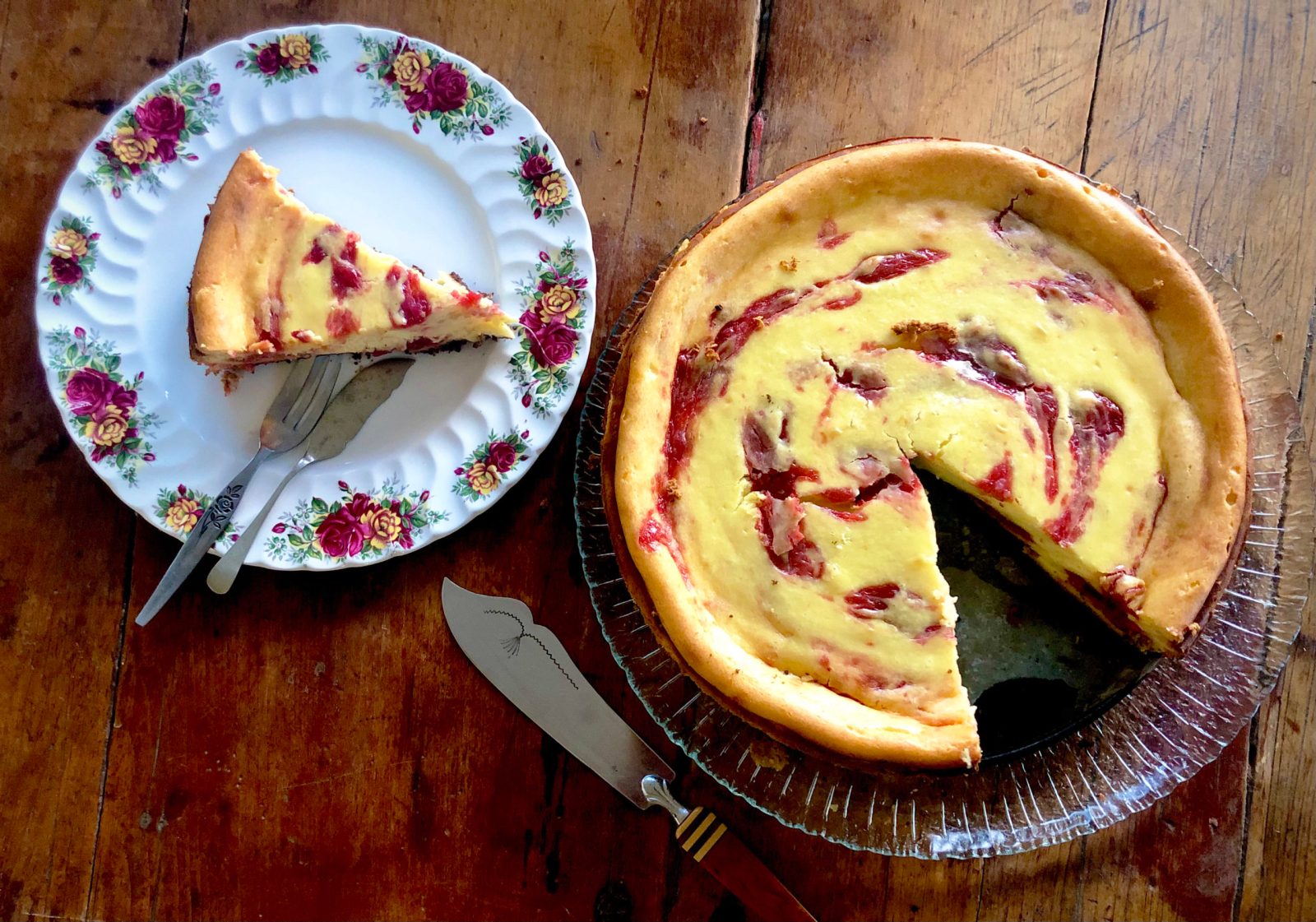 My lone rhubarb plant finally produced enough stems for me to cook with them. This marbled cheesecake was the ultimate result.

60 g butter (for the biscuit base)

For the rhubarb ripple:

Chop the rhubarb and simmer in a pot gently for 10 to 15 minutes with the castor sugar and rose syrup, stirring, until the rhubarb disintegrates.

Whisk 2 heaped teaspoons cornflour into it off the heat then let it simmer on a low heat for a minute. Whisk in the butter while still warm, then quickly whisk in 2 beaten egg yolks.

Crush the ginger nut biscuits by putting them in a sealable freezer bag, zipping it up, and bashing and then rolling them with a rolling pin into a fine crumb. Melt the butter and stir in the biscuit crumbs.

Grease the base and sides of a springform round cake tin with butter, and cut out a round of parchment paper to press into the bottom.

Press the biscuit crumbs evenly over the base. Refrigerate it for half an hour.

Beat the mascarpone and cream cheese together until smooth.

Beat in the castor sugar until well combined.

Beat in the sifted flour and orange zest, then beat the eggs and add them gradually while beating.

Fold in the yoghurt using a wooden spoon then switch to a whisk to make sure there are no lumps.

Pour the batter into the cake tin a third at a time, spooning in some of the curd in between and swirling it with the back of a spoon, leaving some to swirl on top.

Leave to cool on a wire rack before releasing the catch on the tin. DM/TGIFood

This dish was adapted from this recipe for a rhubarb and lemon cheesecake.