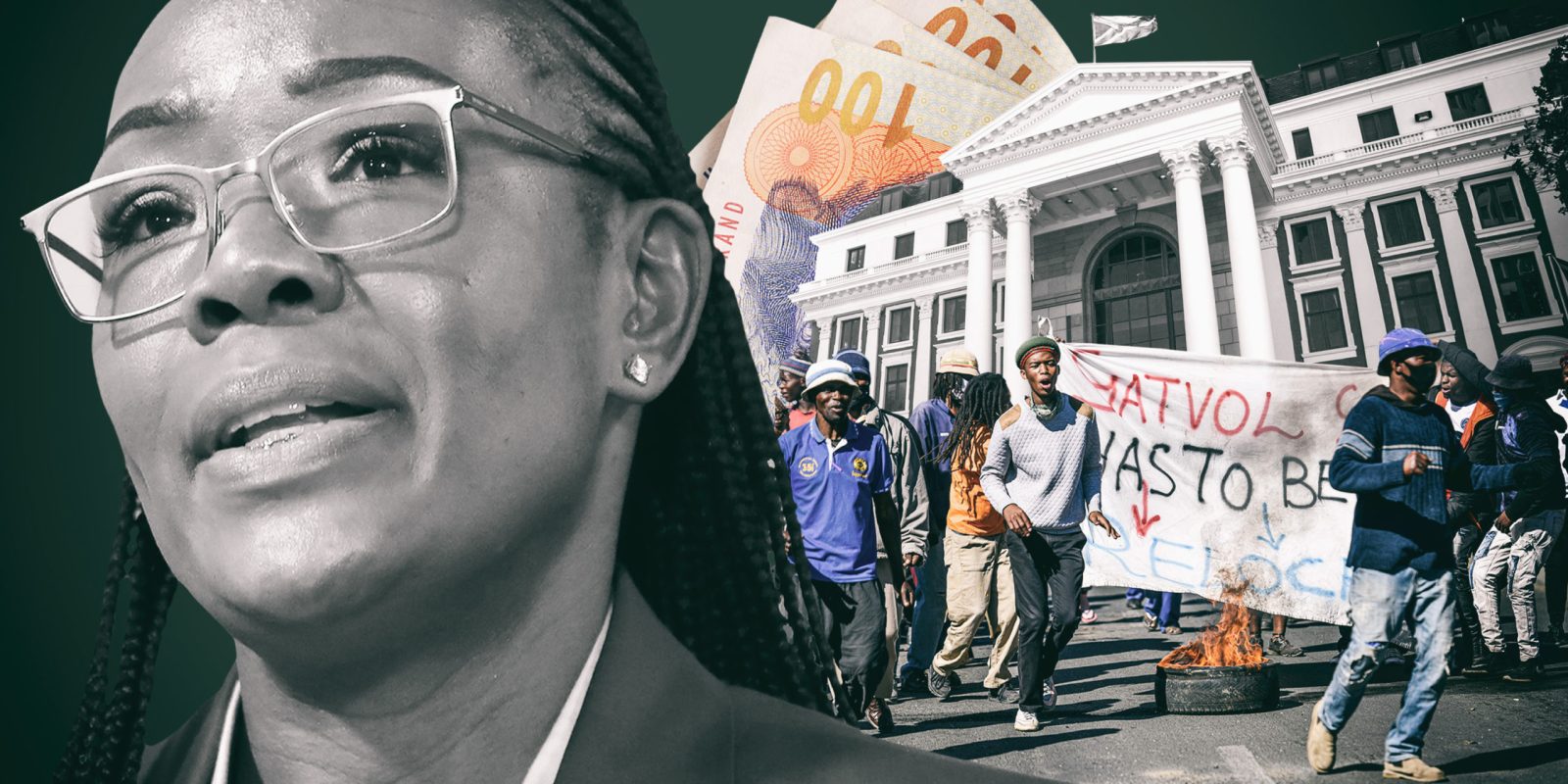 Just 27 of South Africa’s 257 municipalities have a clean bill of financial health, according to the local government 2019/20 audit. That’s 10 less than in 2017 when the present crop of municipal politicians came into office. Some R5.5bn was spent — without anyone able to say what for.

Four months before the 2021 local government elections scheduled for 27 October, the state of municipalities is dire. According to Tuesday’s local government audit outcomes briefing to MPs, just more than a quarter of South Africa’s municipalities, or 27%, themselves say they don’t know if they can continue — and almost one in four councils, or 57, failed to deliver any kind of financial statement by the statutory audit deadline.

The good news is that there are 27 municipalities with clean audits, including one of the eight metros, Ekurhuleni.

Whether it’s Okhahlamba in KwaZulu-Natal, Nkangala in Mpumalanga, Witzenberg in the Western Cape or Senqu in the Eastern Cape, these municipalities’ clean audit — unqualified with no findings in auditor-speak — have the administrative and political leadership that is interested in ensuring financial controls are in place, procurement regulations are followed and consequences for contraventions are imposed.

At Okhahlamba in the Drakensberg, the municipal leadership invested in systems for credible financial statements and compliance. “The leadership there has embraced the notion that a clean audit will help them attract investment… (for tourism).”

The ugly news is the 22 councils countrywide with disclaimed audit outcomes — the worst possible — that went through almost R5.5-billion without being able to say where the money went.

Put differently: of the R6.45-billion taxpayers contributed via the national purse to those municipalities through equitable share and conditional grant allocations, only R980-million remained by municipal financial year-end.

For example, the Chris Hani District Municipality in the Eastern Cape could not account for how it had spent R1-billion of the R1.043-billion it had received in equitable share and grant allocations.

Similarly, the Dr Ruth Segomotsi Mompati District Municipality in North West, which received a disclaimer, was unable to account for how it spent R582-million of the R697-million in its bank accounts. MPs were told bank accounts were not reconciled, but double payments were made to suppliers.

This district council is one of three in North West that were disclaimed. No municipalities in North West received a clean audit for the 2019/20 financial year, according to the Auditor-General’s briefing presentation to MPs. Of the province’s 22 councils, aside from the three disclaimers, six received qualified audit reports with findings and 12 failed to submit any financial statements whatsoever.

“Local government in the North West has collapsed,” acknowledged President Cyril Ramaphosa in Monday’s virtual address to the ANC Norman Mashabane regional conference in Limpopo, where he called on party members to nominate “capable” councillor candidates for the upcoming 27 October local government elections.

The president talked up municipalities, saying they needed credible leaders, and investment was crucial, according to TimesLive. “We must market our towns and local government areas to would-be investors with a view to create employment. We must become advocates of investment.”

Not so at Lichtenburg in North West which is losing its biggest employer, Clover, over council failures to keep water and electricity going and ensuring proper road maintenance. In early June 2021, the dairy product manufacturer announced it was moving its cheese factory from Lichtenburg to eThekwini, KwaZulu-Natal.

Nor at any of the municipalities where protests over service delivery failures erupt regularly, most recently at Harrismith, part of the troubled Maluti-a-Phofung municipality in the Free State.

Coincidentally, as in the North West, no Free State municipality had a clean audit. Eight of the province’s 23 councils did not submit any financial statements. Its metro, Mangaung, wracked by protests over service delivery failures, also failed to submit financial statements.

The bad news is somewhere in between.

It ranges from contravening procurement rules such as competitive bids, keeping financial controls or the spending of R1-billion on consultants, often for the most basic financial statements and often without impact, given 10 of the 22 disclaimed councils had spent R105-million on consultants.

It is indeed lamentable that the trajectory of municipal performance is rather unimpressive. Much of the progress made has unfortunately been eclipsed by the widespread ‘failure’ of many municipalities. Rather than moving communities forward, many municipalities have themselves regressed.

Municipal audit outcomes have worsened. The recorded R26-billion irregular expenditure — this includes the overpayment for goods and not adhering to procurement rules — is probably not the final tally because of inadequate municipal statements.

But municipalities also fail to recover all of what’s owed to them from rates, electricity tariffs and other levies; on average 63% is recovered. This means councils owe suppliers such as Eskom and water boards more money than is in the kitty, and helps explain the 209-day payment delays.

The bottom line? Revenue not collected, creditors not paid, councils in deficit.

All this is known. Finance Minister Tito Mboweni said as recently as May 2021 in his Budget Vote debate that 163 municipalities were in financial distress and 40 in financial and service delivery crises — and 102 municipalities adopted budgets they could not fund.

“It is indeed lamentable that the trajectory of municipal performance is rather unimpressive. Much of the progress made has unfortunately been eclipsed by the widespread ‘failure’ of many municipalities. Rather than moving communities forward, many municipalities have themselves regressed,” said Mboweni, adding later, “Poor political leadership demonstrated by political infighting in councils and political interference in administrative matters have served as a stumbling block to a viable municipal sector.”

Tuesday’s Auditor-General briefing to MPs was a heads-up, if you will, before the official release of the local government 2019/20 audit. Similar briefings have been given to the ministers of finance and cooperative governance, and others.

Maluleke spoke frankly, telling lawmakers it was all about stability and leadership.

“It is the type of leadership we deploy and appoint to specific roles that defines how an institution runs… Without dealing with the quality of leadership that’s in charge of institutions, we are not going to get this right.”

What needs to happen is clear. Whether politicians in the middle of councillor candidate selection and the municipal campaign trail will pay any heed, remains to be seen. DM