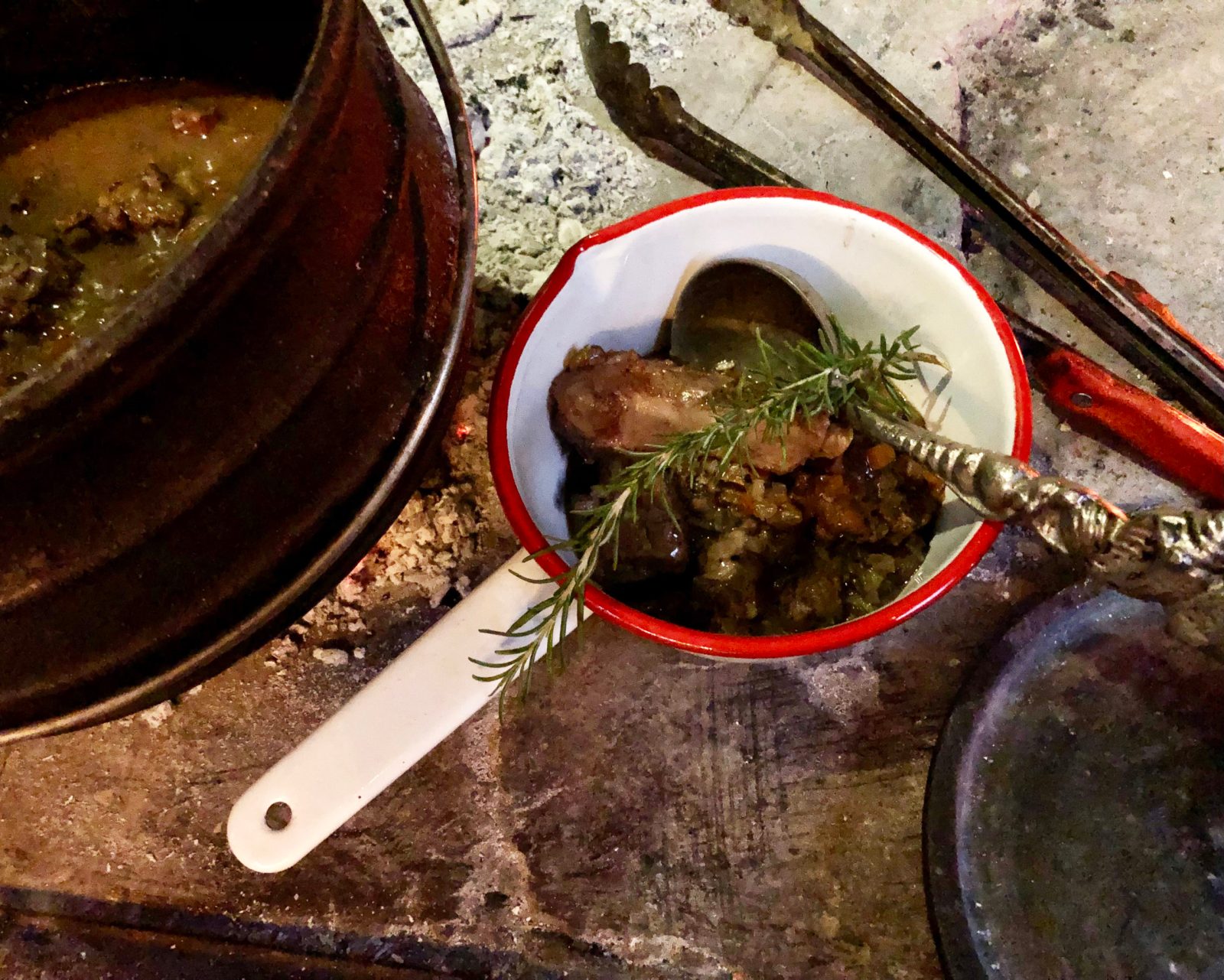 An intriguing spice compact and the use of two meats make for a palate-pleasing dish.

Nigella seeds, green peppercorns, mace, cassia and allspice aren’t often found in one dish, but I felt adventurous this Father’s Day. My gifts from family were love and affection, and the odd foodie accessory, but my gift to myself was an afternoon spent tending a potjie.

Nigella seeds are also known as kulunji, kala jeera, kalonji, black cumin and black caraway, and are the seeds of the fennel flower.

It’s common to use two kinds of meat in one dish in the Karoo; mutton and pork, venison and pork, or all three of those. The venison I had was springbok, and their rumps are small, so I used four. But use whatever venison you can get hold of. The pork and its fat bring levity to the dish, as does the fat that venison has none of.

There’s plenty of sherry in it too, and it’s finished with a shot or two of brandy. Dad food.

300 g venison rump such as kudu or springbok, cut into 3 cm chunks

Make sure you have a constant supply of hot coals.

Prepare all your vegetables and dice the meat. Trim away and discard some of the pork fat as you want larding of the dish, but only to a point, and not a fatty mess.

Place hot coals beneath the potjie and add a little oil. Add the chopped onions, garlic, carrots, celery and leeks, and cook, stirring now and then, until softened.

Add the meat and cook with the vegetables, stirring, until well browned.

Sprinkle flour over and stir while cooking for two or three minutes.

Add all the spices including the bay leaves and green peppercorns.

Hear the chicken stock, stir in the sherry and brandy, and add to the potjie.

Season to taste with rosemary salt, if you followed my advice and made some, or plain salt and a teaspoon of finely chopped rosemary.

Give it a stir, put the lid on, check the coals underneath and put a few more coals on the lid, and simmer for two and a half to three hours. Serve with rice. DM/TGIFood