State yet to finalise investigation after backtracking... 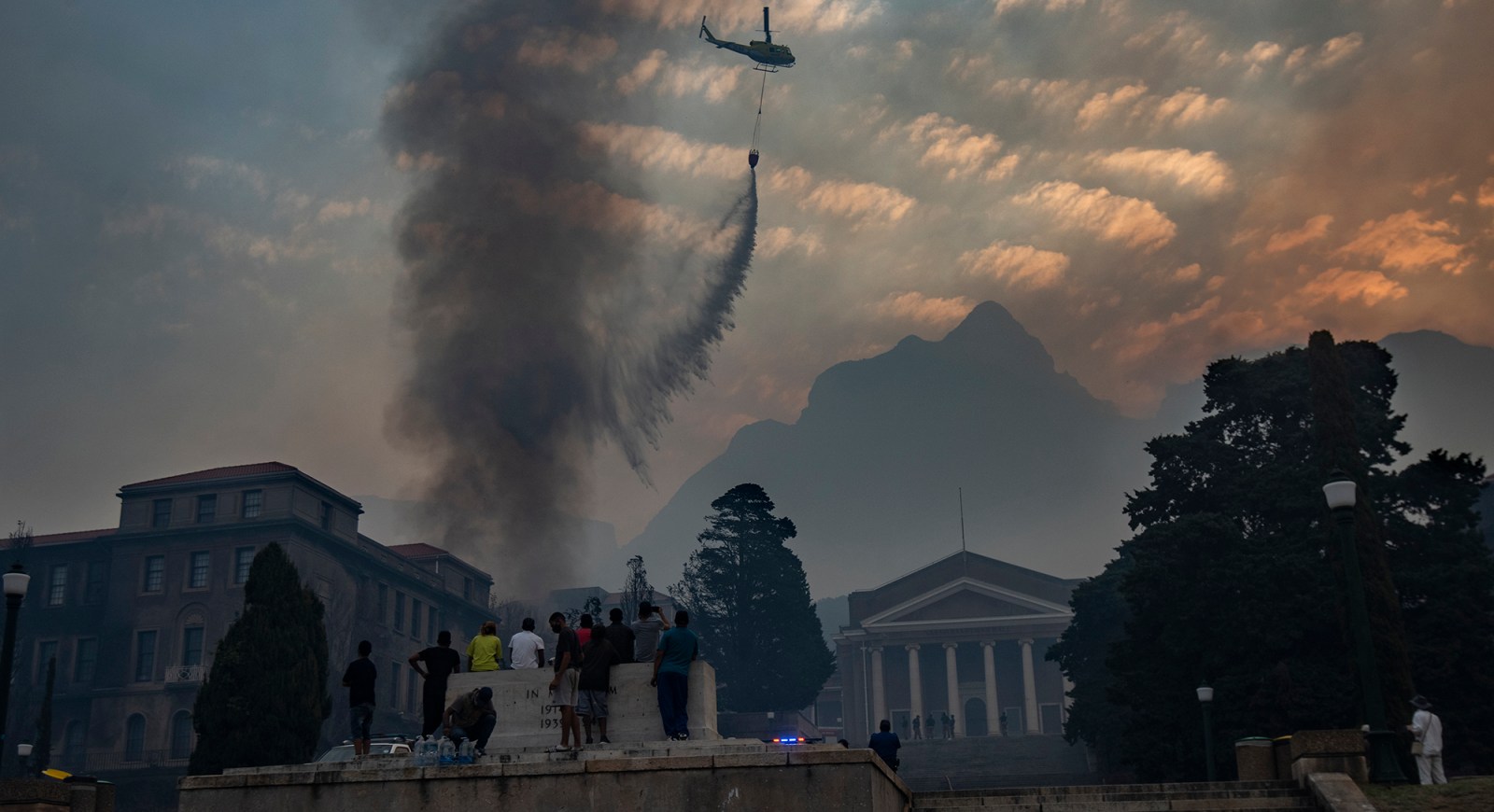 The state is yet to complete its investigations into the charge of contravening the National Environmental Management Act against Frederick Mhangazo in connection with a fire on Devil’s Peak, Cape Town. The state had previously charged Mhangazo with arson, but changed this charge 10 days after his arrest.

On 18 April, Frederick Mhangazo was arrested after being accused of starting a fire on the slopes of Devil’s Peak. Wildfire tore through Table Mountain National Park, Rhodes Memorial and the campus of the University of Cape Town, some distance away from Mhangazo’s arrest.

He first appeared in the Cape Town Magistrates’ Court on 20 April. The matter was postponed to allow for his address to be confirmed.

On 28 April, the state changed its charge of arson to a charge of contravening the National Environmental Management Act. Mhangazo was released on R500 bail and told the matter would proceed in court on 18 June 2021.

On 18 June the court heard that the investigation was yet to be completed. The state applied for a postponement in order to complete its investigation.

Mhangazo’s attorney, Shaun Balram, objected to this. “The state was given the opportunity to investigate, however it was not completed. Our client has a right to a speedy trial and a fair trial and these postponements must come to an end,” Balram said.

Therefore, it was postponed by two weeks to 2 July 2021 by which time the final investigation must be complete.

“If the investigation of the state is complete then we will ask for a copy of the documents to get the particulars. From there we decide what our strategy will be moving forward,” said Balram.

“Should it not be, then we will object and ask for the matter to be removed from the court roll. We will state that they have been given a more than reasonable opportunity to investigate and have their house in order,” he said.

Outside of the court, Mhangazo said: “I’m doing good. Freedom is very important.”

Mhangazo is from Tanzania and has been living in South Africa since 2013. He came to the country “looking for a better life and opportunities”, Balram said, and to study Information Technology at the College of Cape Town.

Mhangazo has enjoyed staying at Our House where he has become integral in its day-to-day running. The house was started as a place for homeless people to live after the Strandfontein camp was closed down. It is run by homeless people, however, it relies on a private funder.

This funder has failed to pay rent and the group faces possible eviction. “We will deal with this matter and help them to stay there as long as possible until they got alternative accommodation,” said Balram. DM/MC.