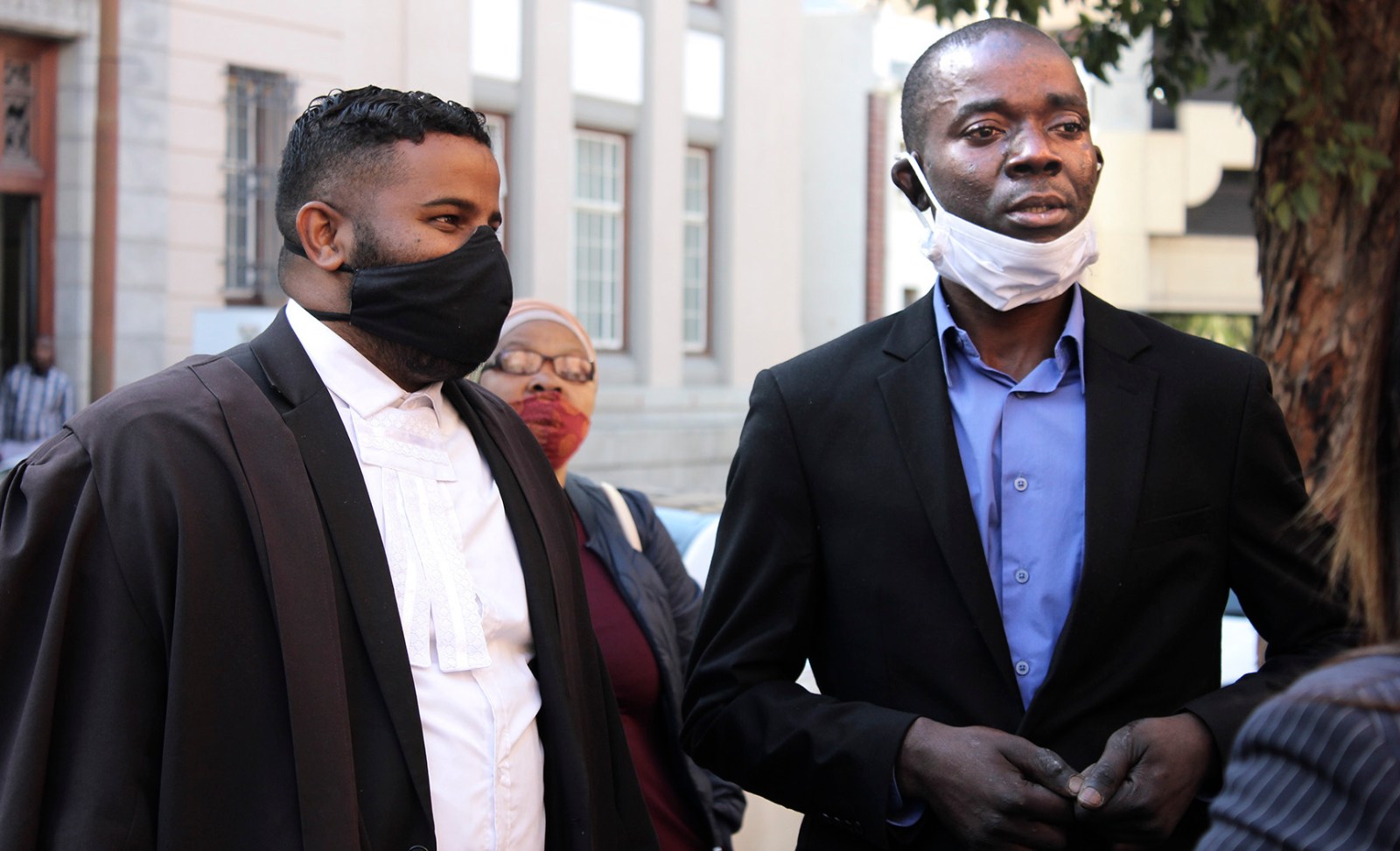 The State has changed its charge of arson to a charge of contravening the National Environmental Management Act in its case against Frederick Mhangazo, who lived on the slopes of Devil’s Peak.

The State is now pressing charges of contravening the National Environmental Management Act against Frederick Mhangazo in connection with a fire on Devil’s Peak, Cape Town. Until the morning of Wednesday, 28 April, it was pressing charges of arson against him. It is not yet clear which section of the act he is said to have violated.

Mhangazo was released on R500 bail in the Cape Town Magistrates’ Court on Wednesday. The matter will proceed in court on 18 June. It was postponed to allow for further investigations.

In addition, the matter was moved from the regional court to the district court.

When Mhangazo left the court building, he was greeted by members of civil society as well as the team from Our House, who will provide him with accommodation, and his pro bono lawyer Shaun Balram. Tears rolled down Mhangazo’s cheeks as he addressed the media. He thanked Balram for his assistance and lamented the hostility that homeless people face.

On 18 April, Mhangazo was arrested and accused of starting a fire on the slopes of Devil’s Peak. This was as a wildfire tore through the Table Mountain National Park, Rhodes Memorial and the campus of the University of Cape Town some distance away.

He first appeared in the Cape Town Magistrates’ Court on 20 April. The matter was postponed to allow for his address to be confirmed.

At the time he gave his address as an intersection between Hanover Street and District Six. Balram said Mhangazo had lost all his belongings in the wildfire that raged on the mountain’s slopes.

Mhangazo is from Tanzania and has been living in South Africa since 2013. He came to the country “looking for a better life and opportunities”, Balram said, and to study Information Technology at the College of Cape Town.

Our House provided the address, and the R500 bail was provided “by members of the community and the People’s Commission Organisation”, said Balram. Mhangazo was in custody at Pollsmoor Prison from 18 April until 28 April.

Our House believed Mhangazo would struggle to get bail as homeless people’s addresses are often not seen as verifiable by the court, said Mesquita. If the court says a person is homeless, then that person is sent to Pollsmoor Prison for a week while they verify the address. This often leads to further postponements and the person can end up in prison for three to six months.

Our House invited Mhangazo to become a resident at the house and use its address as his own, said Mesquita. Our House also provided an affidavit stating that Mhangazo would be able to attend court appearances from this address.

This permanent address was a game-changer, said Balram.

“We knew that for anyone to get bail, we must satisfy the factor and element of having a fixed address, because if one does not have a fixed address then the court cannot grant you bail because they will not be able to get you back to court should you fail to come to court,” Balram said.

Mhangazo has applied for a permit to be in South Africa and this is being investigated, Balram said. DM/MC