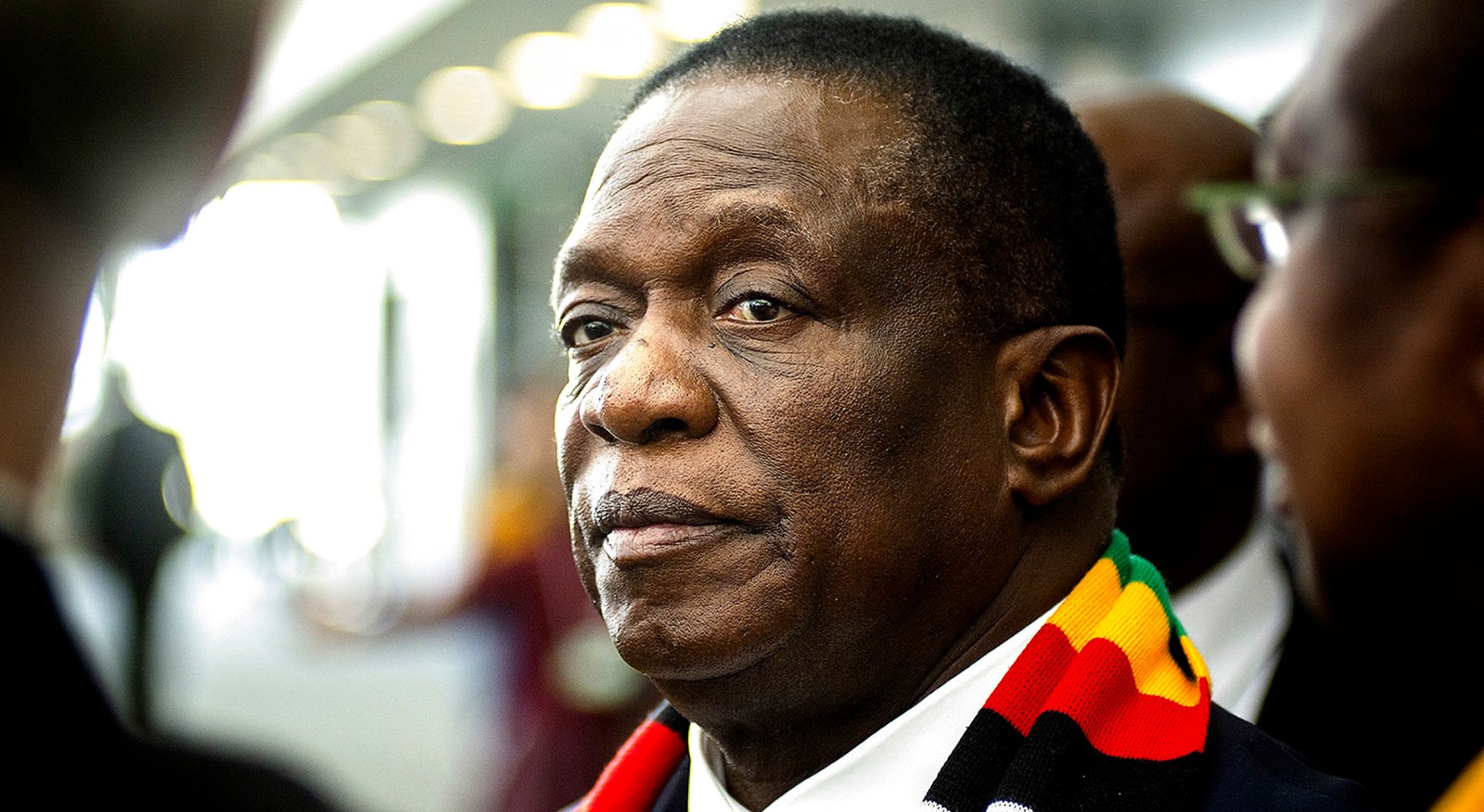 Zimbabwean President Emmerson Mnangagwa argues that the attack on the Capitol shows that the US has no moral right to punish another nation under the guise of upholding democracy. (Photo: Waldo Swiegers/Bloomberg via Getty Images)

A report written by the private consultancy Africa Risk Consulting (ARC) promises to reignite questions about the capture of Zimbabwe’s economy by cartels and politicians that were raised in the report on Cartel Dynamics published by Maverick Citizen earlier this year.

The nearly 50-page report, titled Zimbabwe Political Economy Stakeholder Map, was published in March 2021. It is circulating widely in Zimbabwe but is confidential and not available online. We have, however, confirmed its authenticity.

In a webinar several weeks ago discussing illicit financial transfers in Zimbabwe, former Zimbabwe Finance Minister Tendai Biti described the Cartel Dynamics report as “only scratching the surface of corruption”. However, unlike the report published by Maverick Citizen which focuses on five case studies of sectors of the economy that are alleged to have been captured by cartels (roads, fuel, agriculture, tobacco and mining), the ARC report focuses on what it calls “the most significant players”. It describes who it says “the key individuals are, their stake in the system, how they operate, and their main professional and personal affiliates”.

In the introduction to the report, ARC says that this is necessary because “Zimbabwe is rapidly moving toward a Russian-style oligarchical system. It’s becoming a regional hub for laundering illicit wealth that is fuelling violent conflict.” However, ARC suggests that putting its information into the public domain is in the public interest because “this system of governance hasn’t yet been consolidated”.

The report does not provide a detailed analysis of its findings; it notes that “the world is rapidly connecting the dots between the decline of democracy and rise of authoritarianism, kleptocracy, and corrupt transnational networks. The international community is increasingly aware of how these links manifest in Zimbabwe to the detriment of its people.”

Its “stakeholder map” is drawn under three headings:

Almost all of those named have extensive business interests in South Africa, as well as dual citizenship; in the cases of Moti, who it says “boasts of his close relationship with Mnangagwa, although he insists that it did not give his businesses any undue advantage” and Rudland who the report alleges (based on court papers) is worth $100-million and has “a complex web of companies in South Africa, Zimbabwe and reportedly also in Mozambique”.

Significantly, the economic areas linked to the nine correspond almost exactly with those identified in the cartel dynamics report published by Maverick Citizen in February: gold, tobacco, agriculture.

Allegations of corruption are not new to most of the “business acolytes” named. However, given his South African nationality and the location of the head office of the Moti Group in Sandton, Maverick Citizen contacted Moti for comment. His response was fast and furious.

Moti says he has not seen the report previously. On the issue of his relationship with Mnangagwa he says that “the relationship is limited to a professional one which originated because of President Mnangagwa’s understanding of the benefits a project like African Chrome Fields (ACF) would have to the economy of Zimbabwe”.

His response continues: “Meetings need to be held with all levels and departments of government in order to apply for permits and licenses, and this includes the highest level…”

“Mr Moti invested in Zimbabwe in the first quarter of 2014 prior to having any interaction with President Mnangagwa or Mr Chiwenga, and his interaction with them commenced with the introduction to them of the aluminothermic technology during the latter part of 2014, and more particularly in the beginning of 2015.

“Mr Moti is in the business of mining and beneficiation and would like to leave politics to politicians.”

Asked to respond to the more general allegations of grand corruption in Zimbabwe Moti responded as follows:

“… corruption is endemic in most parts of Africa, and it is an aspect that each government has to deal with independently and according to the degree and the depth of the corruption. Mr Moti’s involvement in Zimbabwe relates to mining operations and not politics …”

Finally, Moti included in his response a letter sent to Tara O’Connor, the Executive Director of ARC, stating that the report “will cause irreparable harm to my reputation and substantial economic harm to the Moti group” and demanding that the section of the report relating to Moti be retracted within 24 hours “failing which I intend pursuing legal action against you personally as well as ARC”.

This week O’Connor responded to Maverick Citizen’s questions about what ARC’s response to Moti would be, saying she was “not in any position to answer questions on a confidential report that we prepared solely for the use of [a] client”.

When it comes to “the ruling political elite” the ARC list is headed by President Emmerson Mnangagwa whose personal fortune it says is “estimated at $500-million” with “substantive stakes in at least four national banks, several gold mines and equity interests in transport and agribusiness companies,” although represented by third parties.

Mnangagwa’s wealth contrasts grotesquely with an annual per capita income in Zimbabwe of approx $1,400 (estimated by the World Bank in 2019). A June 2021 Economic Update on Zimbabwe by the World Bank estimates that 6.6 million people are living in extreme poverty.

Vice President Chiwenga is second on the list and interestingly, Finance Minister Mthuli Ncube features third. He is described as someone whose “promise of an ‘ambitious anti-corruption strategy’ rang hollow to finance officials. Finance officials in Washington (US) claim that Ncube was given the political cover to promise a crackdown on grand corruption at the heart of the government to get much-needed money into Zimbabwe.”

The Reserve Bank Governor follows hot on his heels.

The report ends with an incomplete analysis of Zimbabwe’s “military and security elite”, in particular the Joint Operation Centre (JOC), a body which it says includes officials from the military, police and civil service and is “the ultimate decision making power within ZANU-PF.”

Approached for comment this week, Piers Pigou, of the International Crisis Group said the ARC report was important because there are tendencies afoot to want to “airbrush corruption” out of analyses of Zimbabwe’s economic performance and prospects. But doing so “bypasses the need for deep democratic and economic reform” and the introduction of meaningful accountability by political and economic elites. He hoped that ARC would stand by its findings, despite the pressure it might come under. DM/MC