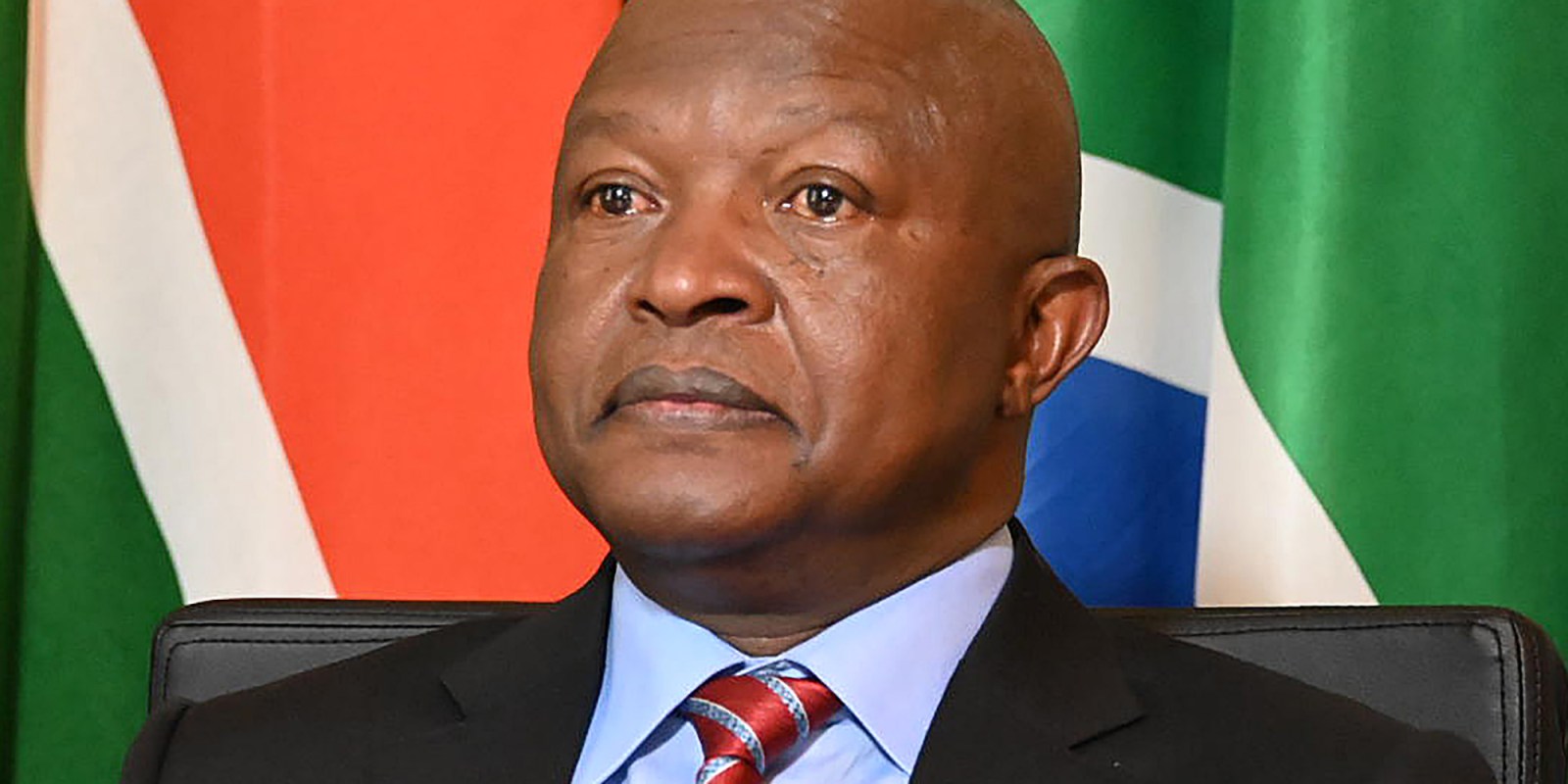 While the ANC has many people who provide much public evidence that could be used to divine their agendas and priorities, one of the key national figures is largely silent. Deputy President David Mabuza says very little in public, conducts no interviews and gives the impression he will answer questions only when legally obliged to, in Parliament.

Deputy President David Mabuza is a crucial figure, occupying key roles in two of the biggest challenges that the government is facing: the vaccination roll-out and Eskom. And still there is almost complete silence from him.

What are his plans for the future, and does he believe that he has a role to play in the ANC after next year’s National Conference? While it is obviously too early to say, there is evidence that he may have lost some of the power and leverage that he had, which got him into this current position in the first place.

On Tuesday afternoon, Mabuza answered questions in the National Council of Provinces as part of his legal obligation to do so as deputy president. He took questions about the vaccine roll-out, Eskom and municipalities.

It was a reminder of how seldom he speaks in public, and of how difficult it is to assess his ultimate agenda, and whether he is gaining or losing support.

The last time the ANC had a meeting bigger than the National Executive Committee was in December 2017, nearly four years ago. There has been no National General Council and no other big meeting of delegates sent by branches.

This makes it difficult to determine the dynamics and assess what is happening at branch level. It is not even certain if ANC branches are holding regular meetings during a time of physical distancing when many members are not able to meet virtually.

However, there is evidence that the ANC in Mabuza’s province of Mpumalanga is divided.

A planned provincial conference has been delayed several times, there has been serious violence in at least one gathering, and at one point it appeared as many as five different factions were vying for provincial power.

At the very least, this suggests that no one is in complete control of the party in that province. Considering that Mabuza’s control of many of the branches of that province was vital at the Nasrec conference in 2017, the question now is: what constituency does he represent or can he bring to the table?

And if he does not bring a constituency or a set of votes, then what bargaining chips does he have?

It is important to remember that there is evidence that Mabuza does not act alone, and that he and ANC Treasurer-General Paul Mashatile appear to have had a long and fairly close relationship, which could be an important piece of the puzzle.

Ahead of next year’s ANC National Conference, it would seem unlikely, considering the current situation, that Mabuza would be able to contest President Cyril Ramaphosa for power. And if he is not able to do that, or able to bring a constituency that helps Ramaphosa, then there is a truly crucial question to ask: does Ramaphosa still need Mabuza?

If the answer is no, then Ramaphosa can choose his own deputy in 2022, a person likely to be in the prime position to take over from him in 2027.

So the question “Does Ramaphosa need Mabuza?” could also determine the longer-term future of the ANC and, perhaps, even the country.

In the meantime, there are questions about Mabuza’s track record in government.

As stated earlier, two of the most pressing problems we face involve the vaccine roll-out and Eskom.

Mabuza is the chair of the Inter-Ministerial Committee on Covid-19 Vaccines and the chairperson of the Political Task Team on Eskom.

During the last few days, both have been major and urgent issues: there was Stage Four load shedding last week and a delay in the roll-out of the Johnson & Johnson vaccine doses.

On both issues, there has been an almost total silence from Mabuza.

Again, if he is not answering questions in Parliament, as he is legally obliged to do, then he is likely to remain quiet everywhere else.

He very seldom takes questions and has conducted no sit-down interviews where strong interrogation could put him in an awkward position.

He is not the first SA deputy president to behave in this way.

Ramaphosa did very few interviews while he was Zuma’s deputy, Kgalema Motlanthe did not answer many questions while he was deputy president, and Jacob Zuma was also reticent as deputy to then-president Thabo Mbeki.

But Zuma, Ramaphosa and Motlanthe had all conducted many interviews and held press conferences before coming to that office. This means that many people had a chance to form an opinion of them before they came to the position.

Mabuza is different: due to a lack of interviews and opportunities, most people simply have no view of him, they don’t know him, they don’t have a feeling for his personality or his opinions. They know only what they have seen and heard and read reported in the media; they have not experienced him directly through radio or television interviews, or read his own words in a written interview.

This may turn out to be a massive weakness.

While in the past the ANC could win elections with an unpopular person at the helm, now there is evidence from the 2019 election of how important the image of the leader is. The party itself has said that it was the image of Ramaphosa that helped it to victory. This would make it harder for Mabuza to win a general election as leader of the ANC without changing his strategy dramatically.

Nothing is preventing Mabuza from giving interviews, no protocol, no policy, no law, no regulation. It must be a deliberate strategic choice.

It may also be that for many ANC branches next year the most important question is whether the party can survive. In the closing hours of the Nasrec conference, a debate about land expropriation without compensation nearly led to the conference collapsing. This may mean that for many in the ANC the best option will be the safest.

The options available could be:

a) No one in the ANC wants to make major changes and Ramaphosa keeps Mabuza; or

b) Ramaphosa does not keep Mabuza and no one seriously challenges him or his choice of replacement for Mabuza.

While much of South Africa will spend the rest of the political year focused on the local elections, the ANC’s own electoral clock is ticking. Mabuza may soon run out of time to change the dynamics, the maths or the strategy, should he wish to assert a longer-term political agenda. DM