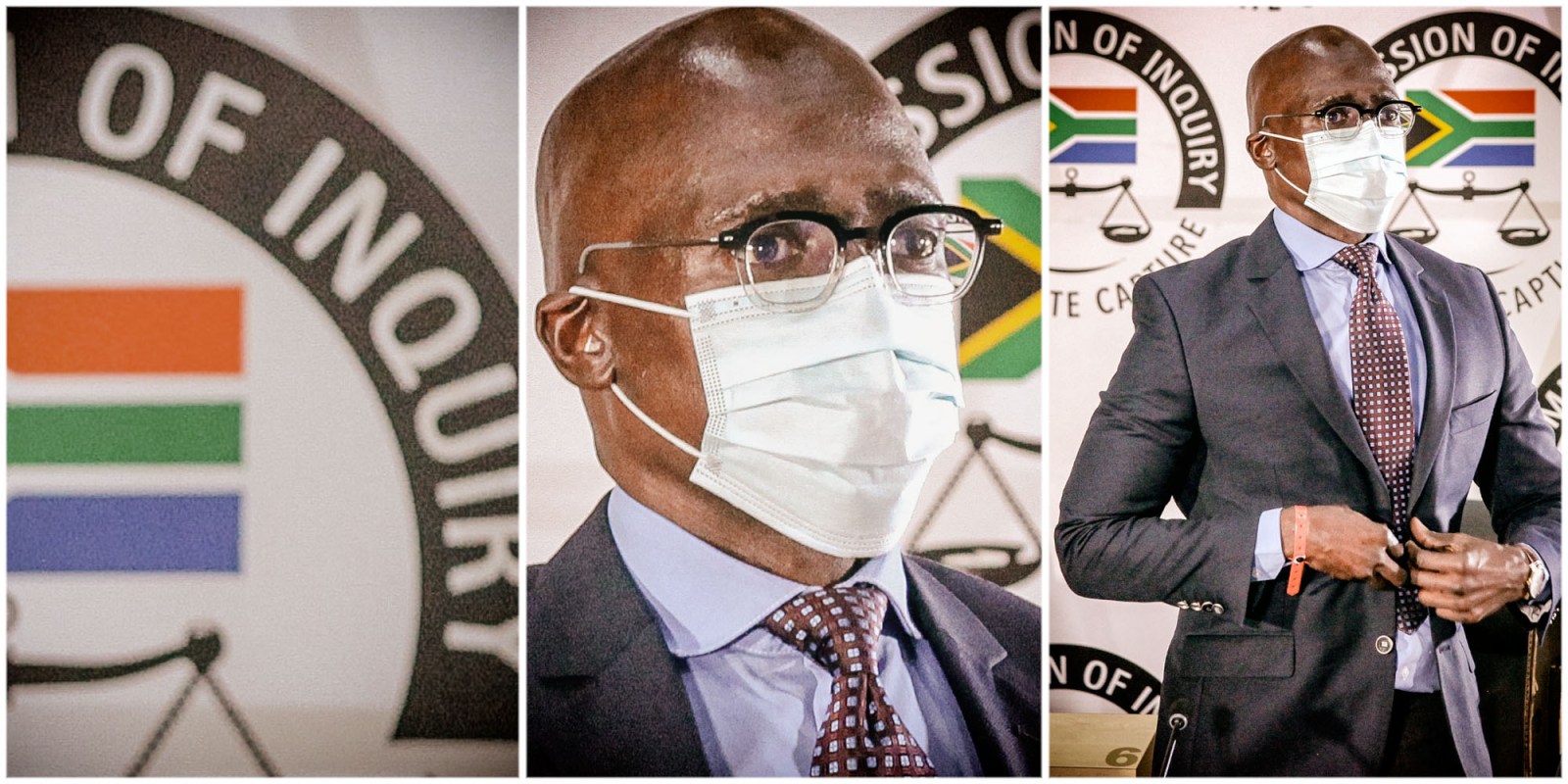 Returning to the Zondo Commission on Thursday, former minister Malusi Gigaba described his estranged wife, Norma Mngoma, as a ‘pathological liar’ who had made up evidence to link him to corruption allegations.

Former minister Malusi Gigaba, returning to the Zondo Commission on Thursday evening, has continued to deny testimony from his estranged wife, Norma Mngoma, whom he labelled a pathological liar who fabricated evidence to implicate him in State Capture allegations.

Mngoma has testified that Gigaba was in regular contact with the Gupta family while he served in various ministerial roles and that the family gave him large amounts of cash, supported his family and paid for trips to Dubai and Mauritius.

Mngoma testified that she and Gigaba had visited the Guptas’ Saxonwold home on multiple occasions and during one visit they were taken on a tour by Ajay Gupta where they were shown what she initially described as an ATM. Later, she clarified that what she thought was an ATM was a cash dispensing machine.

The Gupta family, who allegedly laundered the billions they received in tenders out of South Africa, are accused of bribing multiple government and state-owned entity executives with bags of cash.

“I was never part of this tour,” said Gigaba, denying knowledge of the cash dispensing machine or a tour of the Guptas’ home.

“My understanding is that an ATM should be an available instrument to the public. I don’t know anything about this.”

The former minister claimed it was yet another example of Mngoma fabricating evidence. In previous testimony, Gigaba suggested that Mngoma had been coached to tarnish his reputation and implicate him in corruption allegations.

On Thursday evening, Gigaba suggested Mngoma was aiming to inflict maximum damage after the pair’s divorce settlement discussions had stalled. He denied Mngoma’s claim that the Guptas paid for the couple to visit Dubai, where Ajay Gupta allegedly bought him an expensive watch.

Mngoma has testified that she had nothing to gain financially from testifying about her husband, claiming he had few assets and that the pair had ceased divorce settlement discussions. Gigaba claimed Mngoma’s lawyers had requested they waive their antenuptial contract and that negotiations would continue after the Zondo Commission.

Mngoma was arrested by the Hawks in July 2020 after damaging a vehicle owned by Gigaba’s friend, North West businessman Thapelo Tshephe. The arrest was carried out in Gauteng by officers from Mpumalanga. A court has since deemed the arrest unlawful and ordered police to restore information allegedly removed from her electronic devices.

Mngoma has alleged that Gigaba orchestrated her arrest, through officers with whom he had a prior relationship, to remove incriminating evidence from her electronic devices. Gigaba told Zondo he reported Mngoma in July 2020, after she damaged the vehicle, to an officer who was investigating her alleged role in a plot to murder him.

He said he did not know which division of the Hawks the officer served in nor did he know the outcome of the investigation into the murder plot claims.

Gigaba denied the arrest was an attempt to remove incriminating evidence from Mngoma’s cellphones and said the commission should ask the SAPS for records of whether its officers deleted any information.

While Mngoma’s testimony strongly suggested that Gigaba had acted on behalf of the Gupta family and they rewarded him for his help, she also told Zondo that at times the former minister tried to resist their influence.

On Thursday, Gigaba maintained that Mngoma’s evidence was damaging to his reputation.

“In my view, Chairperson, the mere fact of these testimonies and the issues being raised here do a lot of harm to me, to my reputation, to my profile and public standing in the manner in which they are raised and the extensive lies which have been perpetrated,” he said.

Gigaba is scheduled to continue his testimony on Friday. DM