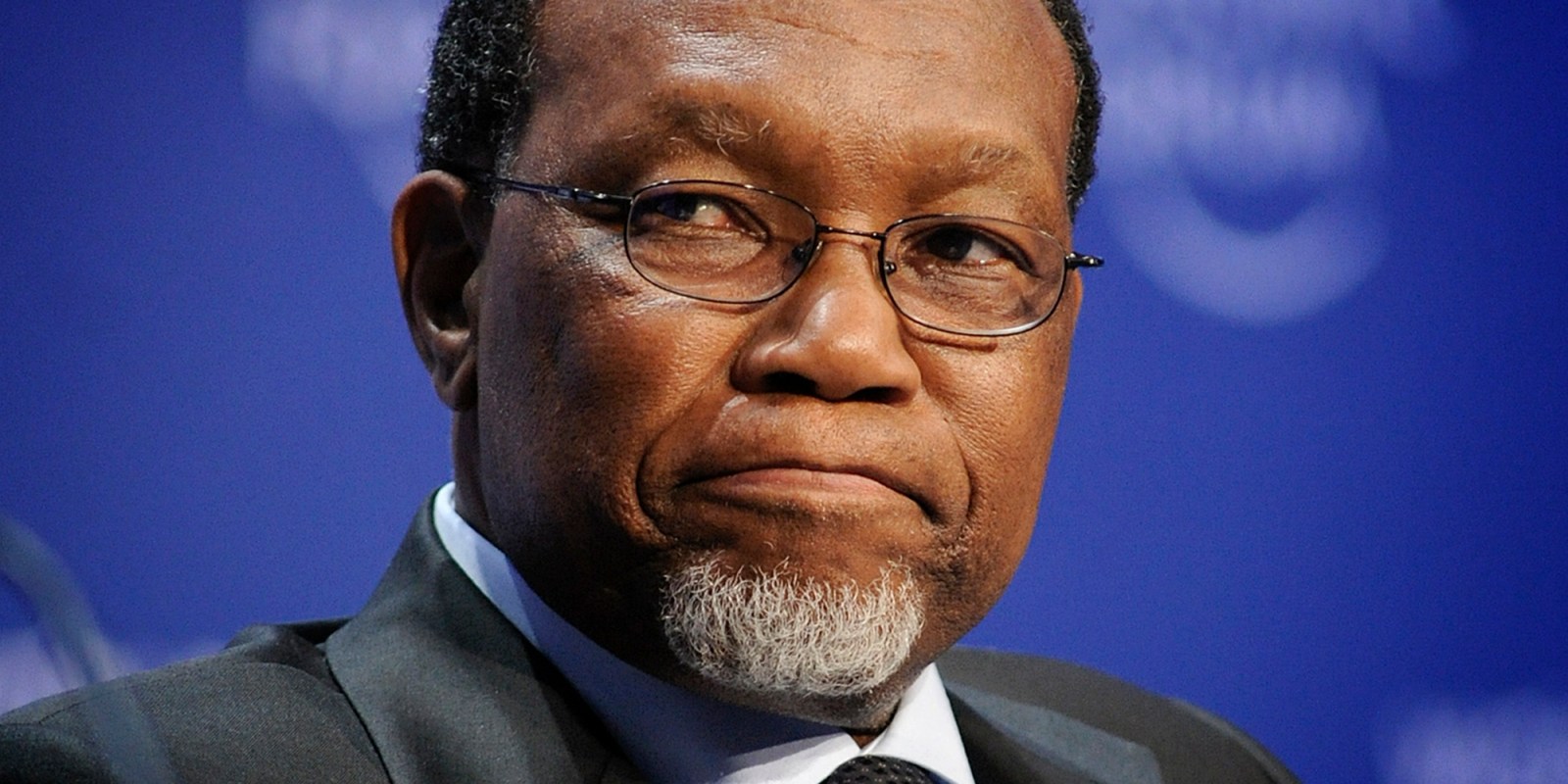 As President Cyril Ramaphosa appears to be cementing his political position within the ANC, so too it appears that Kgalema Motlanthe is beginning to play an important supporting role.

Former president Kgalema Motlanthe has become involved in processes that will have a very real outcome on the political balance of power in the ANC. This is intriguing, because it suggests that he could still play a pivotal role despite not holding a formal position of power.

The development may also be part of a longer-term relationship between Motlanthe and President Cyril Ramaphosa, amid some evidence that Motlanthe may have played a vital role in helping Ramaphosa to secure the top job in the first place.

There can be no doubting Motlanthe’s return to positions of influence and power in our politics.

First, the ANC’s National Executive Committee announced that he was going to be the chair of the party’s new Electoral Committee. He is now overseeing the process of selecting candidates to represent the party in the upcoming local elections. This is a massive loss of power for the office that used to oversee this key process, that of the ANC secretary-general.

Then, there is the process that has played out in the Free State, where, after a court case overturned the election of the provincial leadership, the National Working Committee of the ANC asked Motlanthe to broker talks between the different factions. In the end, a task team was finally set up.

Importantly, the convenor of that team is Mxolisi Dukwana, the suspended Secretary-General Ace Magashule’s local nemesis, the man who led the charges against him for years. (The deputy convenor is Premier Sisi Ntombela, presumed to be an ally of Magashule, suggesting she was chosen to achieve some form of balance.)

Both of these roles played by Motlanthe would have been difficult, requiring extreme patience, political dexterity, and perhaps most of all, a strong case of personal legitimacy. He would have to have been trusted by all sides and be seen as someone whom you cannot oppose, someone who is hard to criticise once the decision has been made.

There is apparent willingness on his side to play these roles.

In 2017 he chaired what was called the High Level Panel on the Assessment of Key Legislation and the Acceleration of Fundamental Change for Parliament. His report led to important recommendations and resulted in last week’s high court decision declaring the Ingonyama Trust’s rent-seeking unlawful.

There is still plenty of work for him to do.

There is a shortage of people within the ANC who are seen as independent and competent enough to chair important processes or committees. While in other political parties this function is often fulfilled by former leaders, difficulties in the relationships among the ANC’s former leaders have made that difficult, or impossible.

Zuma beat Mbeki at Polokwane in 2007 and then humiliated him by recalling him in 2008, which meant Mbeki could not play such a role. (Just last week, Mbeki said that he could not campaign for the ANC during the Zuma era because the party “did not have a good story to tell”.)

Also, while Zuma was leader, Motlanthe ran against him at the ANC’s Mangaung Conference in 2012. While they did work together as president and deputy president after Motlanthe’s defeat at Mangaung, there may still have been some animosity between them.

This could perhaps be not so much because Motlanthe lost, but because he dared to run against Zuma in the first place. This may have been the real reason that Zuma decided to make Ramaphosa his deputy president.

As Qaanitah Hunter has written in her book Balance of Power, it was then Free State ANC leader Magashule who first asked Ramaphosa to be Zuma’s deputy. It may be that this faction felt they needed Ramaphosa to ensure victory over Motlanthe. Over time Zuma might well have realised the absurdity of what had happened.

The theory then would go that Motlanthe only ran not to beat Zuma, but to place Ramaphosa in the best possible position to beat him and his faction five years later.

This may be borne out by Motlanthe’s own behaviour when his loss was announced: he held up his hand straight into Daily Maverick’s Greg Marinovich’s camera, and held up two fingers. It seemed he was quietly celebrating a victory when everyone else was celebrating his defeat.

If this is true, then Ramaphosa would probably be aware of it, and thus be perfectly happy to allow Motlanthe this space in which to work. Their history within the National Union of Mineworkers means they have known each other for many years.

This, of course, is very useful for Ramaphosa. He needs someone who can preside over processes that will lead to the outcomes that he desires. It may be a continuation of his strategy of creating a process first, and then allowing it to play out while having a pretty good idea of how that process will end (a strategy which appears to have worked fairly well for him in dealing with Magashule).

There is another important process playing out here. It may now be that our politics become more “normal”, in that former leaders start to play important roles. There are things they can do, processes they can move along, commissions they can chair.

Mbeki’s comments last week and Motlanthe’s important roles here could be evidence of this.

Of course, this should not be overstated. It is unlikely that Zuma will be asked to play any role whatsoever as long as Ramaphosa is leader of the ANC…

In the meantime, though, it appears that Ramaphosa may now have a useful ally, someone with influence and experience, someone he can trust, and someone who has a desire to help fix the ANC. DM